March 2019 is in the books and overall it wasn’t to extreme. We did cool down quite a bit from the warmer than average February and precipitation was lacking. However, the averages all came in about normal for the month.

Temperature
March ended with a mean temperature of 42.9°F putting is cooler than the average of 45.5°F. When looking at the highs and lows, the means of each the values were both on the low end, but still closer to average than records. March’s mean high temperature ended at 53.5°F and the low at 32.4°F. The warmest day recorded this March was 76 on the 14th and the coldest temperature was 9 degrees on the morning of the 5th. 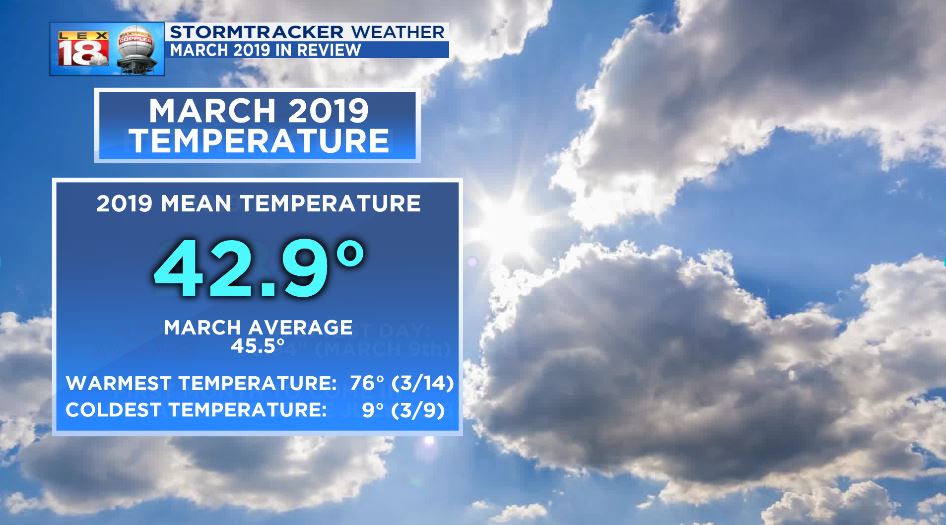 Precipitation
Precipitation was less than impressive in March. March ended with a total precipitation value of 2.87” which came in shy of the normal by 1.20.” The normal for the month sits at 4.07.” March also happened to be the first month to come in below normal since July 2018. The wettest day in March 2019 only produced 0.94” of precipitation. March 2019 will go down as having only 10 days of measurable precipitation out of the 31 days. 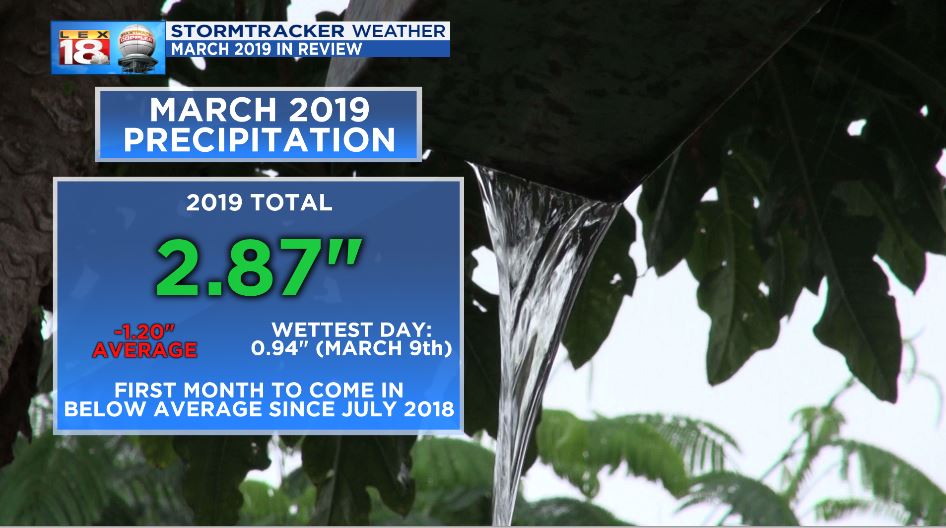 Snow
Snowfall was actually on the higher end of normal even though we only collected 3.3.” Most of that fell on two days both totaling 1.5” on both the 3rd and 8th of the month. The remaining 0.3” fell on the fourth which also gave the highest snow depth of the month with 2” on the ground after the combined snowfall from the 3rd and 4th. The 3.3” of snowfall in March 2019 was the 41st highest monthly snowfall total ever recorded in the month of March. 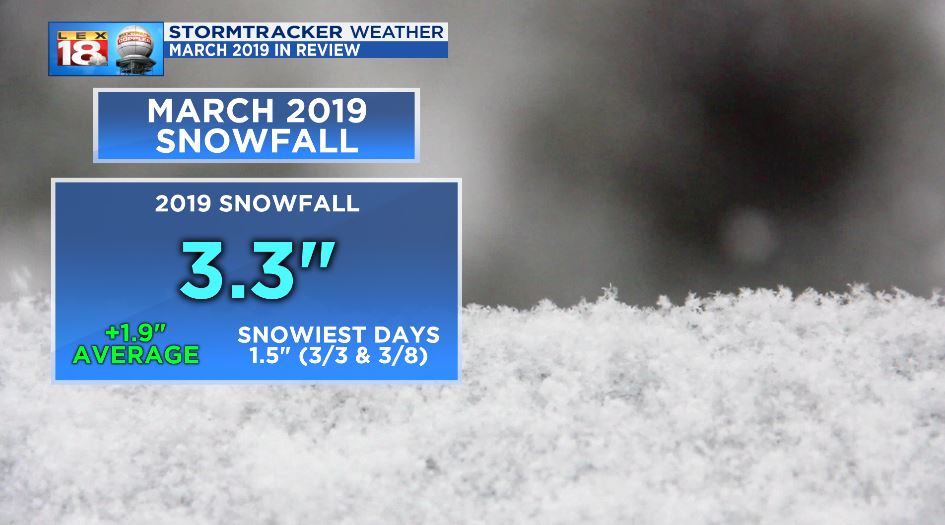