The First Ever Images of a Black Hole

No, it’s not an artist. The National Science Foundation released the first ever images of a black hole today. The image was stitched together using the Event Horizon Telescope (EHT), a global network of telescopes.

This black hole is located in the center of M87 galaxy, which is 55 million light-years from Earth. (One light-year is almost 6 trillion miles!) The supermassive black hole has a mass 6.5 billion times of our Sun.

According to NASA, a black holes are huge amounts of matter squeeze into a small area. This creates a massive gravitational field which draws in everything around it, including light. The material that accumulates around the black hole is heated to billions of degrees and reaches nearly the speed of light. Light bends around the gravity of the black hole, creating bright ring at its entry point.

Taking a photo of a black hole is not an easy feat. A photograph is taken by letting light reflected from a subject stream into the lens. A black hole’s strong gravitational effect doesn’t let anything escape, including light. No light, no black hole photos. So how did we get this photo? Telescopes captured the light from the material being pulled into the black hole – the “point of no return.” The image is truly showing the silhouette of a black hole. 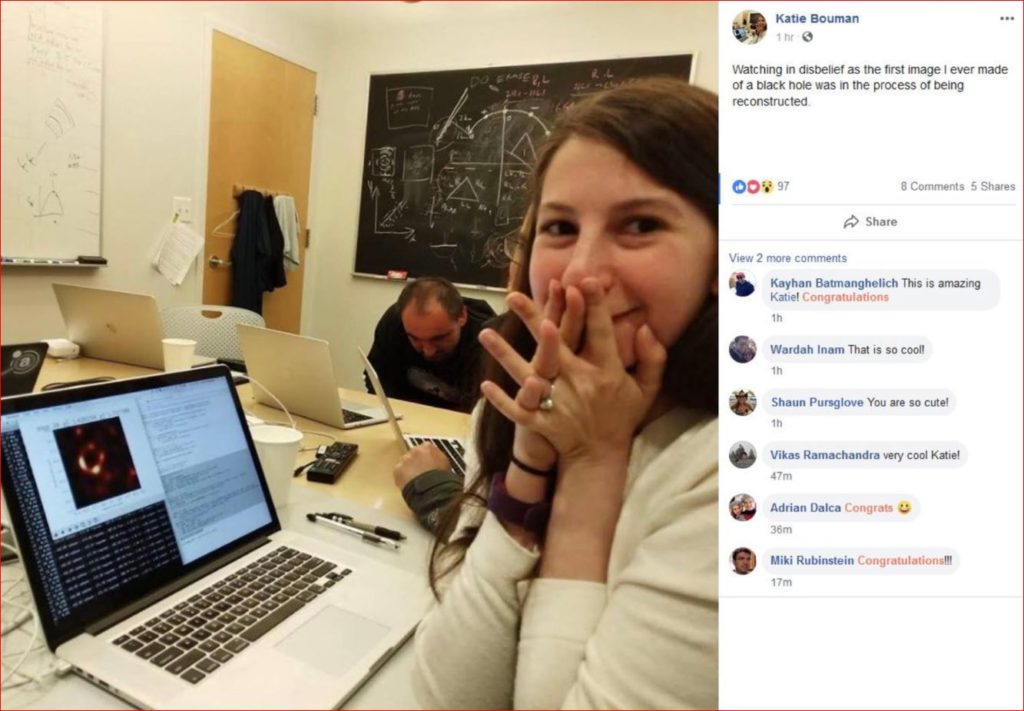 The eight ground-based telescopes of the EHT network brought in an enormous amount of data. The challenge was compiling the data and pulling it together. While studying at MIT, computer scientist Katie Bouman developed a new algorithm to stitch together the collected data. Talk about girl power in STEM!