Not All Blizzards are “Bombs”

A mighty late-season system continues to barrel through the Plains and Upper Midwest. This was a real-deal blizzard. Fierce winds and heavy snow impacted areas from Denver to Minneapolis. Some parts of South Dakota have picked over two feet of snow. There was also the potential for strong and severe storms yesterday on the “warm” side of the storm. There was even a severe thunderstorm warning issued within a blizzard warning in southwestern Minnesota. Gotta love it!

Winter or spring? Can't remember the last time I saw a Severe Storm Warning within a Blizzard Warning. Something for the entire family…#atleastwedontgetearthquakes pic.twitter.com/uTn3R9TTir

There was a chance that this storm was going to “bomb out.” You might remember hearing the term “bombogenesis” or “bomb cyclone” last month. A storm along a similar track “bombed” and dumped snow on Denver. Bombogensis is a process that occurs when a low rapidly intensifies over a short period of time. The official definition is a pressure fall of 24 millibars over 24 hours. This storm didn’t quite reach that criteria. 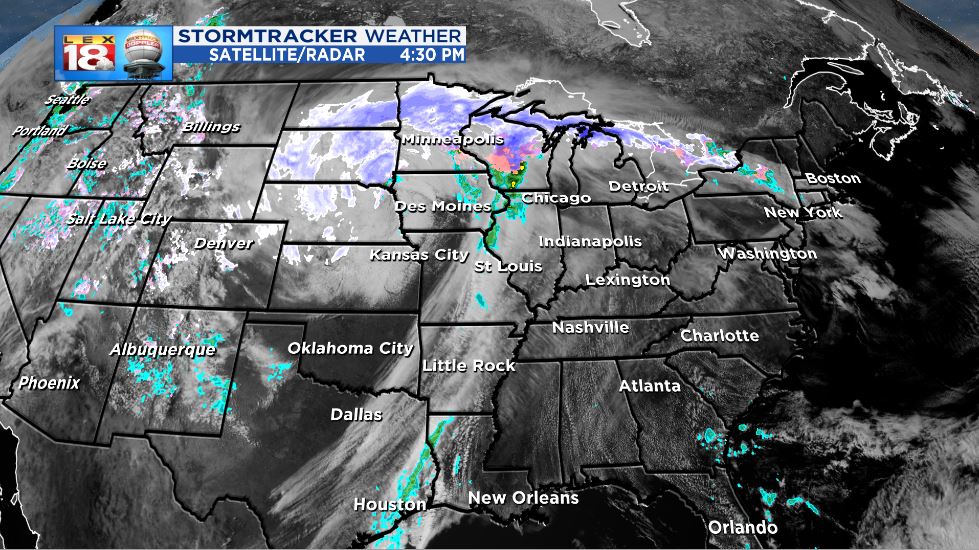 We’ve all heard of yellow snow, but what about dirty snow? A meteorologist shared a photo of the dirty snow in Minnesota. This isn’t your ordinary snirt. A jet stream near the storm’s cold front was been strong enough to carry dust and dirt from Texas to Minnesota. Just another example of how meteorologically mesmerizing this storm is.

DIRTY SNOW! Here’s a photo I took this morning of the fresh snow in Mankato, MN. The brown tint on the snow is actually dust from Texas courtesy of strong winds. #Snow #MNwx #TXwx pic.twitter.com/aw84ivbIWX

We have reaped the benefit of this strong storm so far. Today was the warmest day of 2019 with temperatures in the low to mid 80s. Lexington came up two degrees shy of the record high. We will eventually start to see some precipitation by Friday morning as the cold front marches into the Commonwealth. The first half of Friday will feature the best chances for scattered showers and thundershowers. The activity will clear out in time for UK’s Blue-White Game in the evening. 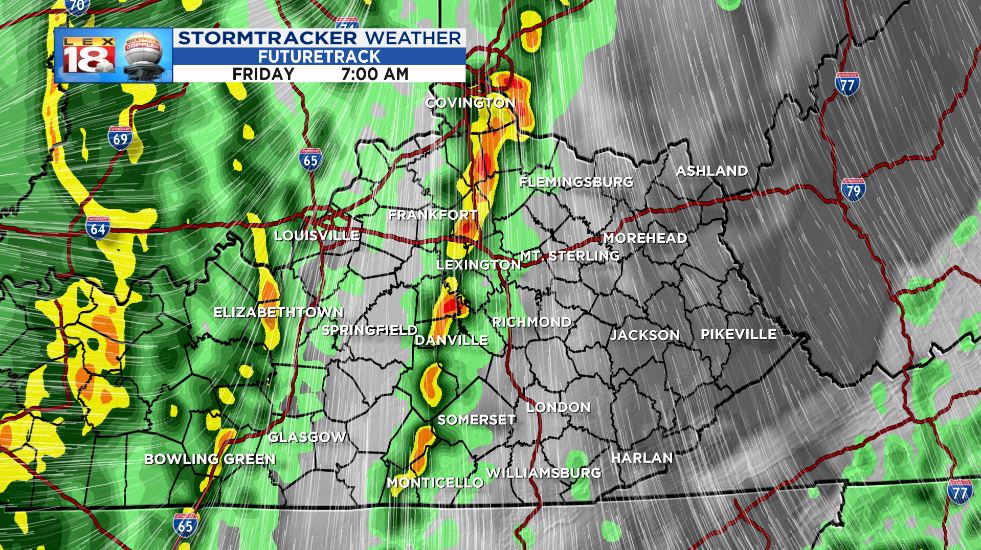