It’s been quiet so far this weekend, but by early Sunday morning things will be rocking-and-rolling across central and eastern Kentucky. A potent storm system, which has a history of producing numerous severe thunderstorms, is heading our way. There is still the potential for two rounds of strong to severe storms – one in the morning and another later in the day. 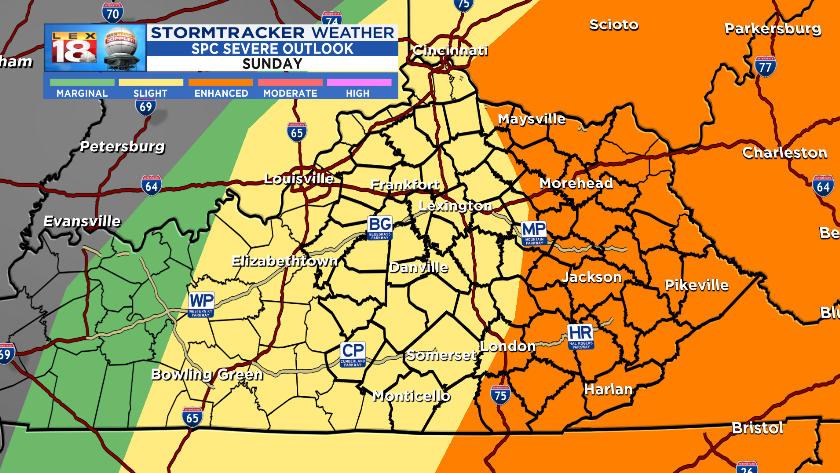 Since this morning’s update there have been some tweaks to the severe outlook. The Storm Prediction Center has scaled back the enhanced risk to now include just eastern Kentucky. The I-75 corridor is now in the slight risk category. This doesn’t mean that if you live in central Kentucky that you can let your guard down tomorrow. It just means that the probability of seeing a severe storm is greater out east, just like I was saying this morning on Sunrise. 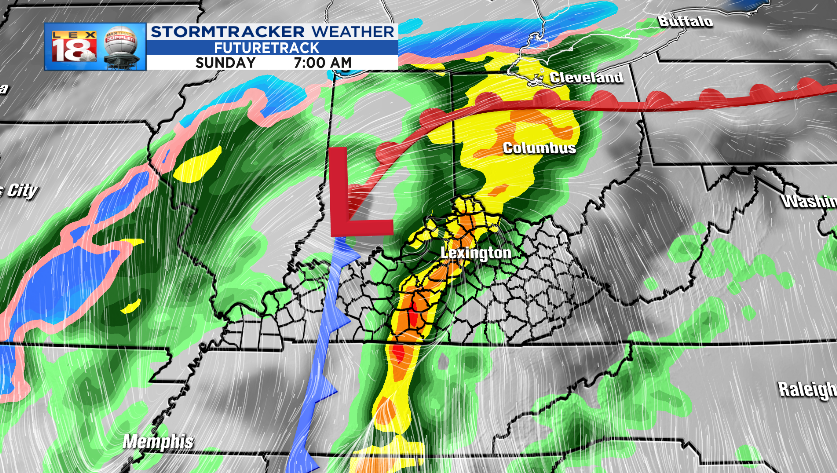 Widespread showers with embedded thunderstorms will surge into the area behind the warm front during the pre-dawn hours. Initially the strong winds will have a difficult time mixing down to the surface due to a temperature inversion (temperatures rising with height, as opposed to cooling which is normally the case.) Some strong gusts will still be possible, but the main feature will be heavy rain. This swath will weaken as it marches east through the morning. So the atmosphere across eastern Kentucky may not get a morning work out. This will be important later on. 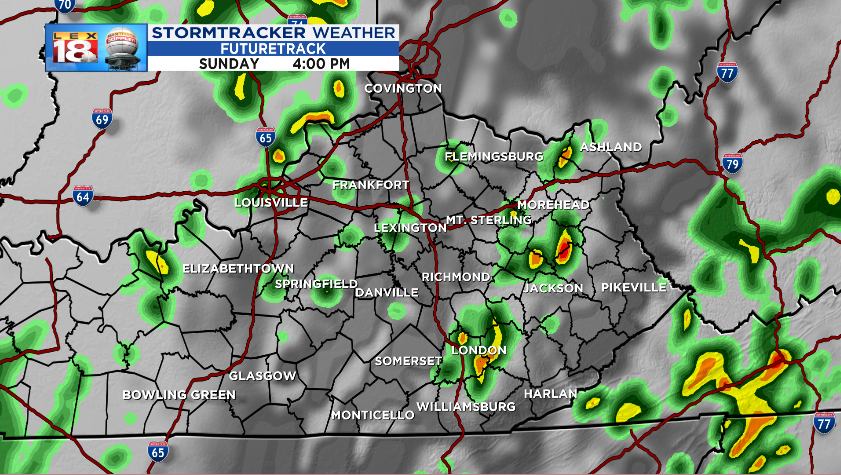 We are still expecting a mid-day lull, likely 11 AM to 2 PMish. This may be enough time for the atmosphere to recharge. There are also some uncertainties. Will there be breaks in the clouds? How warm will we get? How juicy will the air get? (How high will the dew point climb?) These are all important variables for storm re-development. This system’s cold front will be poised to cross the LEX 18 viewing area during the second half of the day. The boundary will provide the lift. A juicy airmass will provide the moisture. And any sunshine will add to the instability, or storm fuel. If all three of these ingredients come together, then additional strong to severe thunderstorms will be possible through sunset. Again, areas east of I-75 have the best chance for this scenario. 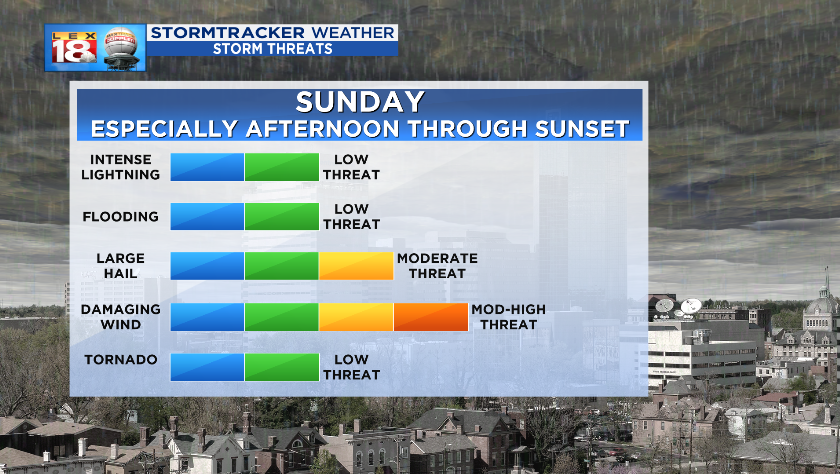 Heavy rain, gusty winds, and some small hail are the threats for any strong/severe storm during the morning round. All severe threats are on the table for the late-day batch. Damaging winds remain the #1 threat. Even outside of the storm risk, it will be a windy afternoon with gusts between 40 and 50 mph. A Wind Advisory has already been issued for eastern Kentucky. The Bluegrass will likely be included at some point Sunday. Afternoon storms will also be capable of producing large hail (remember one of the criteria for a severe thunderstorm is hail at least the size of quarter), more heavy rain, and an isolated tornado. You will want to have a way to get weather alerts, whether it’s a weather radio or the LEX 18 StormTracker Weather app. Thunderstorms may blossom quickly and race through the area tomorrow afternoon.