This year’s Easter Weekend isn’t going to be the best (as a whole), but Easter Sunday looks a lot better than Saturday. That being said, Easter falls in a stretch that can see great variability in the weather and it’s not uncommon to see cold, hot, sunny, rainy, or even snowy Easters here in the Bluegrass. 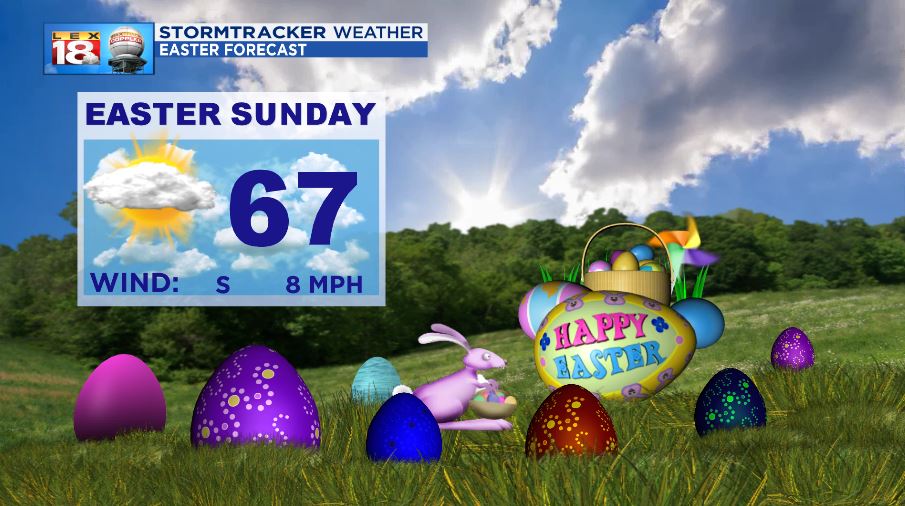 This year, we get a split weekend forecast. Saturday will be dreary with abundant cloud coverage and rain showers. Easter Sunday shapes up to be a lot nicer. Temperatures start cold in the upper 30s but end 30 degrees warmer around 67. More sunshine will be available, especially if you live along and west of I-75.

Late March through April is a warming period, but cold spells do happen. All it takes is a strong low-pressure system to drop south and funnel cold Canadian air down to make things winter-like, even in late April. Still, with more sunshine and higher sun angles, temperatures can get downright hot too.

The warmest temperature ever recorded in Lexington on Easter Sunday was 84°F in 1910 & 1941. Easter Sunday fell on March 27th and April 13th, respectively.

The coldest temperature recorded on Easter was on March 29th, 1964 with a low of 17 degrees. That seems pretty miserable! 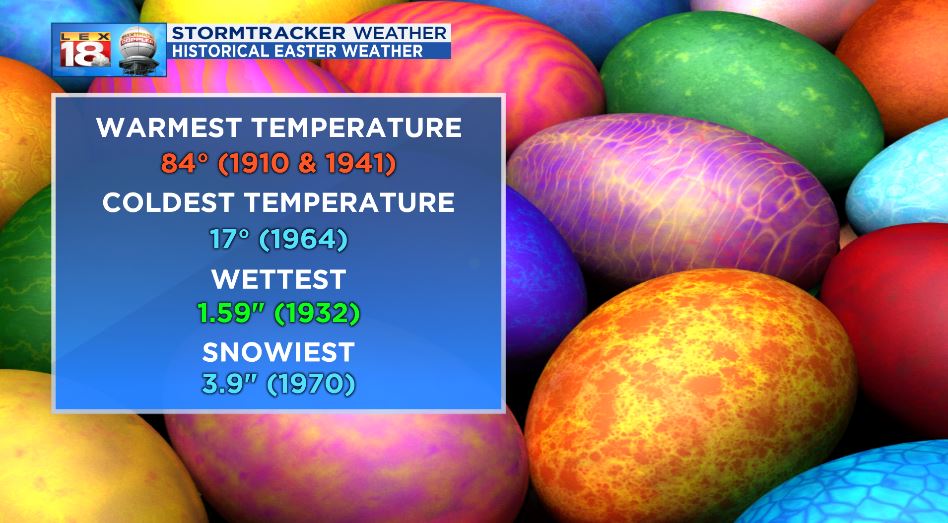 The wettest Easter Sunday occurred during the Great Depression (how fitting) when 1.59” of precipitation was recorded on March 27th, 1932. Most of it was rainfall as temperatures quickly rose above freezing that morning, however, 0.1” of the total was recorded as snow.

Speaking of snow, the snowiest Easter Sunday in Lexington recorded history was on March 29th, 1970. The total amount that fell was 3.9” with a total of 4” on the ground (a trace fell the day before). The temperature stayed below 40 degrees the entire day. Can you imagine trying to find Easter eggs in that mess?