Yes, you read that headline right. But no, it’s not for the Bluegrass. A late April clipper will bring snow, and a decent amount of snow, for Iowa, Minnesota, and southern Great Lakes over the weekend. 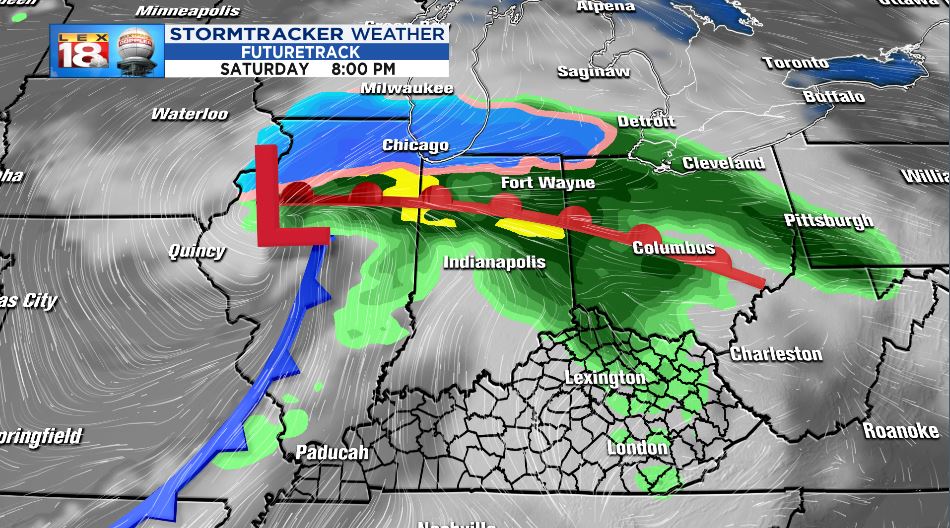 The previous paragraph was something more typical for winter, not for days before the start of May. In typical clipper fashion, this low will quickly move across the Midwest and parts of the Ohio Valley, and interact with colder air to the north in the process. The track of the storm will determine just how much late season snow will fall. Areas as far south as northern Indiana and Ohio could see accumulating snow.

We will also be impacted by this clipper. But wintry weather won’t make an appearance in the weekend forecast. Instead isolated showers and thundershowers will be possible late Saturday afternoon and evening as the low moves east. The northern half of the Bluegrass will have a better chance than down south. 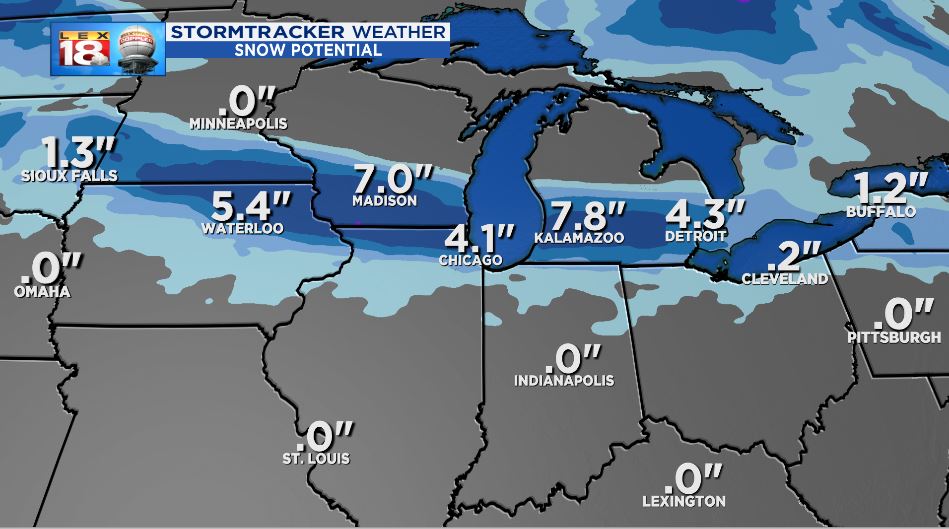 The major cities – Minneapolis, Chicago, and Detroit – are in line for snow. Up to eight inches may fall across northern Iowa, southern Wisconsin, and southern Michigan. Snow this late in the season is not out of the ordinary. But this amount of snow is unusual. 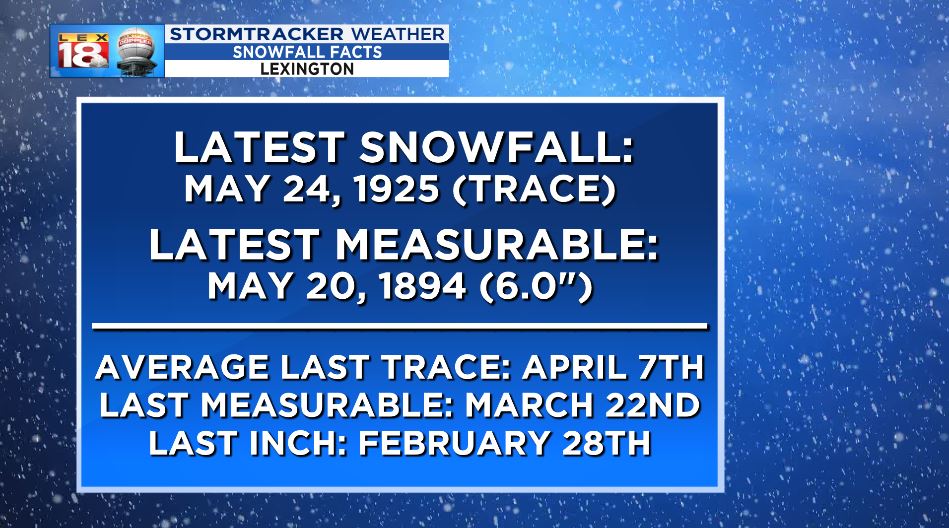 The Bluegrass has seen its share of late season snowfalls. Last year it snowed the opening weekend of the Spring Meet. It has sleeted on Derby Day. In Lexington, the latest recorded snowfall was on May 24, 1925. The latest measurable snowfall was a big one (six inches) all the way back in 1894.

On average the last trace of snow falls in early April. March 22nd typically brings the final measurable snow of the season.