It’s a well-known saying (especially amongst sailors) “Red sky morning, sailors warning. Red sky at night, sailors delight!” Does that saying have any truth to it? Or is it just an old wives tale? 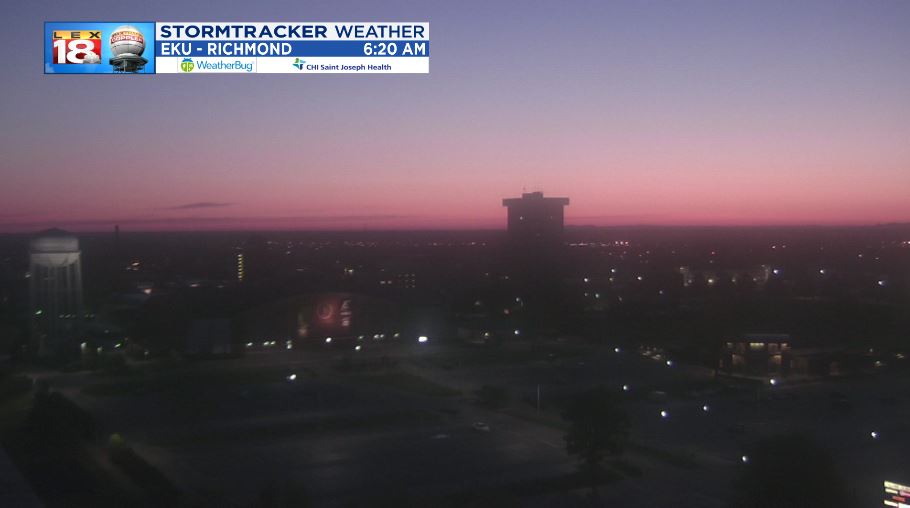 All sunsets and sunrises will have a red, orange, or yellowish tint to them. This is due to the amount of atmosphere the sun’s light must pass through before reaching our eyes. During the daylight hours, less atmosphere lets more of the blue and violet wavelengths through. At sunrise and sunset, more atmosphere is available to scatter the violets and blues out, leaving yellows, oranges, and reds.

Still, some sunrises and sunsets appear redder than others, especially when looking at the sky around the sun. This phenomenon is due to the atmospheric pressure in the direction of the sunrise or sunset.

High pressure is associated with a stable air mass. Stable air tends to trap aerosols because atmospheric mixing is infrequent or non-existent. The higher concentrations of aerosols such as dust, smoke, or other suspended particles do well to scatter wavelengths of the sun’s light which do not include red.

Due to high pressure’s stable composure, it is usually associated with “good weather;” containing no showers or storms. Low pressure is usually composed of stronger winds and atmospheric mixing. The aerosols get pushed around, making them ineffective at scattering the non-red wavelengths. 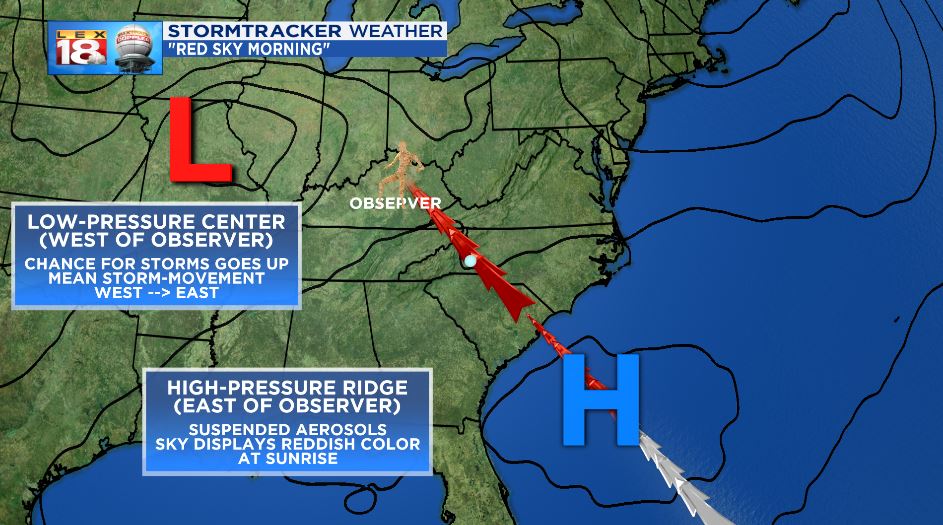 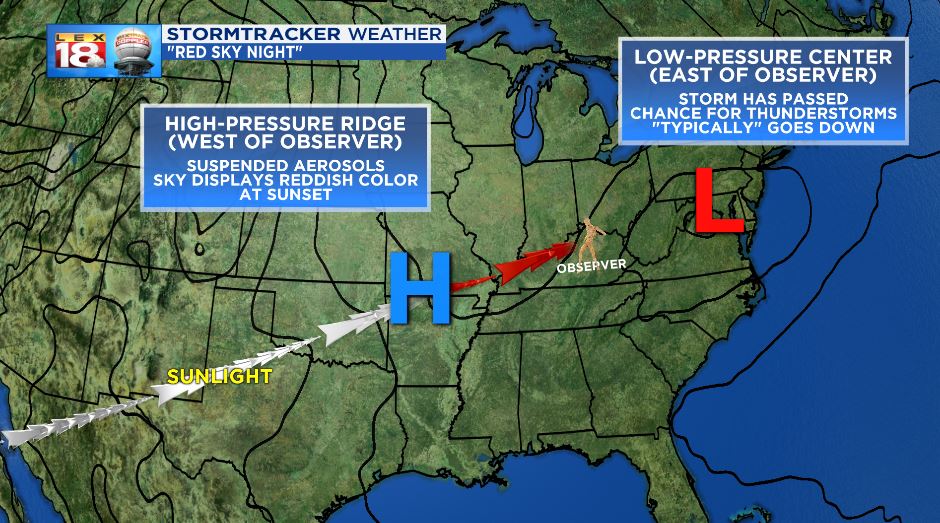 All of that being said, in no way is this a completely effective way of forecasting the weather. High-pressure ridges can be small or can erode quickly making the time between storms shorter. Low-pressure centers can be close to each other, leaving only a small area of high pressure. When this happens, it’s possible to see a “red sky at night,” but still get thunderstorms later the next day. Also, storms don’t move completely west-east. Some storm systems, especially nor’easters can move in a northeast direction. This means that an observer on the ground could see a red sky in the morning, but the storm could completely miss the observer if the path of the storm moves it away.

Still, it’s cool to know that the sailors of old were on to something by noticing that the color of the sky at sunrise or sunset could tell of impending storms or a nice weather day.