It’s officially Derby Week! And of course, everyone wants to know the forecast for the first Saturday in May. Fingers crossed for no repeats of last year’s day-long deluge.

Pardon the pun but temperatures will be off to the races before we get to the big days. After being stuck in the 50s and 60s this weekend, high temperatures will skip right ahead to the low to mid 80s early this week. These kind of temperatures are more typical for the middle of summer, rather than the days right before the Derby. However, the reading on the thermometer will knocked down a few pegs later in the week. 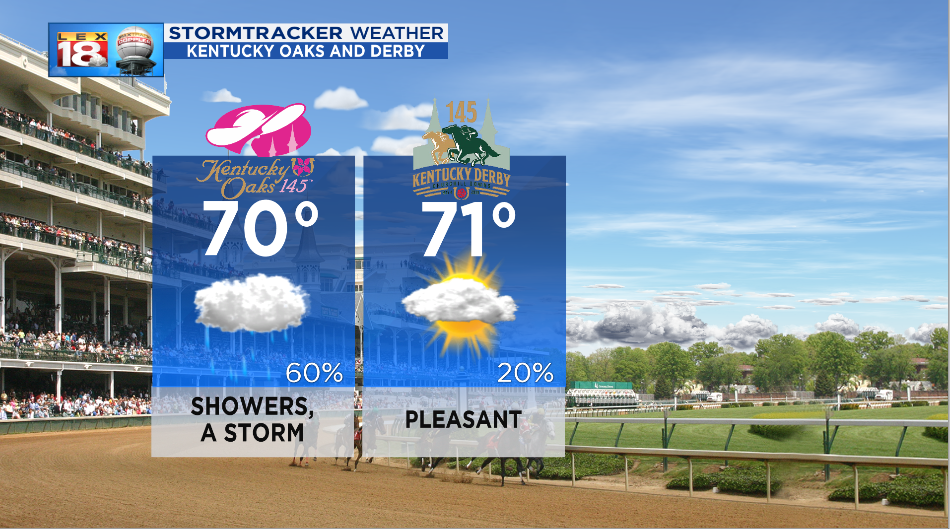 We will be able to hold off showers and storms, for the most part, despite the summer-like warmth. With a boundary draped to our north an isolated  shower or storm can’t be ruled out each afternoon between now and Wednesday. A stronger system will arrive Wednesday night, and in doing so will bump up our chances for showers and storms later in the week. 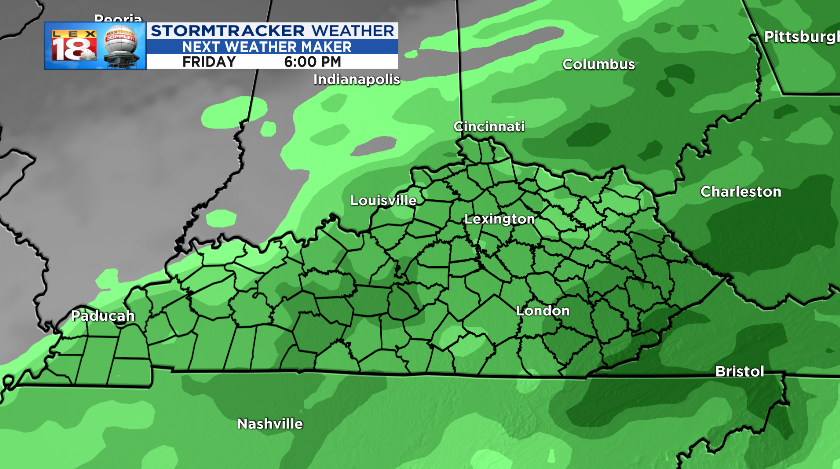 Off and on showers and storms will be around Thursday. The system will start pulling way on Friday, but the showers will remain. Depending on the timing, the rain could end by post time for the Kentucky Oaks. Either way plan for soggy conditions if you’re heading to Churchill Downs.

On Derby Day we will be between systems. More storms will be possible on Sunday. Along with the dry conditions, there will be sunshine and it will be comfortable at the Downs. Highs are expected to be in the lower 70s. 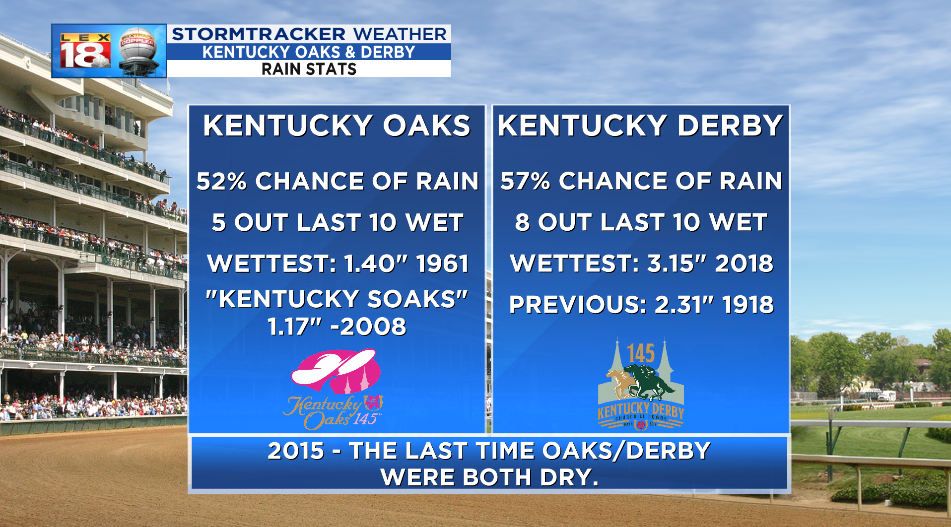 This could be the first “dry” Derby in four years. Rain has been recorded (at Louisville’s airport) eight out of the last ten Derby days. Over three inches of rain fell last year making it the wettest Derby on record. Historically the chance for rain is slightly lower for the Oaks. The past ten run for the lilies have been 50-50. The last time that both days were dry was 2015, the same year that American Pharaoh started his quest for the Triple Crown. Before that we have to look back to 2005 for fast tracks both days, Summerly and Giacomo were winners that year.