A Recap of the Weather for Kentucky Oaks and Derby 145

This Derby weekend was one for the ages. From that finish to the rain to all the traditions at the Downs. I can’t really comment on the finish of the Derby, I’ll leave that to our sports team, but I can comment on the rain.

Derby weekend began and ended with heavy rain. Sheets of rain came down in Louisville on the morning of the Kentucky Oaks. The rain rather abruptly ended before lunch, and we were treated to nice conditions straight on through post. 1.19″ of rain was reported at Louisville’s airport (there are no official observations from Churchill Downs.) This amount was good enough for the second wettest Oaks, beating out the “Kentucky Soaks” of 2008. 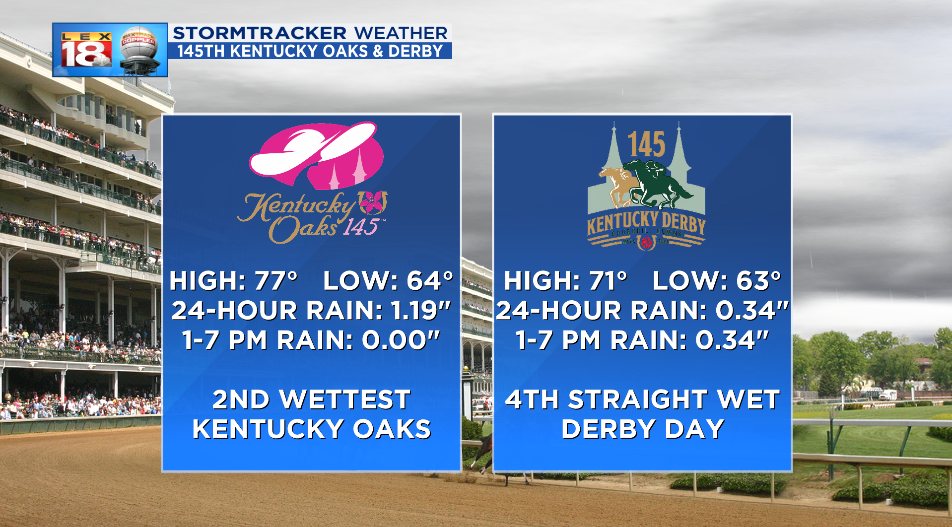 We didn’t quite flip the script on Derby Day. The day did start of mostly dry. Rainfall amounts through 1 PM were only a trace. All the rain for the day fell as the crowd grew during the afternoon. Heavier rain fell in the moments leading up to post. The track was then ruled sloppy. The weather may have played more of a role in the finish than initially thought. This is the fourth-straight wet Derby day. There were some moments, but more than anything the showers were a nuisance today. Unlike the frequent torrential downpours of last year. 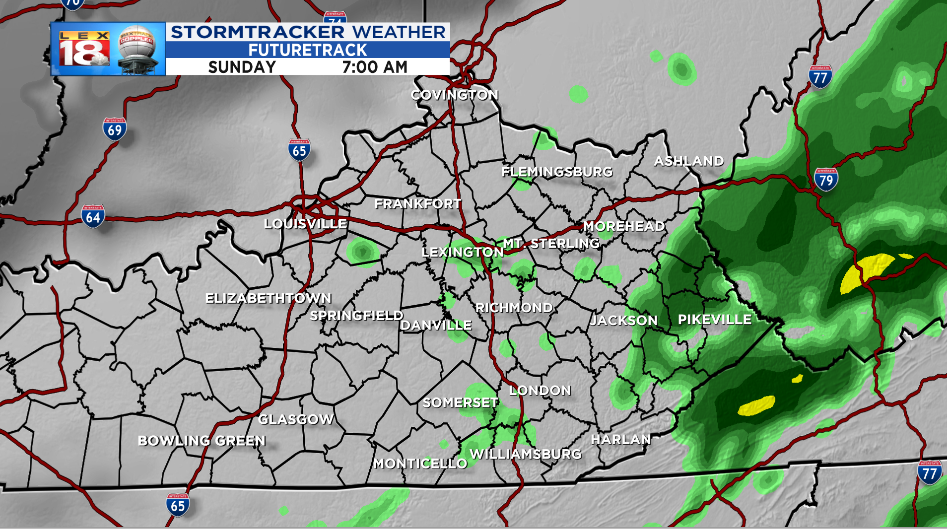 Rain has come to an end in Louisville. Showers will gradually fade through the night from west to east. By morning the back edge will continue pushing through eastern counties, meanwhile the overcast may squeeze out a stray shower for central Kentucky. Clearing is on the way for the rest of the day. Skies will become partly cloudy with highs near 70° by Sunday afternoon. Oh, if only we could have sped things up and gotten all the rain out of here today. Start saying your prayers and crossing your fingers for a dry Derby day next year.