In LEX 18 News-Sunrise Weekend this morning, we had a story about “Borealis” the new polar bear cub at The Toledo Zoo, in Ohio. “Borealis” or “Bo” (for short) was named for the Aurora Borealis, more commonly known as “the northern lights.” So, why not include that in today’s blog post? If you’re just here for the polar bear cub, I understand. That article is at the bottom.

The Aurora Borealis is a product of the earth’s magnetic field and the solar radiation that passes by and interacts. This natural phenomenon is primarily seen in the high latitudes and only in the Northern Hemisphere. The same phenomenon happens in the southern hemisphere, but the term used is “Aurora Australis or the “Southern Lights.”

The process starts with the waves of “solar wind” passing through the earth’s magnetic field. The connection with the field causes charged particles (mostly electrons) to pass into the upper atmosphere of the earth and eventually ionize. The ionization causes the charged particles to emit energy in the form of light. The magnitude of the auroras is dependent on the magnitude of solar radiation coming at us. Geomagnetic storms accelerate solar wind and are mainly caused by Coronal Mass Ejections, a burst of solar energy that tends to follow a solar flare.

Auroras are usually concentrated in rings around the poles due to the acceleration and compression of the charged particles. These particles flow along the magnetic field lines away from the equatorial plane and towards the poles, where they converge. This creates a “ring” effect in which the aurora tends to circle the poles. The ring is always present, but may not always display the aurora.

The auroras can be a wide range of colors depending on the type of atom and the level of the atmosphere that the collision is occurring in. The breakdown is as follows:

While the auroras are mesmerizing and beautiful, they are also a reminder that the magnetic field of the earth is keeping us alive. Without this invisible shield in place, the solar winds would strip away our atmosphere allowing the water to boil off. We know this is possible by looking at our planetary neighbor, Mars. Mars lost its magnetic field billions of years ago leaving a dry and barren wasteland.

So, if you’re lucky enough to go see the auroras, you’ll get an atmospheric treat that will undoubtedly render your speechless. You’ll also get a chance to see the life-saving magnetic field keeping you (and all of us) alive. If you don’t plan to head north to see the Aurora Borealis, you can always just travel to Toledo to see “Borealis” the new polar bear cub!

That story is below: 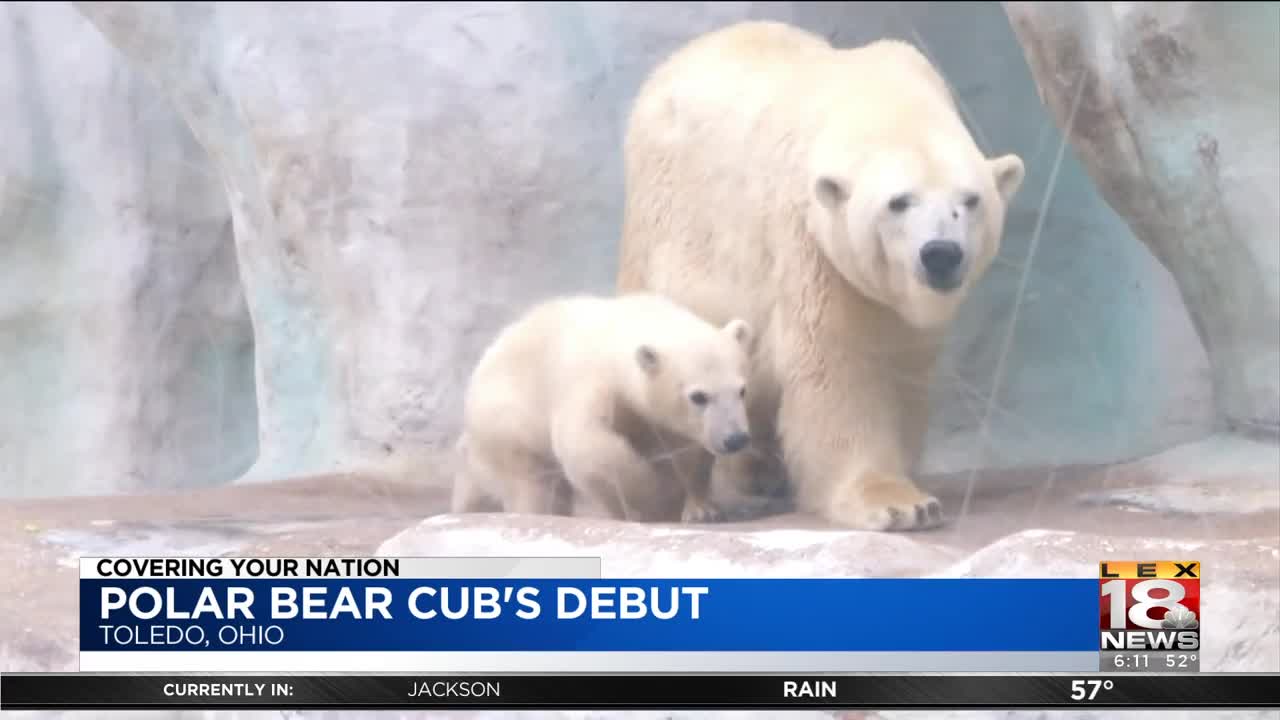