Ok, so a hot May is not uncommon. I mean, it seems like every May, temperatures turn from nice and comfortable to hot in a hurry. However, reaching the 90-degree threshold is a different matter entirely. As it turns out, the nine-zero number is rare the month of May.   Let’s first look at the last few times we’ve reached 90 degrees in May. Turns out it’s been less than a year since we’ve been into the 90-degree range for a May afternoon.  However, the next three reaches were seven years ago. The 5th 90-degree temperature was recorded a year before that in 2011. These were the only May 90 degree days in the last 10 years. The latest before that was all the way back in late May of 2007. 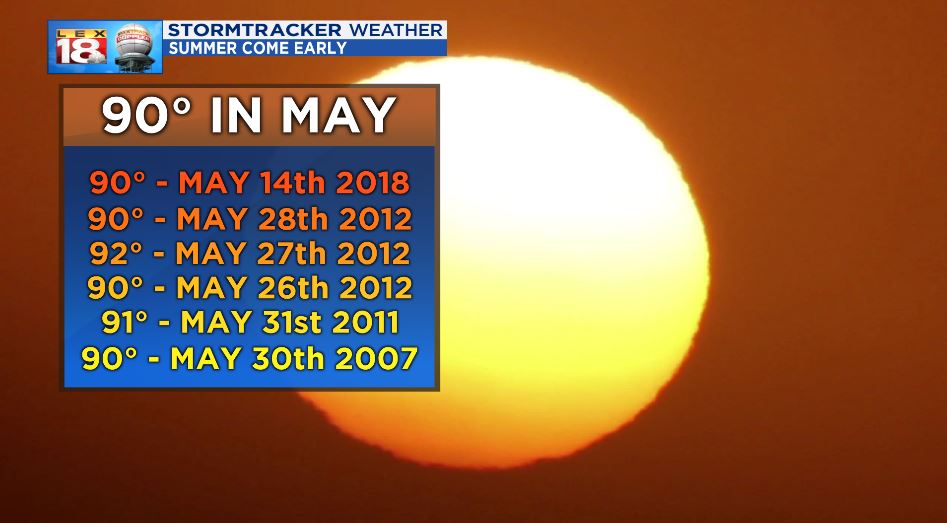 If you look at all the data from the past 146 years, we’ve reached 90 degrees 84 times. That may seem like a lot, but that’s 84 days out of 4,544 (counting today). That comes out to 98.2% of all May days so far have been below 90 degrees. Out of the 84 days mentioned above, 10 were recorded in one month back in 1944, which surprisingly is not even the warmest May on record. More on that in another blog post next week. 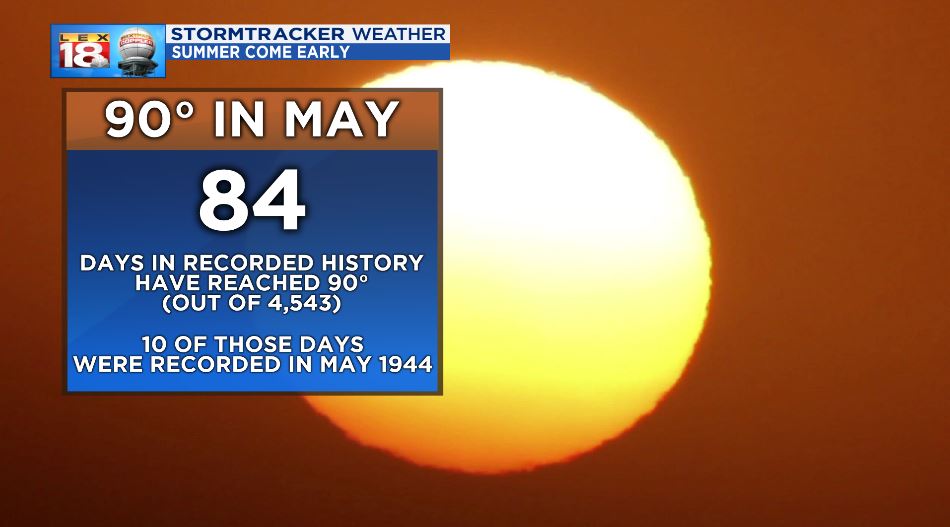 We average 0.6 days at or above 90° in May, so basically, one day every few years. We have a shot at 90 degrees next week on several occasions. Thursday, Friday and Saturday are all projected to be 89 or 90 degrees for the afternoon high. We should at least get one, but I wouldn’t be surprised if we get more than the average this year. Whether we do or not, plenty of water and shade will be your friend. 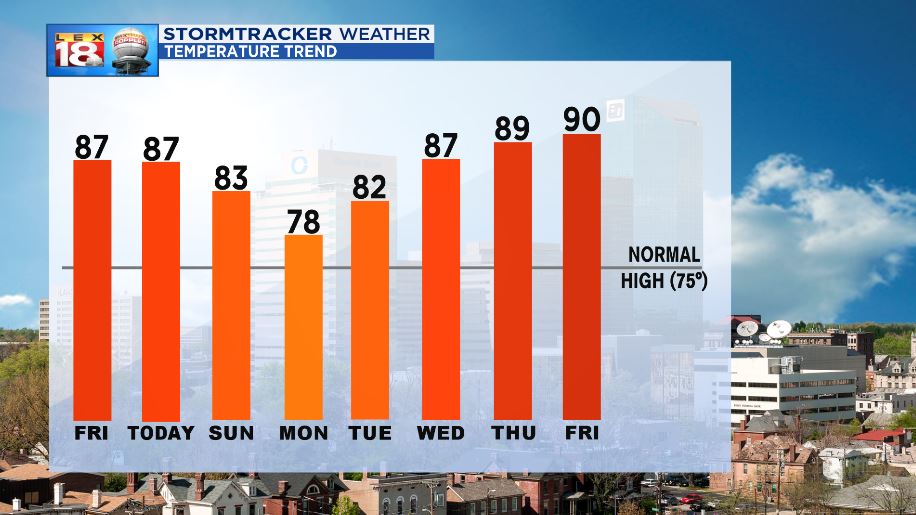