Why So Hot, For So Long?

It seems so trivial to be worrying about the heat and lack of precipitation this time of the year, but it could have consequences that we could be paying for down the road.

Lately (and to most everyone’s joy) a summer pattern has taken hold of the region. This summer pattern can be directly related to a large bubble of high pressure situated in the Western Atlantic. The center of this high-pressure ridge is several hundred miles away from Kentucky, but we will still be feeling its effects.

As the ridge strengthens and parks itself over the southeastern coastal states, the mean wind flow into the midwestern states will be south or southwest. This type of wind pattern set up continues to pump warm and moisture-rich air into our region. This transport keeps temperatures at or above average (in our case above) for long periods of time. 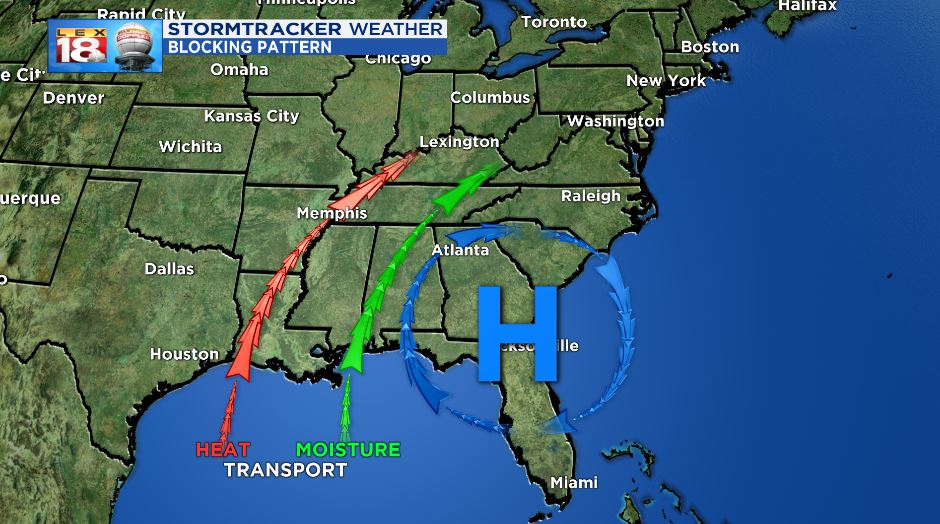 In addition to keeping us warm and humid, the ridge “blocks” storms from marching in their normal eastward direction. Instead, a couple of scenarios can take place. For one, low-pressure storms can remain in Canada and sweep due east, which doesn’t really affect our weather pattern. 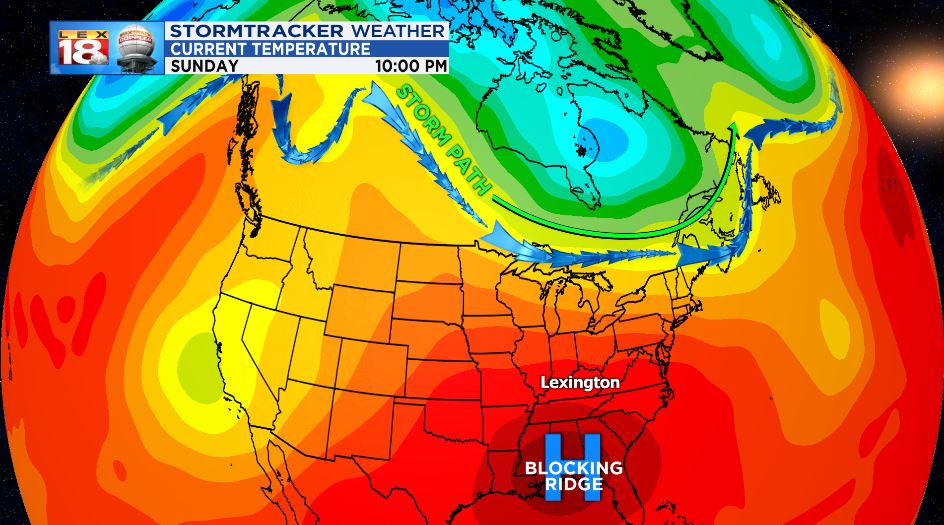 The more common scenario is for a large jet stream dip to set up over the western half of the United States. When this happens, low-pressure storms dive south into the Pacific Northwest, or the Rockies and then ride up and over the blocking ridge. This creates a lot of severe weather in the Great Plains, while a large summer pattern stays in place for the Midwest, Southeast, and East Coast. Every line of rain or storms that tries to make a run for us is either shredded apart or moves around us. This is great in that we continue to get nice, outdoor weather. However, long periods of hot and dry weather can cause droughts to spark up quickly. If any of this sounds familiar, it’s because it’s the set up that we currently sit in. 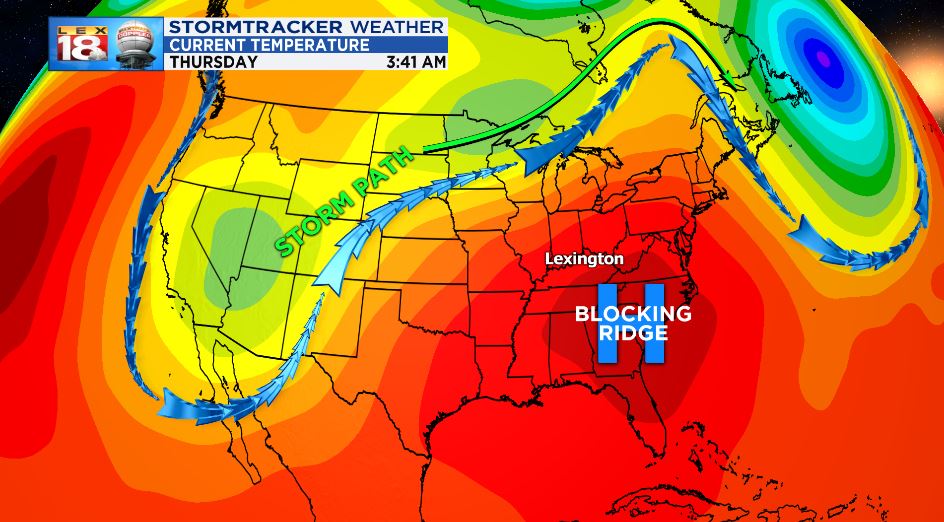 As of now, the current blocking ridge is not only poised to strengthen, but also move west in the coming weeks, making it a long stretch of hot and dry weather. 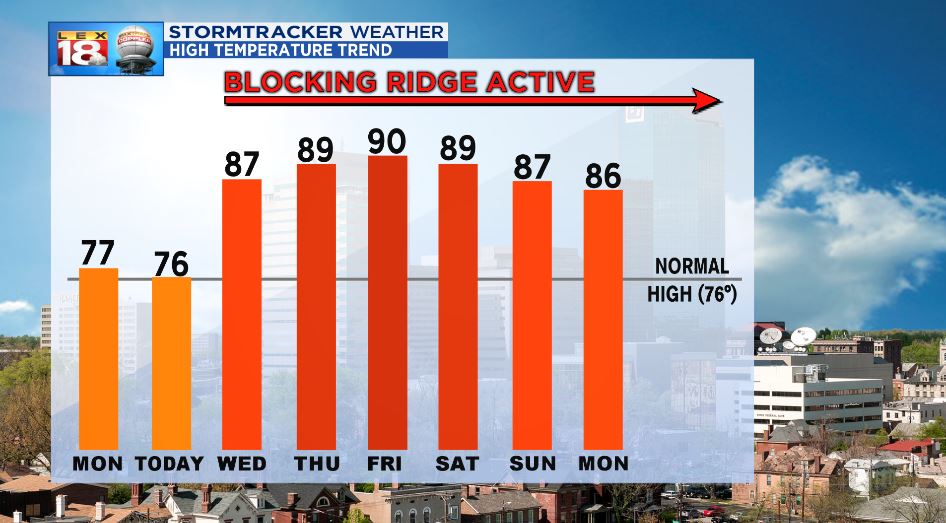