Leading up to the official start of hurricane season next week NOAA released the 2019 Atlantic Hurricane Season Outlook today. Meteorologists predict this will be a near-normal hurricane season across the Atlantic Basin. 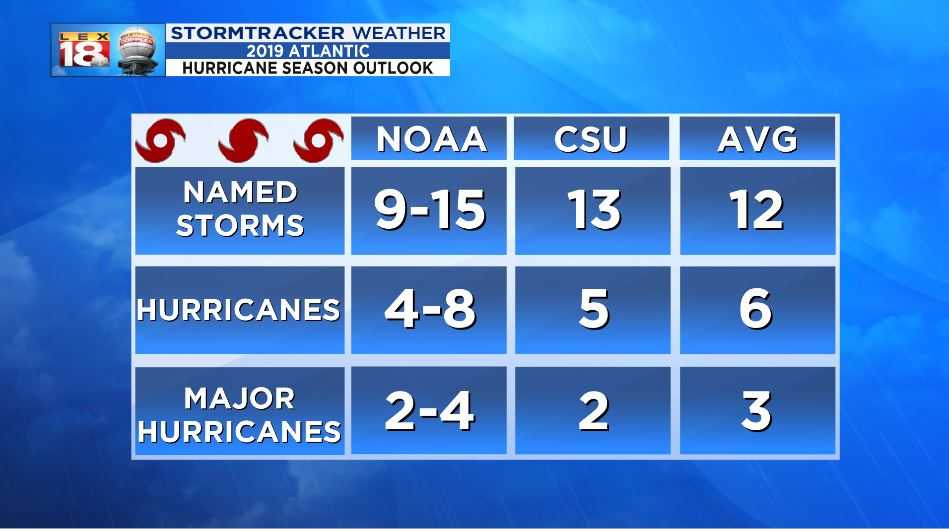 The outlook expects nine to fifteen named storms, four to eight hurricanes with as many as four becoming major hurricanes (Category 3 or stronger.) This outlook does not take into account landfalling storms or where the tropical cyclones will develop. An average hurricane season produces 12 named storms, of which six become hurricanes and three intensify into a major hurricane.

Researchers at Colorado State University released their forecast for the upcoming hurricane season in April. They predict this season to be slightly-below normal. Philip Klotzbach, the leader of this group of scientists, states that a continuing weak El Niño is one of the primary reasons.

The NOAA outlook also highlights the ongoing El Niño. This pattern leads to increased vertical shear across the equatorial waters of the Atlantic Ocean. Shear acts like a shredder, ripping apart existing tropical cyclones or inhibiting development all together. The NOAA outlook states that warmer-than-average sea surface temperatures in the tropical Atlantic and Caribbean along with an enhanced west African monsoon will counter El Niño and favor increased hurricane activity. 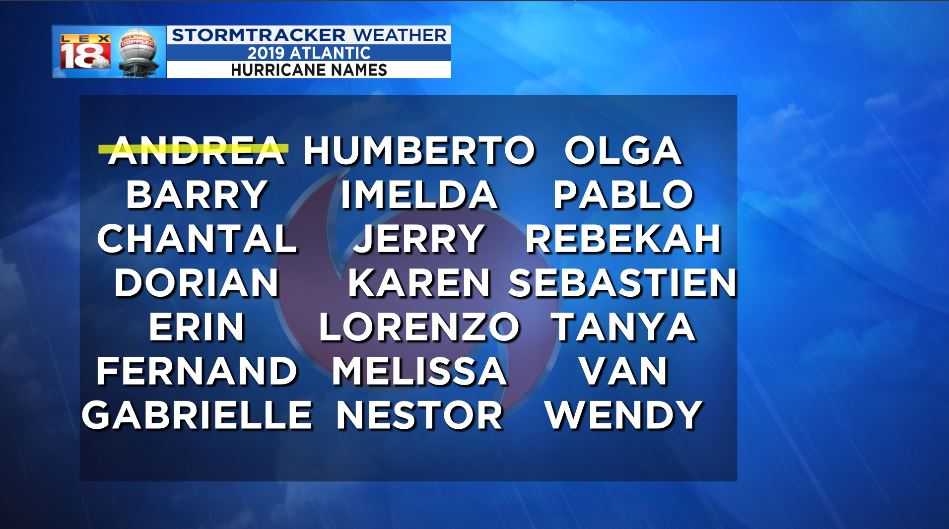 For a record fifth consecutive year the Atlantic hurricane season has gotten off to an early start. The season runs from June 1st through November 30th. Subtropical storm Andrea formed earlier this week over the open waters of the Atlantic. The storm never posed a threat to the US. In fact it dissipated within 24 hours.

While this season is expected to be near-normal, it doesn’t mean that it couldn’t turn out to be a dangerous one.  It only takes one storm to make a particular hurricane season a costly or dangerous one.