The 15th Anniversary of the Masterson Station Tornado

Monday will mark 15 years since the last tornado struck the city of Lexington. Of course this date means a lot to the people that were living in the Masterson Station neighborhood at the time. On the night of May 27, 2004 a F-3 tornado tore through the northwest side of Lexington. It left behind scars that were felt for quite some time. 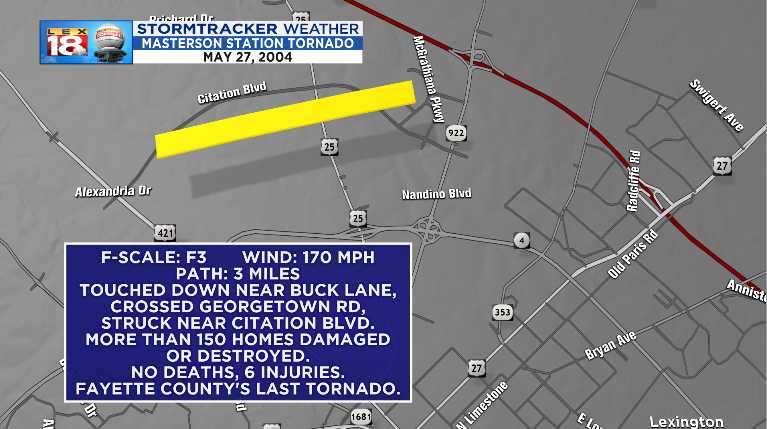 This tornado was on the ground for three miles. It touched down near Buck Lane, then crossed Georgetown Road, and impacted areas near Citation Boulevard. The tornado was rated a F-3 with estimated winds up to 170 mph. (In 2004 the Fujita Scale was still being used. Today the Enhanced Fujita Scale is used for classifying tornadoes.) More than 150 homes were damaged or destroyed. Fortunately no one was killed, but six people were injuries. 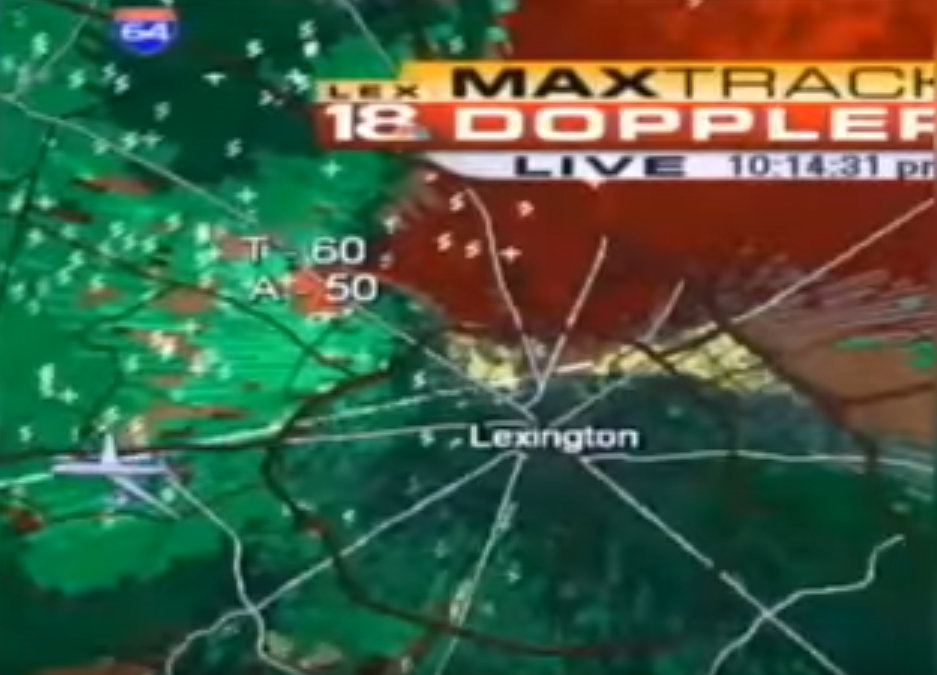 The Masterson Station tornado was the first “big test” for the MaxTrack Live Doppler. Chief Meteorologist Bill Meck was able to give advanced warning at those live on the northwest side of Lexington to seek shelter. The velocity couplet was textbook. For the MaxTrack he could tell that this thunderstorm was rotating and there was a tornado on the ground. You know how this end… Our number one priority is public safety. The MaxTrack Live Doppler allows us to give advanced warning and the most up-to-date information to keep you and your family safe.

I obviously wasn’t working here at the time, but a few of my colleagues were. This was an event that they will never forget. They can still recount with great detail what the streets of Masterson Station looked like after the tornado struck. The 2x4s that pierced the side of a home. The sheared off exterior walls. And of course, the people who lost almost everything that night.

It has been 15 years since a tornado has touched down in Fayette County. Lexington has had 15 tornadoes dating back to 1882. The strongest was a F-4 in March 1937. The tornado’s path began between Athens and Boone Creek. It would go along for 15 miles through Clark County. This was a devastating tornado for Winchester and Clark County.