The past two weeks have been busy to say the least in the severe weather department. Rounds of severe thunderstorms have been unrelenting for parts of the Plains and Midwest. Just last night more tornadic thunderstorms ripped through Kansas and western Missouri. Now the threat is starting to spread into the Ohio Valley and Mid-Atlantic. There have been a total of 3,394 storm reports over the past 12 days. Over 400 of those were reported tornadoes. 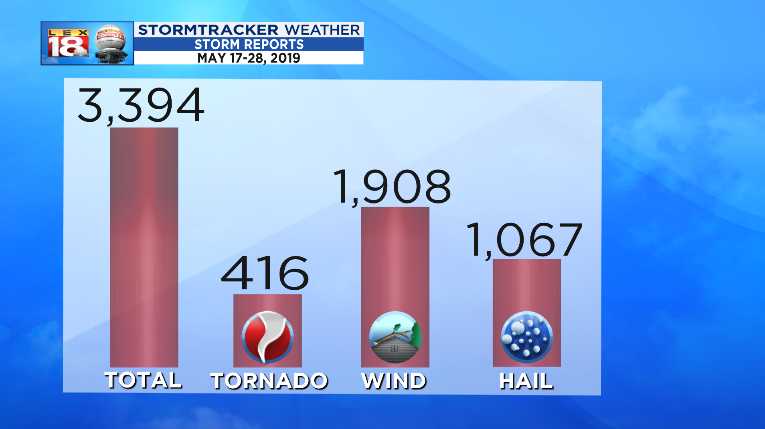 May is the heart of severe weather season. But this aggressive on-slot of violent storms has been unusual. The US has averaged 27.5 tornadoes over the last 12 days (through Monday). Monday was the fourth most active tornado day of the year with 52 reported tornadoes. 35 out of 50 states have reported tornadoes since January 1st. 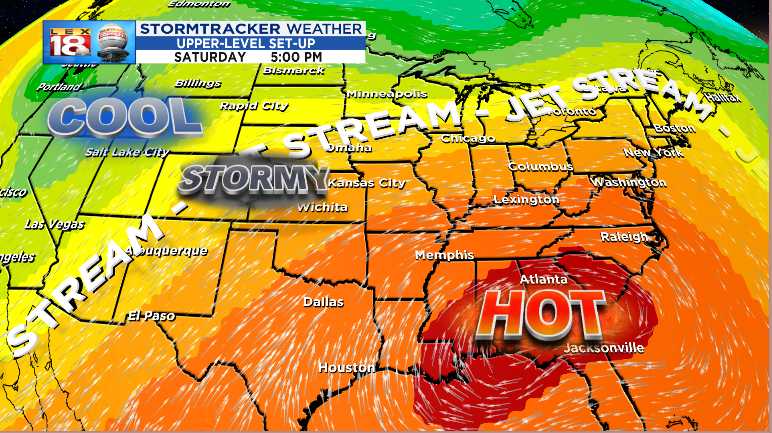 What is making this season seems so extreme? It’s not an easy question to answer but the overall weather pattern has a lot to do with it. We have been under the influence of this big heat ridge that has brought record-breaking temperatures to the Southeast and pre-summer heat to the Ohio Valley and Midwest. On the flip side, it was been much cooler than normal across the Rockies and West Coast. Where the air masses clash we are seeing storms. As you well know the forecast has pretty much been the same day in, day out. The pattern is blocked. Nothing is moving. Storms keep popping up and rolling over the same areas. This is also aggravating the flooding situation across this part of the country. 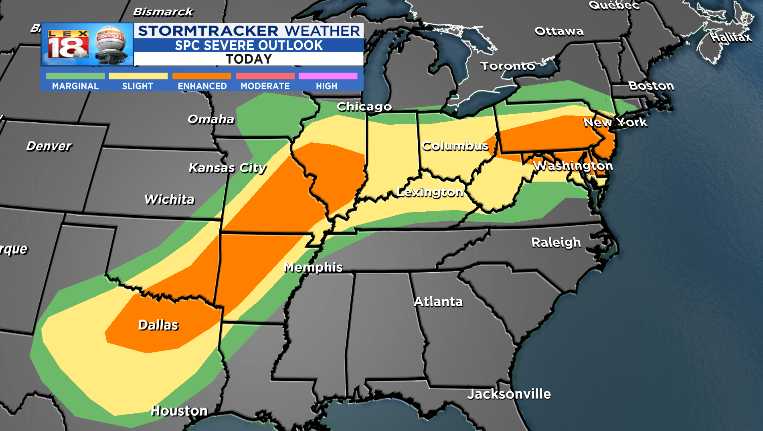 Things are finally shaking loose. The heat dome is beginning to weaken. In turn the upper-level flow is flattening out. This is creating a new corridor for storms to move through across the Ohio Valley and Northeast. The Bluegrass will get in on the action today. Scattered strong and severe thunderstorms are possible through this evening. Damaging winds and large hails are the top threats. A slow-moving system will keep rain and storms in the forecast tomorrow, but the severe threat won’t be as high. Eventually we’ll clear out this unsettled weather completely and more comfortable air will arrive by the weekend.