Two clusters of thunderstorms will render Father’s Day an “indoor” weather day. The First cluster is already running and will be wrapping up by the late morning or early afternoon. The second cluster will arrive later in the evening and will also bring the potential for severe weather. 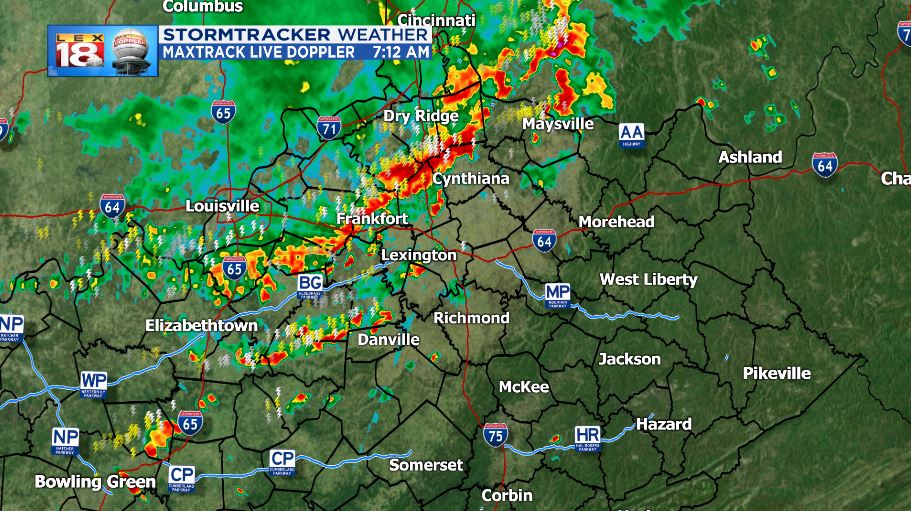 As previously stated, the early morning cluster is moving through as I write this, so it may be finished before you read this post. Heavy rain and lightning are the most expected threats with the line of storms. A few reports of damaging wind gusts were received out of Owen and Mason counties during two cases of severe-warned storms. The line is breaking down as it crosses the Bluegrass. 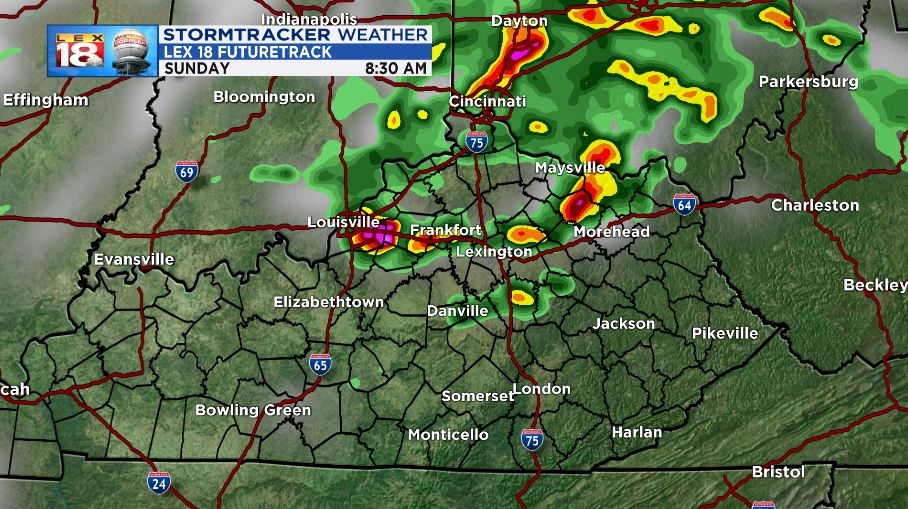 Once this line crosses into Eastern Kentucky it will unfortunately be running into another unstable air mass. A bullseye of Downdraft CAPE is situated over the eastern counties this morning and that could lead to strong downdrafts. Downdraft CAPE is exactly as it sounds; it highlights the areas with the highest potential for strong downdrafts. When storms exhibit strong updrafts, their downdrafts tend to be strong as well. This is due to the rapid condensing and cooling of the air that is pushed up inside the thunderstorm. Cool air is more-dense and will rapidly fall back to the ground. 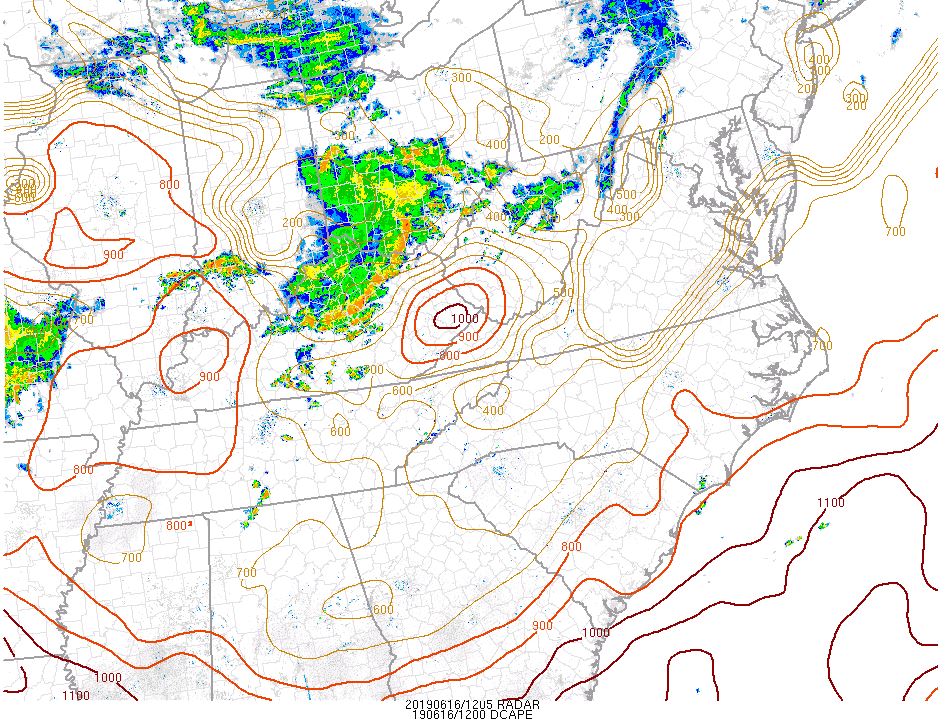 Strong downdrafts tend to lead to straight-line wind damage. The air that falls back to the ground fans out in all directions, similar to how the water out of a water balloon would react if it were dropped and popped. The wind that travels in the direction of the already prevailing wind can ramp up and can cause damage to trees, power lines, and structures.

Once the morning line of storms clears the state later today, we will get a small break from the storms. The middle of the day and some of the afternoon will be storm-free as we wait for cluster number two. 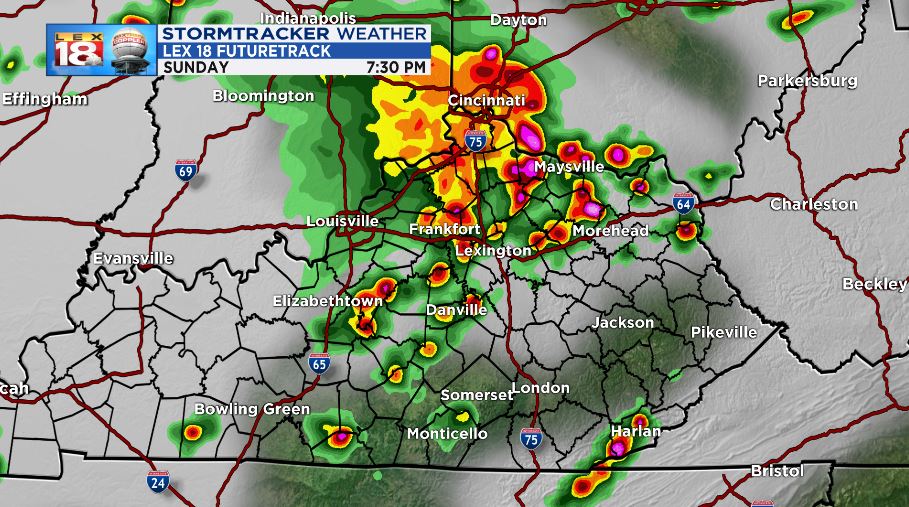 Cluster two will arrive in the evening and last through the overnight hours. Due to the heating of the day, stronger thunderstorms are likely. Severe weather is a possibility.

The Storm Prediction Center has a “marginal” risk of severe storms in place for most of the state. 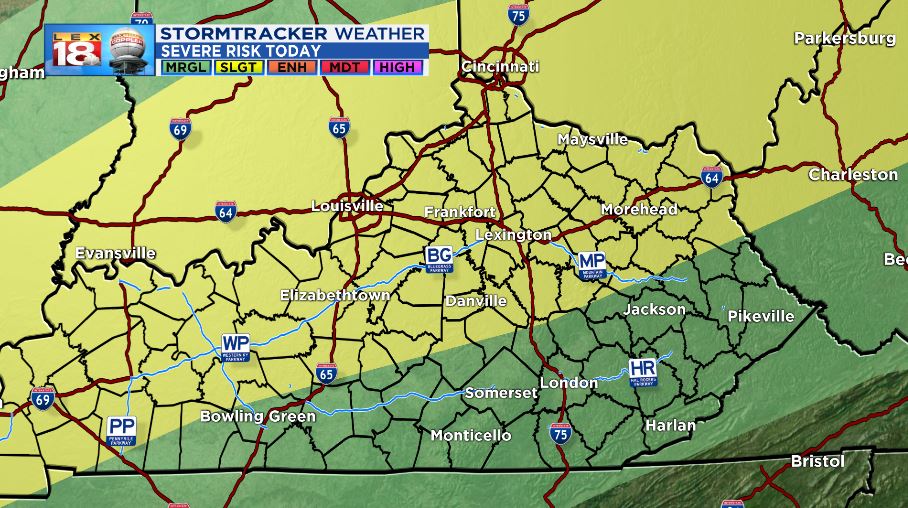 Damaging wind gusts will be the primary threat along with small to moderate hail. Heavy rain and frequent lightning are also expected.The tornado threat is low, but a spin-up or two is possible. 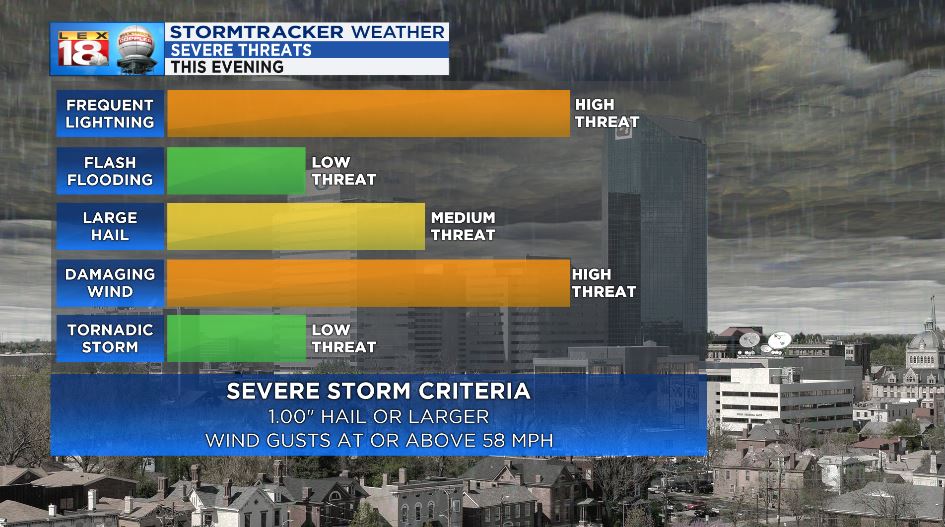 I will be monitoring the storms through the course of the day and will keep you updated on any severe weather that may occur on air and online.