Another Round of Severe Weather Potential

Rounds of rain and storms will continue to plague the region all the way through this week. Thanks to a particularly unstable air mass and a lot of atmospheric moisture, we also have a severe and flood threat with each round.

Today’s strong to severe storms are already occurring. Scattered strong to severe thunderstorms are primarily situated in the southeastern counties. A couple of the storms were severe warned due to the possibility of damaging wind gusts. Heavy rain and small hail were also the case. 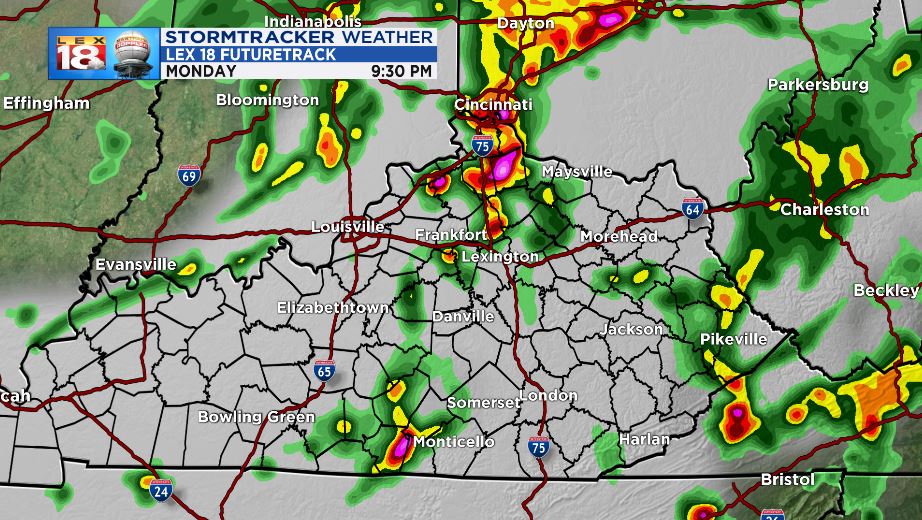 Another cluster of storms will flare up late this evening for the Bluegrass and northern counties. These will be working with the maximum heating of the day which will up the energy of the storms. 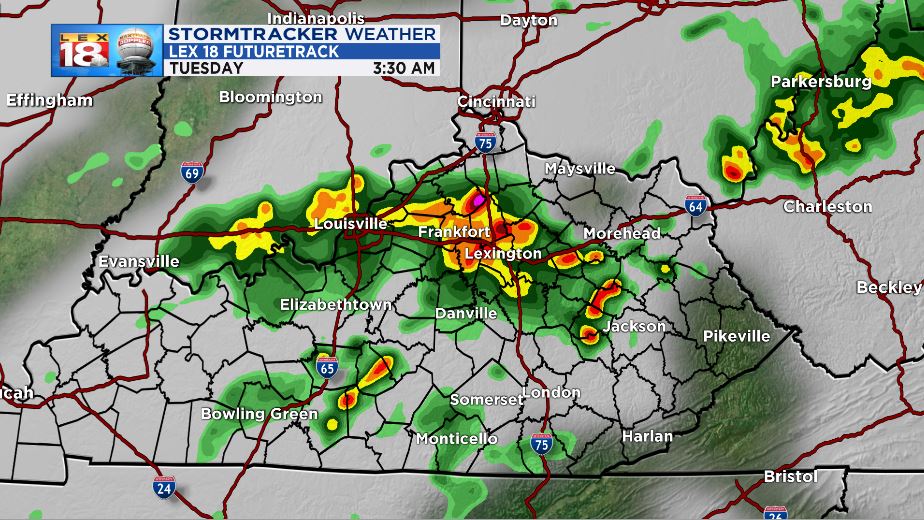 A third batch will roll in early tomorrow morning and they will be centered over Central Kentucky. These aren’t expected to be as strong, but there will still be a high flood threat and some strong wind gusts.

The Storm Prediction Center has placed much of the forecast area under a “slight” risk for severe weather tonight. 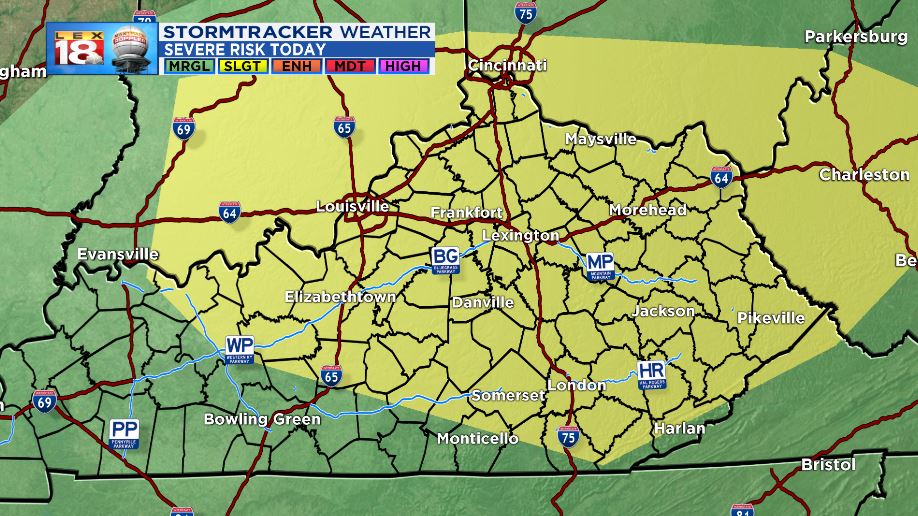 The threats that are possible through this time frame will be damaging wind, flash flooding, and frequent lightning, along with heavy rainfall. Small to moderate hail is also possible. 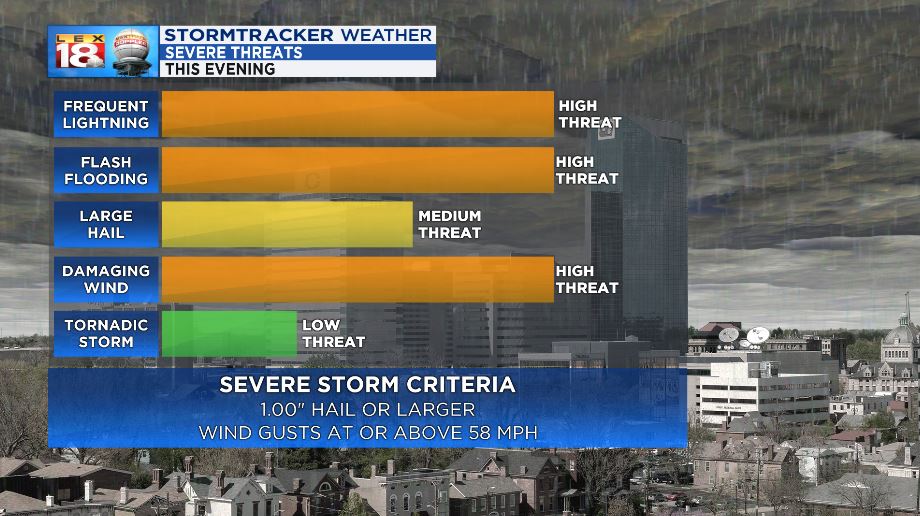 All this rain is falling onto areas that have already received copious amounts. This has lead to flood concerns. A FLASH FLOOD WARNING is in effect for Northern Clay County and Southern Owsley County until 6:45 PM. 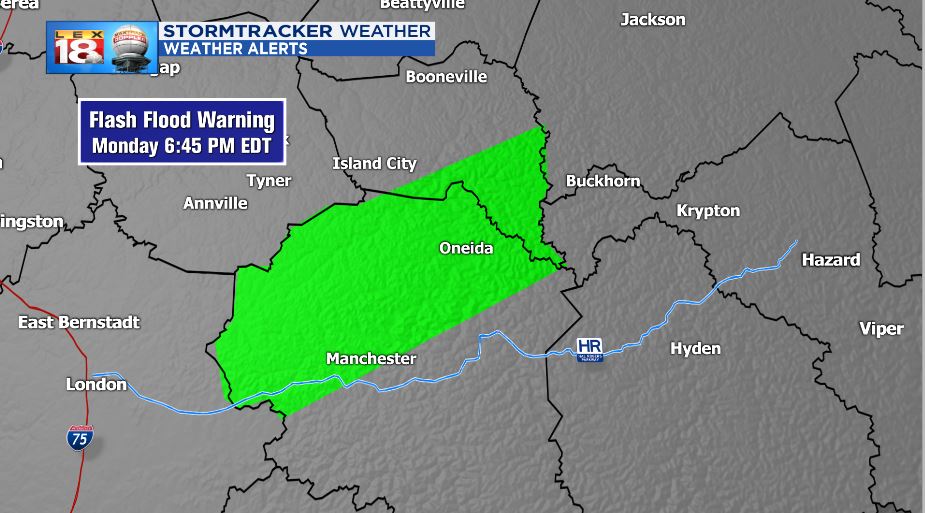 Despite this being the only active flood location, a FLASH FLOOD WATCH will remain in effect through Thursday evening for most of our forecast region. Waves of heavy rain can lead to rapid stream, creek, and river rises. Also, ponding on roadways can make driving hazardous. Use caution and remember to NEVER drive through a flooded roadway. 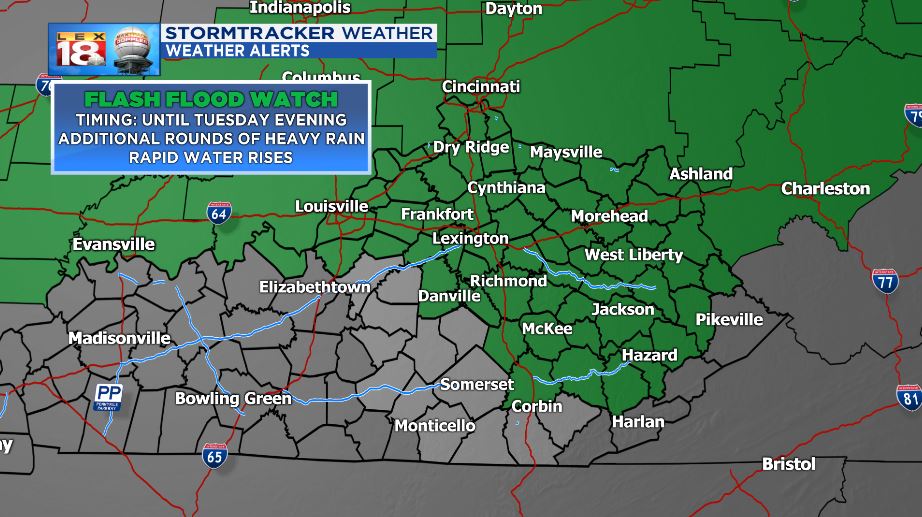 Stay with the StormTracker Weather Team for more information on the incoming severe storm potential.