Summer officially begins on June 21st at 11:54 AM. The Summer Solstice occurs when the Sun is directly above the Tropic of Cancer in the Northern Hemisphere. This is the longest day of the year north of the Equator. Meanwhile the Southern Hemisphere is preparing for the start of winter.

The Sun will be at its highest point in the sky at solar noon, which occurs at 1:39 PM in Lexington. It will appear almost straight above your head. That means shadows tomorrow afternoon will be very short compared to the first day of winter with a lower sun angle. 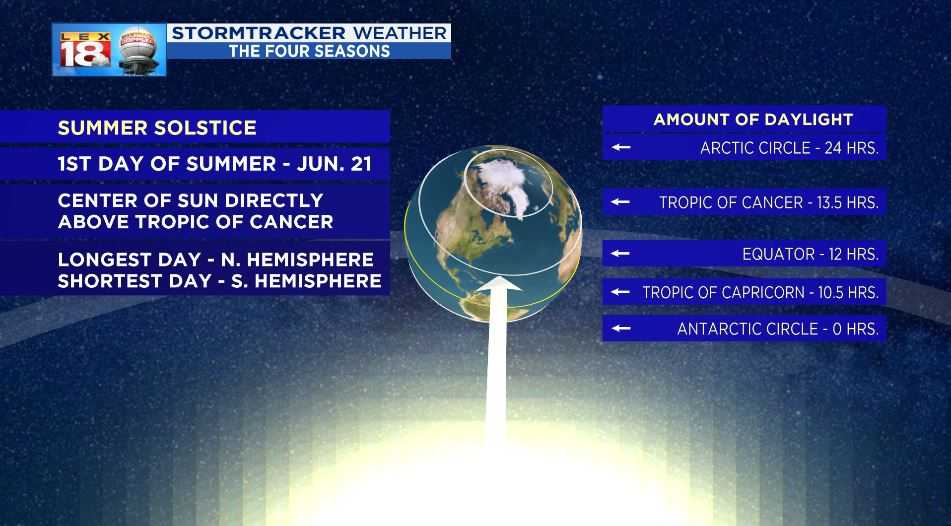 It’s interesting to note what occurs at the poles on the solstice. The sun won’t set across the Arctic Circle, meanwhile there will be 24 hours of darkness for the South Pole. 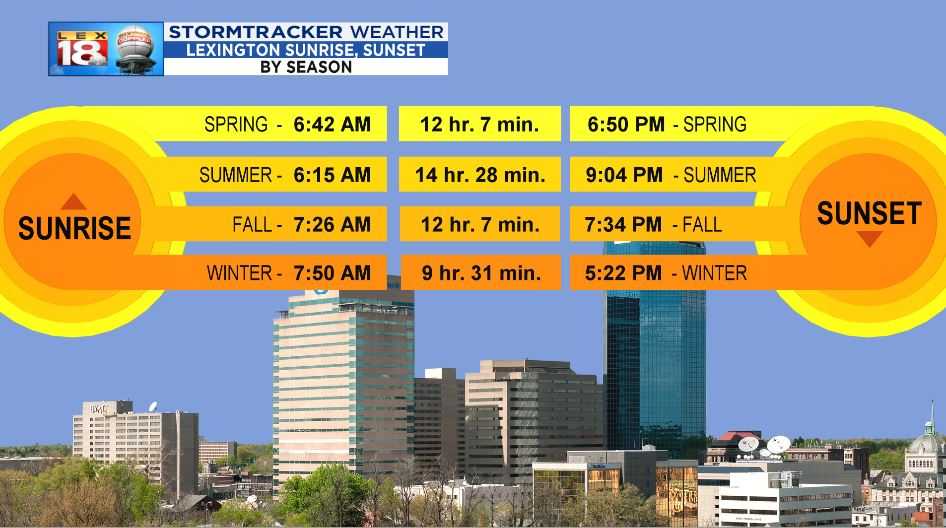