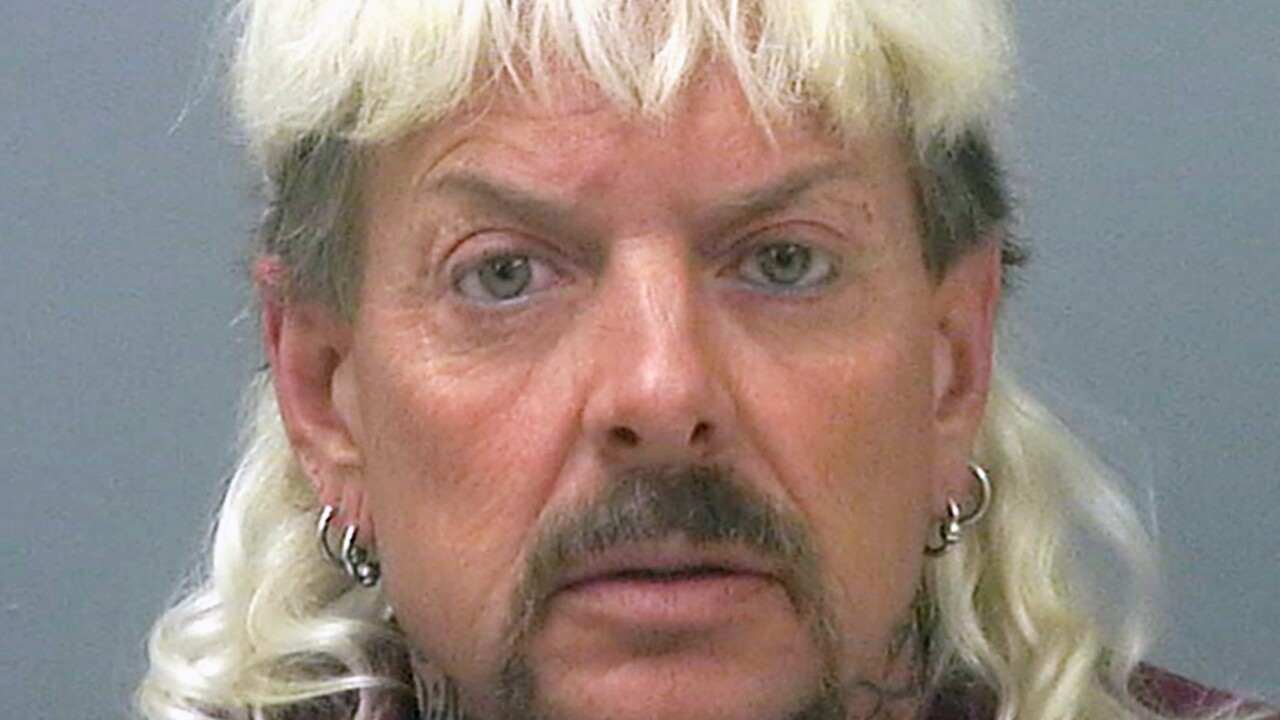 AP
FILE - This file photo provided by the Santa Rose County Jail in Milton, Fla., shows Joseph Maldonado-Passage. Prosecutors say Maldonado-Passage, also known as "Joe Exotic, tried to arrange the killing of Carole Baskin, the founder of Big Cat Rescue. Lurors were shown a Facebook video Tuesday, March 26, 2019, that depicts Maldonado-Passage shooting a blow-up "Carole" doll in the head. Other videos show him pretending to dig a grave for Baskin and threatening to mail her rattlesnakes. (Santa Rosa County Jail via AP, File)

Joseph Maldonado-Passage, aka Joe Exotic, is known for his theatrics - as many have seen after watching the Netflix documentary 'Tiger King.'

The former zookeeper filed the lawsuit in Oklahoma City. He is suing the U.S. Fish and Wildlife Service, his lead prosecutor, a federal agent, and a former business partner, The Oklahoman reports .

On Wednesday, Maldonado-Passage posted to his personal Facebook page that he is looking for a lawyer.

Joe Exotic is currently serving time after being found guilty back in April 2019 in murder-for-hire plot. He was sentenced to 22 years in January 2020.