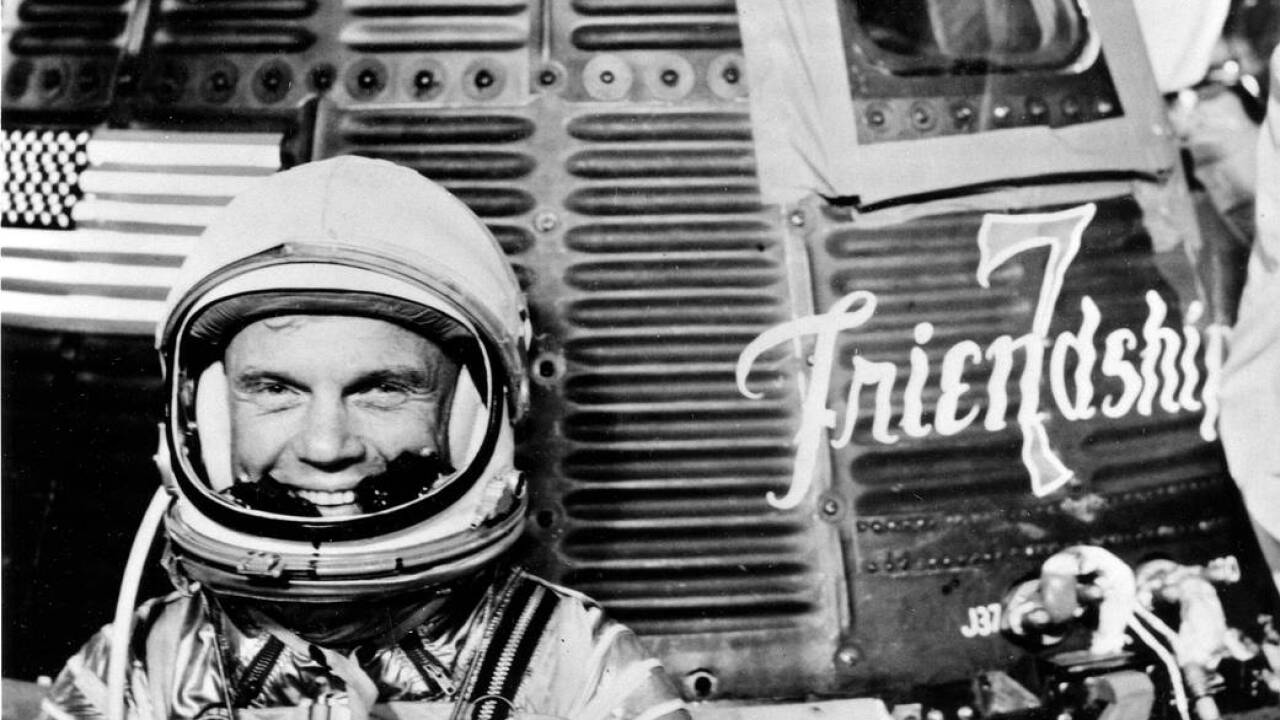 One of NASA's most important flights occurred on this date (February 20th) in 1962. NASA astronaut John Glenn became the first man to orbit the Earth. He circled the globe three times in just under five hours at speeds of 17,000 mph. The mission concluded when Friendship 7 splashed down just east of Grand Turk Island in the Bahamas.

This mission helped NASA prepare to sent the first man to the Moon. John Glenn became an instant hero. After retiring from NASA, Glenn served as a U.S. Senator from Ohio. He flew in space again in 1998 at the age of 77. In 2012 he was awarded the Presidential Medal of Freedom.

Before he strapped in to orbit the Earth, Glenn spent three years in a NASA training program. He was one of the first to use NASA's Multiple Axis Space Inertia Facility. There were also teams of engineers, scientists, and mathematicians working behind the scenes to get the astronauts to space. If you have seen the film "Hidden Figures," you know there was a group of African American women, who worked as human computers to calculate flight trajectories and the like. The film centers on the work of Katherine Johnson, Mary Jackson and Dorothy Vaughan. These women were pioneers in our advancements into space.

NASA's Hidden Figures
Copyright 2020 Scripps Media, Inc. All rights reserved. This material may not be published, broadcast, rewritten, or redistributed.