Two-thirds of Kentucky is in a drought. 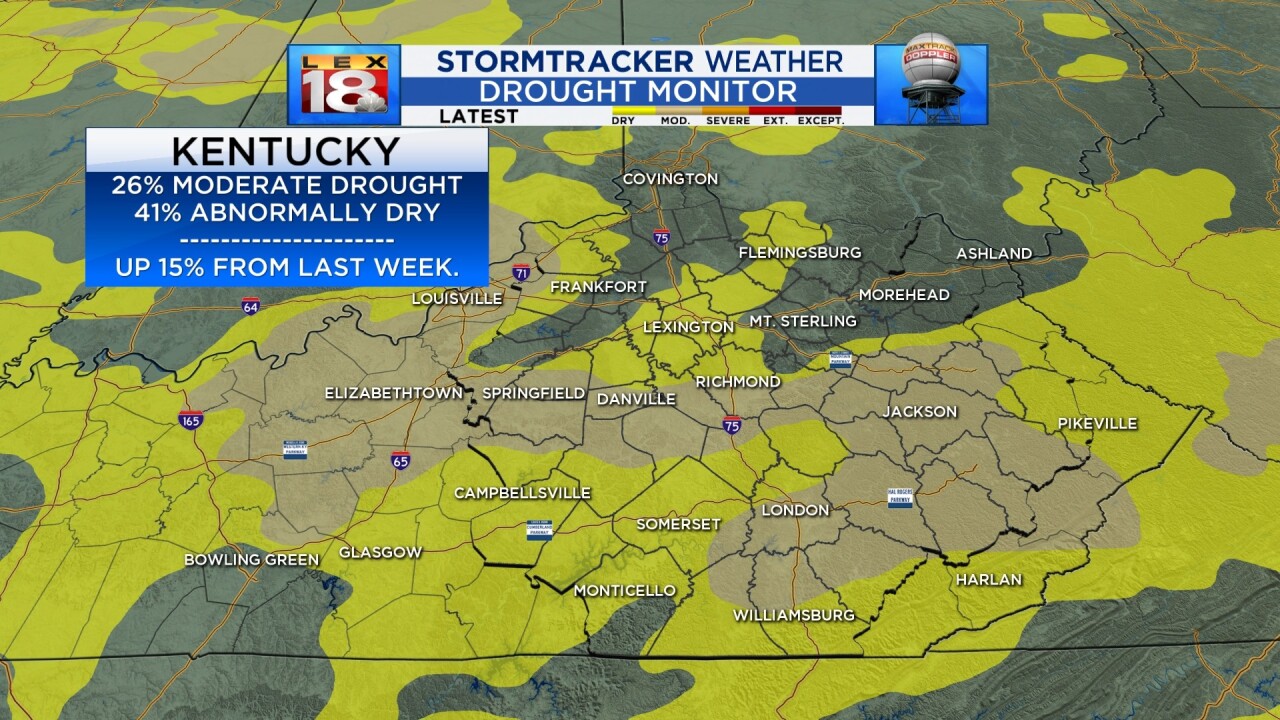 The updated drought monitor was released earlier today. It should come as no surprise that the drought has deepened and expanded. The drought-stricken area has grown by 15% over the past week. Now two-thirds of the Commonwealth is dealing with a drought at some level after weeks of dry conditions. Over 40% of Kentucky is abnormally dry, including Fayette County. Areas south of Lexington, from Danville over to Jackson and down towards the Tennessee state line, are experiencing a moderate drought. The drought may get worse before it gets better.

It has now been 23 days, and counting, since the last measurable rainfall in Lexington. This ties other dry stretches in May 1914, September and October 1897, and September 1891 for the eighth longest run of dry days in Lexington. By the time this bone-dry stretch ends we will crack the top five, if not the top three. A small rain chance is in the forecast for Monday as a trough digs in. This very system will scoop up the remnants of Imelda and bring heavy rain to the Midwest this weekend. There won't be much rain left by the time the trough reaches Kentucky early next week. At this point we'll take a tweak in the pattern and any rain we can get.

Burn bans are currently in place for over 50 counties in Kentucky. Check to see if your county has a burn ban in place.