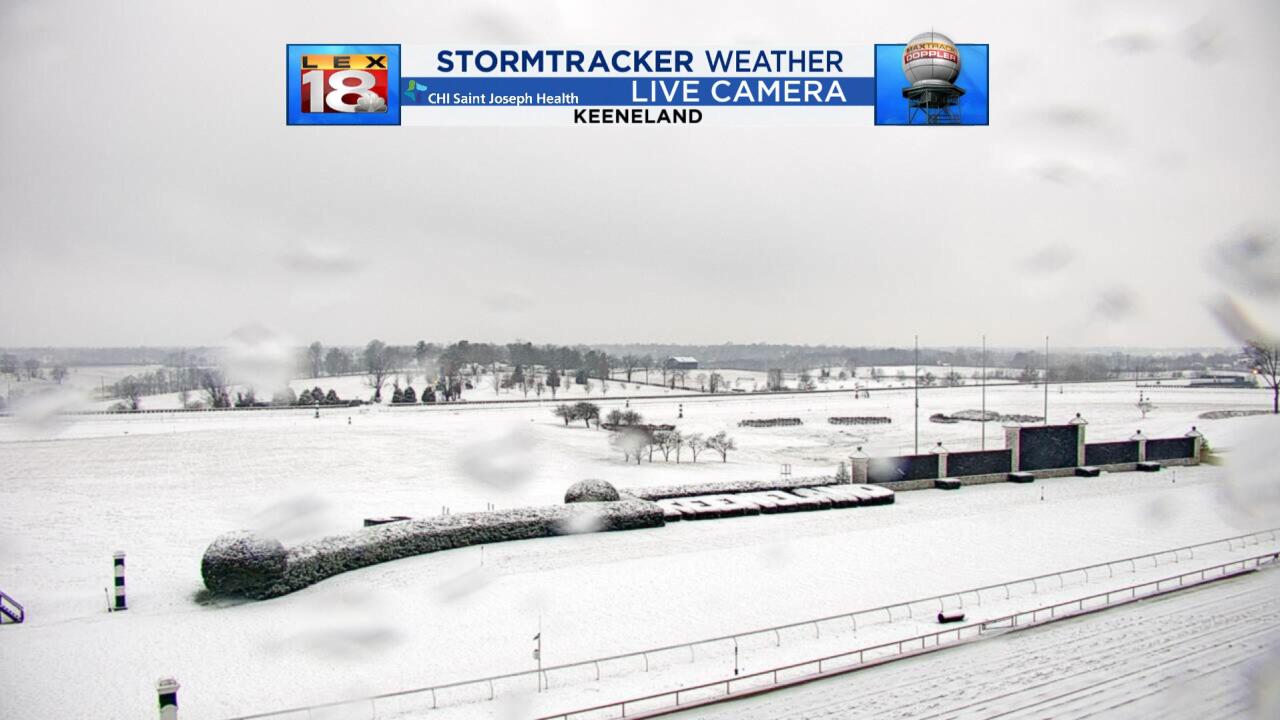 Keeneland looks beautiful any day of the year. But it just looks extra special when the track and the grounds are covered in snow.

I can hear snow lovers all around central and eastern Kentucky rejoicing this morning. Last night brought Lexington's first accumulating snowfall since November. Up until yesterday we had only seen trace amounts outside of the nearly two inches from late fall. After today we have nearly doubled our season total snowfall.

This was a fluffy wet snow that want to stick to anything that could -bare trees and shrubbery, power lines, sidewalks, and pavement. This type of snow looks pretty and is great for making snowballs and snow people, but not so fun when you have to brush it off your car. Surface temperatures steadily dropped below freezing after midnight. Once that happened the snow really started to accumulate. It also made for a slippery morning commute, especially as more snow began to fall.

Snowfall amounts ranged from one to four inches across central and eastern Kentucky. Higher totals southeast, less to the northwest. Lexington's Blue Grass Airport reported 1.3" at 7 AM.

Least snowy meteorological winter no more. Today's snowfall knocked this year from the top spot on the list of least snowy winters. And now every winter in Lexington weather history has seen at least a tiny amount of measurable snowfall. Winter 1931-1932 remains the least snowiest December - February with only 0.1". This winter is still in the top 5 with three weeks of meteorological winter to go.