The tropics are alive 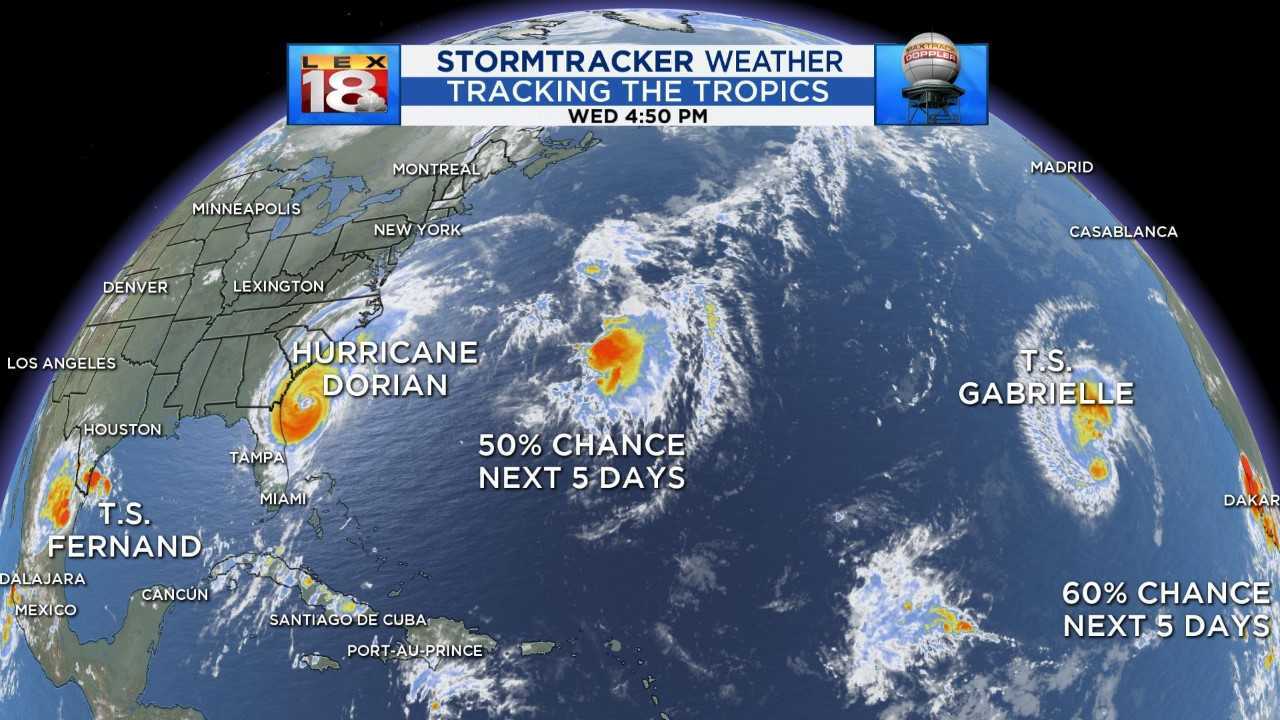 Activity in the Atlantic Basin is on fire! Of course, the big storm over the past week has been Dorian, and it will remain a story for the coastal Carolinas through late week. There are also two other named storms and two areas of possible development over the next five days. Tropical Storm Fernand formed at the beginning of the week and will impact the coast of central Mexico. Gabrielle will be a "fish storm" in the open Atlantic. Another cluster of storms in the Atlantic has been given a 50% chance of developing over the next five days. A wave just rolling off the Africa coast could be the next big player next week.

Eastern Florida just received a glancing blow from Dorian. The coastal Carolinas will likely see greater impacts over the next two days. The 5 PM update from the hurricane hunters indicate that Dorian is a slightly stronger Category 2 hurricane with maximum sustained of 110 mph. The center of the storm is just passing parallel to Jacksonville. Coastal Georgia, including Savannah and the barrier islands, is feeling the brunt of the storm this evening. The outer bands extend as far north as the Outer Banks of North Carolina.

The spaghetti plot shows that most models keep the center of Dorian parallel to the South Carolina with a landfall expected along the barrier islands of North Carolina late Thursday or early Friday morning. The track takes Dorian a little closer to the coast near Myrtle Beach, SC and Wilmington, NC.

Even with the storm just brushing up against the coast, residents Georgia and the Carolinas will need to remain on guard for dangerous storm surge, flooding, and high winds. Hurricane-force winds may be felt between Charleston, SC and New Bern, NC given Dorian's close proximity to the shore. The storm surge could be between four and seven feet near Myrtle Beach. Dorian will continue to pick up speed and will move into the northern Atlantic by the weekend.