The tropics are warming up 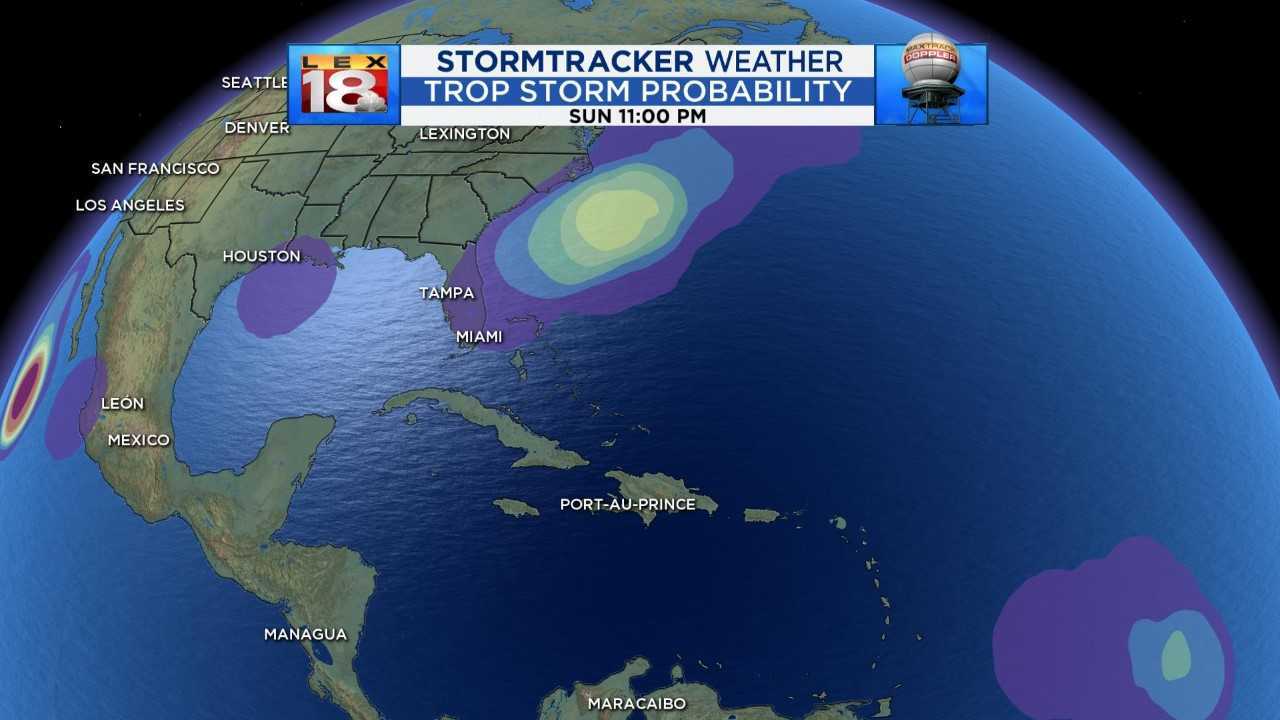 While Chantal fizzles across the northern Atlantic, elsewhere activity is getting a little busier. Over the next week there could be two named storms. Conditions are becoming more favorable across the Atlantic basin with warmer water temperatures, weaker shear, and the Saharan dust was dissipated.

The first stop on our tour of tropics is the Bahamas. A tropical wave is moving through the Caribbean islands and along the Atlantic coast of Florida. The thunderstorms within this system are becoming more organized. The wave is expected to travel along the eastern seaboard, and could develop into a tropical storm off the Mid-Atlantic coast within the three to five days. If the storm strengthens enough it would become Dorian.

There is another area of possible development southeast of the Windward Islands. This wave has been given a 50% chance of tropical formation over the next five days.

We are approaching the peak of the Atlantic hurricane season. Nearly two-thirds of all tropical storms and hurricanes in the Atlantic basin form between mid-August and mid-October. The season typically peaks around September 10th. The peak in activity corresponds with warmer water temperatures and more favorable shear conditions (less shear to rip systems apart.)

Activity is also heating up in the eastern Pacific. Tropical Storm Ivo developed off the western coast of Mexico. Ivo is expected to weaken over the next several days as it turns north and moves parallel to Baja California. Even farther west, Taiwan is bracing for Typhoon Bailu, which is expected to bring flooding and high seas.