This winter's ups and downs 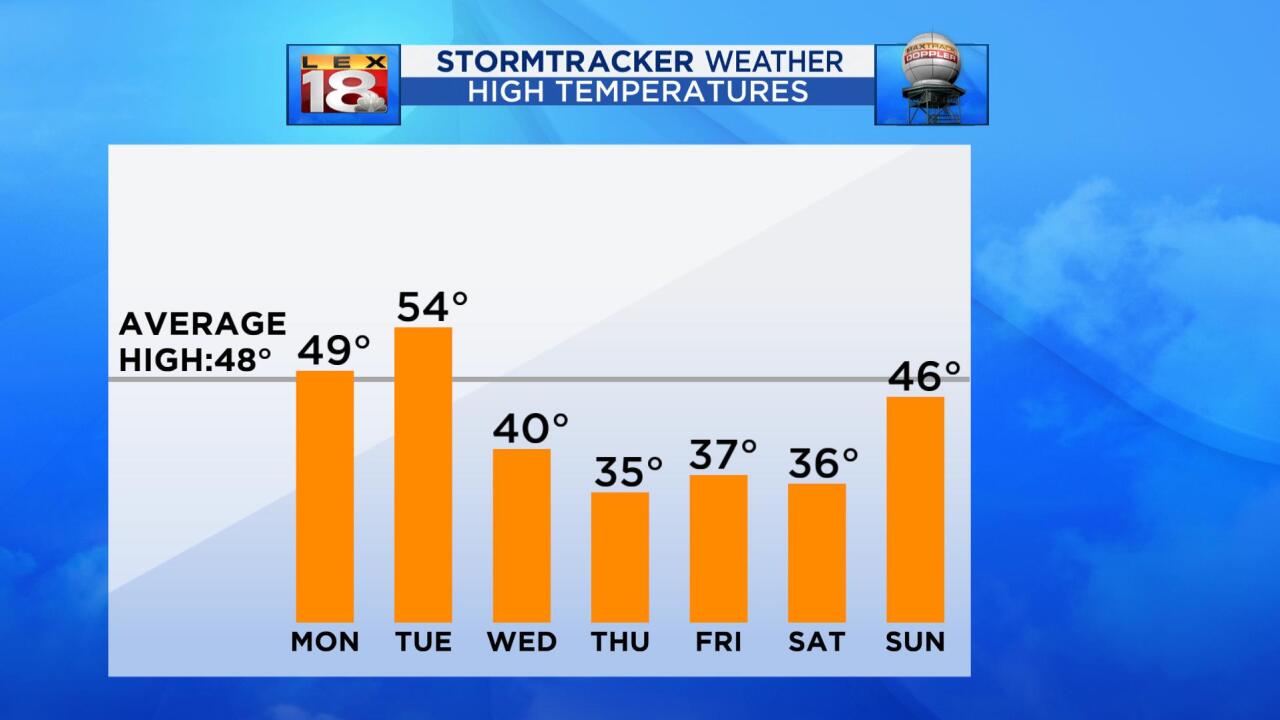 This winter has been a roller coaster ride. There have been some rather warm days that were then followed up by very cold ones. No sense changing the trend now. February and meteorological winter won't go away quietly.

After five dry days in a row, things are about to become busier over the next five days. It all begins with a system coming out of the Four Corners and Central Plains. Rain showers will arrive by Monday morning. Periods of rain will continue tomorrow through the first half of Tuesday. Up to an inch of rain is possible. Temperatures will remain mild as this system pushes through the Ohio Valley and Great Lakes.

The pattern begins to change once the rain exits. A trough of low pressure will dig in across the Midwest, and even dip into the Southeast. This pattern change will usher in some "chillier" air on Wednesday. There will also be another round of showers. Colder air will continue to pour southward. Wednesday's showers may end as snow showers Thursday morning.

Meteorological winter will finish strong. It gets even colder late week; high temperatures will be 10° to 15° below-normal. There is also the possibility of a little more snow. Since December 1st Lexington has only recorded two inches of snow. A pathetic amount in the eyes of snow lovers. Forecast models are indicating that there will be some accumulation. How much? Some, but not a lot. So snow lovers, don't give hope. Plus there may even be more snow to come in March. Keep in mind three of Lexington's top 10 snowiest days have occurred after March 1st.