Lanes of I-64 East shutdown due to wreck, 2 flown to hospital 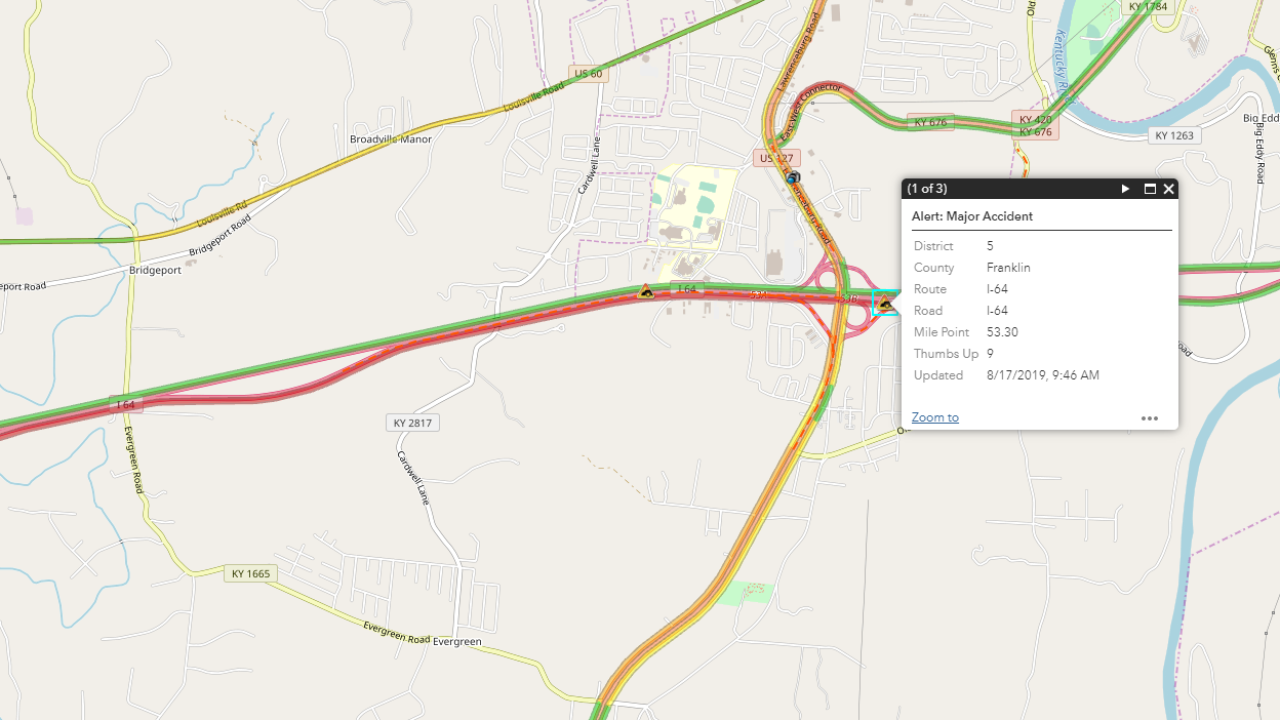 FRANKLIN COUNTY, Ky. (LEX 18) — I-64 eastbound lanes are shut down at the 53-mile marker in Franklin County, according to Tom Russell with the Franklin County Emergency Management.

Russell said he believed that three to four cars were involved in the accident. He also said that injuries have been reported.

According to Trooper Napier with Kentucky State Police, four cars were involved in the crash. Two individuals were flown to the University of Kentucky Hospital.

Accident reconstruction is on the scene and it should be at least three hours before the scene is cleared.

LEX 18 will update you with more information as it becomes available.