The Atlantic is less active 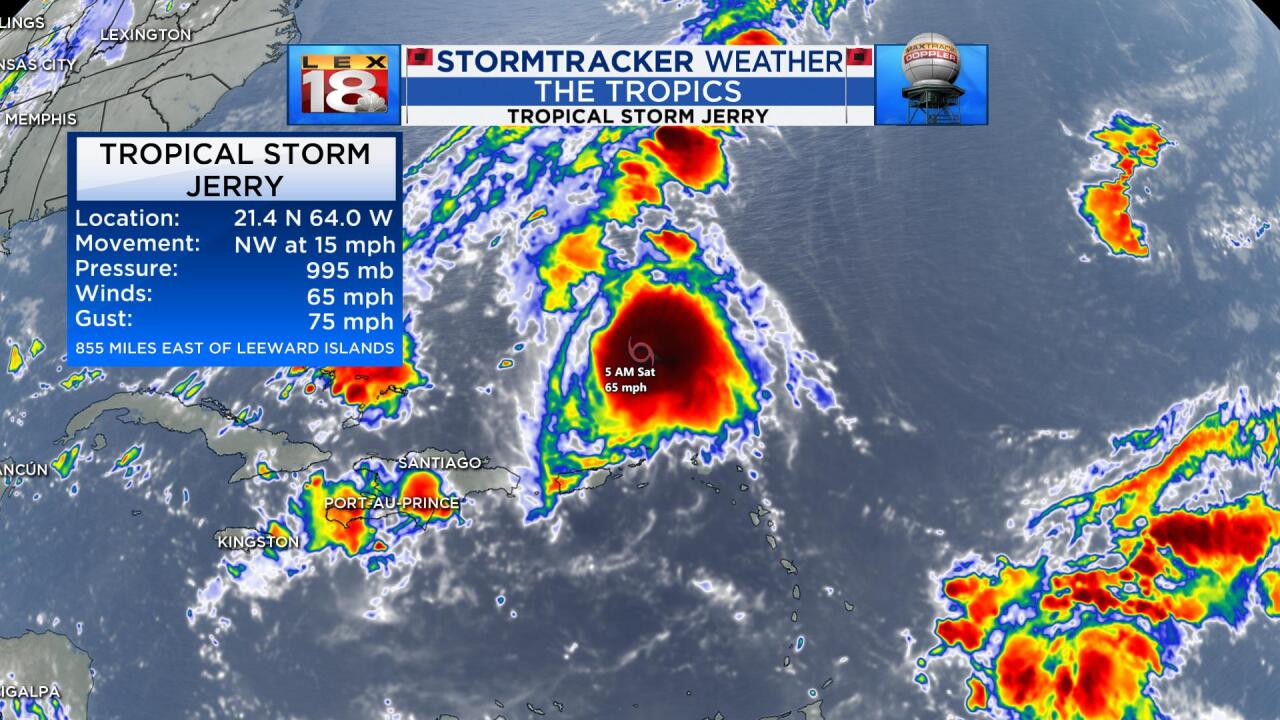 Things have calmed a bit in the Atlantic, showing only one named storm, and a few waves. Jerry still churns in the Mid-Atlantic and is forecasted to strengthen as it completes its path.

As of now, Jerry is still a tropical storm with 65 mph sustained winds and gusts to 75. The storm still sits in open water about 850 miles east of the Leeward Islands and is moving NW at about 15 mph.

The storm is expected to continue to turn northerly and eventually to the northeast throughout its life affecting very little land, if any. The only place currently in the path of Jerry is Bermuda which could be brushed by the storm around midweek. Otherwise, there is very little chance that Jerry will be anything other than an ocean storm.

In addition to Jerry, the National Hurricane Center is also keeping an eye on three disturbances in the Atlantic Basin. The first is an area of poorly organized thunderstorms sitting in the Caribbean Sea. It has the worst odds of becoming tropical in the next 5 days. A slightly higher chance has been tacked on to a second disturbance located southeast of Jerry and could become our next named system. The final disturbance is currently sitting over the western Saharan Desert. This wave has the best chance (90%) of becoming tropical in the next five days. This will be a long-tracked Cape Verde storm if it strengthens.