Summer to the east; winter out west. 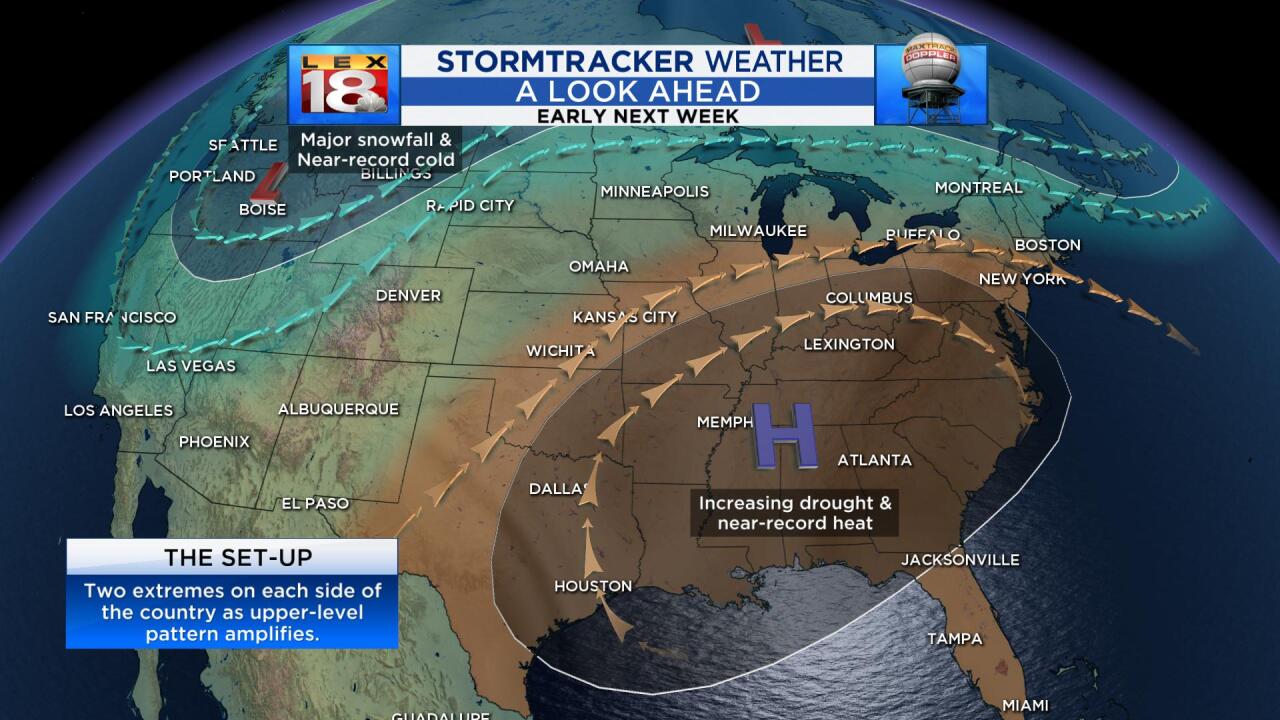 I think one of my Facebook fans said it best. (I'm paraphrasing.) "Make it stop! It's starting to feel like the movie Groundhog Day." It's true. It has been the same thing day in and day out. Hot and dry, then hot and dry. I hate to break it to you but it's going to get worse before it gets better.

Here's the set-up. There will be an amplified upper-level pattern across the Lower 48, which will result in extremes on both coasts. One side, the eastern third, will be under the influence of a strong ridge of high pressure. The ridge will amplified and be centered over Kentucky early next week. We can expect dry conditions and near-record heat. Both will increase our drought woes. October will come blazing in with highs in the low to mid 90s. Highs in the 90s in October is incredibly rare. It was only happened NINE times since 1887 in Lexington! Multiple daily record highs may fall. The all-time hottest October temperature is also in jeopardy in Lexington.

If you don't like what you're hearing you might consider taking a trip to the Pacific Northwest or the northern Rockies.

There needs to be a balance to all the heat and dryness going on out east. The Pacific Northwest and the northern Rockies are bracing for bold, early season blast of winter. A strong upper-level low will carve through Washington and Oregon over the weekend. The low will interact and pull down a very cold air mass. Near-record cold will be felt across this part of the country. In the process snow levels will lower. This combination will bring significant early season snow to the Cascade and the Rockies. Some areas in western Montana and northern Idaho could pick up up to four feet of snow through Monday.