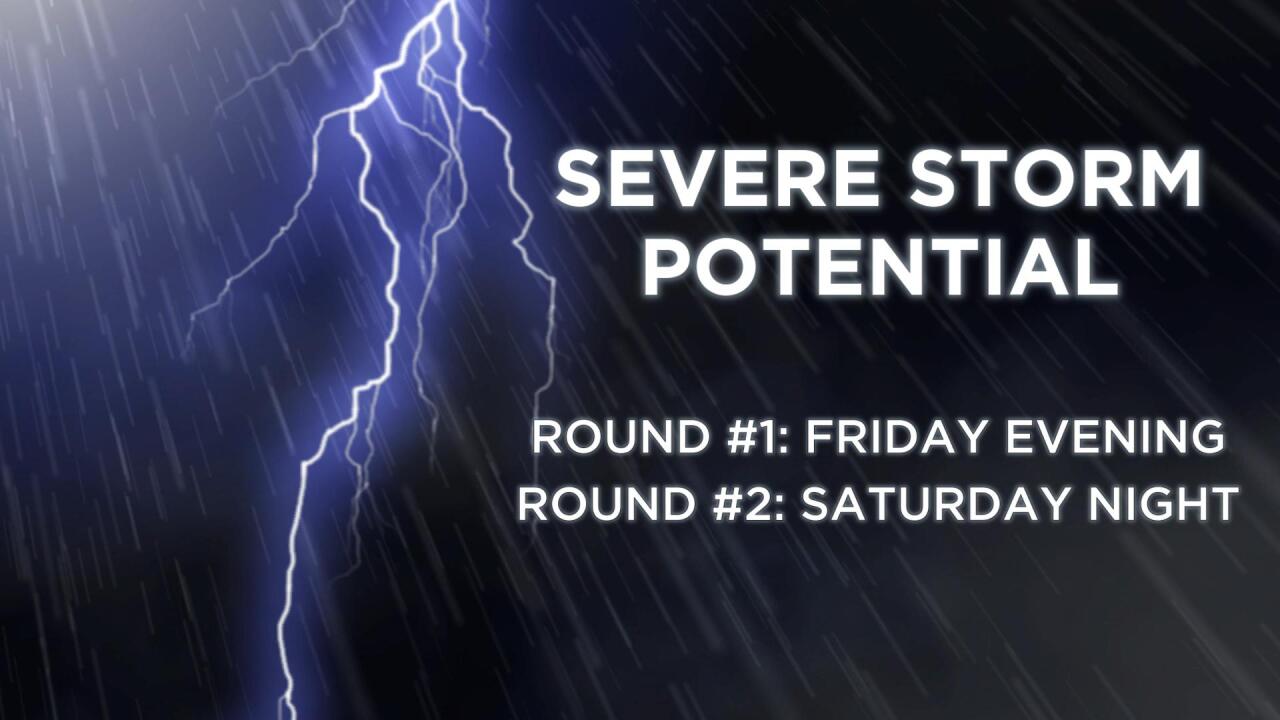 Very springy weather is on the way for the weekend, including some very warm temperatures and the potential for severe storms. Temperatures will soar well into the 70s, even the lower 80s over the next two days. There's plenty of moisture from the Gulf riding northward. And a potent system will develop across the Plains. This is the recipe for a significant severe event, which will come together on Saturday. But first, there is another round of storms that will develop later today.

A stationary boundary is presently draped across the Commonwealth. It's what lead to the separation in temperatures this morning - 50s to the north of the front and near 70° farther south. This front is going to get a little nudge northward. The result will be a batch of isolated storms late this afternoon and early evening. This will be primarily confined to areas along and north of I-64. Within that isolated batch, a storm or two could be strong to severe with gusty winds and some hail. The bigger severe event will come tomorrow.

The Storm Prediction Center has issued a rare *moderate* risk near the Quad Cities area. This means long-lived and widespread severe storms are possible. Within this area there is the potential for long-track tornadoes, very large hail, and severe wind gusts. Storms will fire up ahead of a cold front Saturday afternoon and continue advancing eastward well into the evening. That's where we come in. Most of Kentucky has been placed in the *slight* risk.

The vast of majority of Saturday will be dry. We'll see partly to mostly sunny skies and high temperatures that will likely reach 80° for the first time this year, and even challenge the record. Storms won't reach us until after dark, likely closer to midnight. The timing is not favorable for severe storms, but still the potential is there. This will be a fast moving line of storms. Futuretrack above shows what's left of the line in far eastern Kentucky by 6 AM Sunday. Damaging winds and large hail are the primary threats as these storms blow through. Given the timing, it would be a good idea to have a way to receive weather alerts. Whether it's through the StormTracker Weather app or a NOAA weather radio. These tools will help you stay weather aware while you and your family are sleeping.