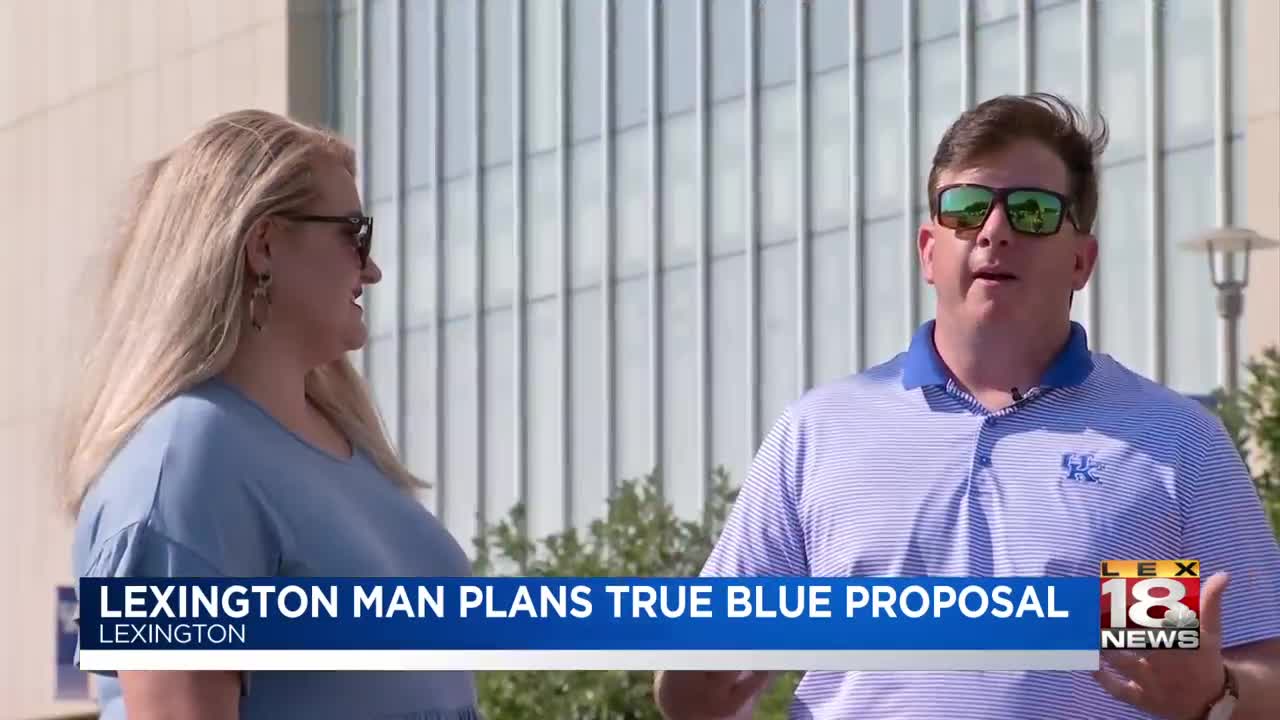 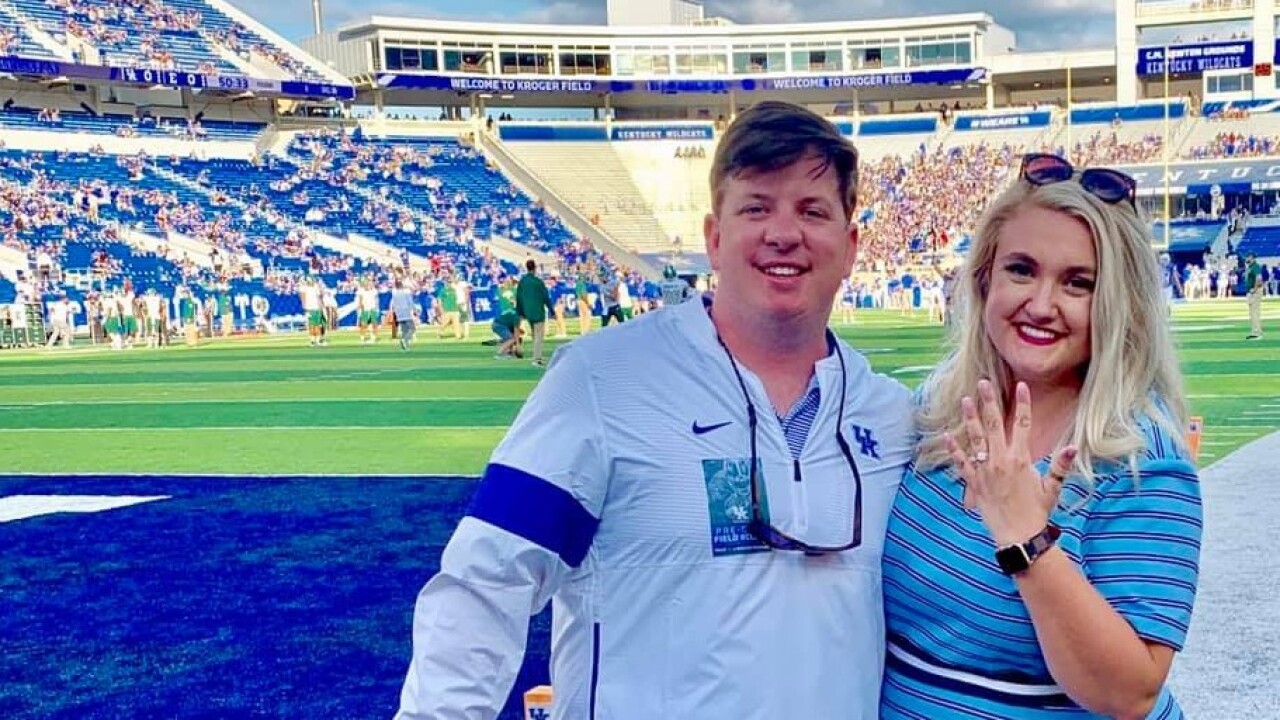 LEXINGTON, Ky. (LEX 18) — One True Blue fan got the surprise of a lifetime on the sidelines of Kentucky's football game against Eastern Michigan this weekend.

UK fan Lincoln Nevels proposed to his now-fiancée on the field shortly before the game.

There's always some anxiety in the air ahead of a big time college football game, but Nevels says he was beyond nervous to throw up the biggest hail Mary of his life.

“When the moment actually came it was a lot bigger, it hit me a lot harder when I was there and realized what was about to happen,” said Nevels.

Nevels decided just a week ago that the game would be the perfect time to pop the question to his longtime girlfriend Courtney Faul.

“Being from Lexington, UK Athletics has played such a large part in my life. I thought what a better way to do it? All the great memories already at Rupp and Kroger Field,” said Nevels.

Lincoln says he asked a client who works for JMI Sports to pull some strings.

“Within 24 hours UK contacted me and said we'd love to help you,” said Nevels.

But the couple wouldn't usually go on the field before kick-off, so UK Athletics associate marketing director helped him come up with a game plan.

“He came up with the idea and said, 'hey since you bought basketball tickets we'll just say you were entered in a contest to win field passes’ and I said ‘that's great’. As long as you don't think about it too much, yea sure it sounds reasonable,'” said Nevels.

“I totally bought it,” said Faul.

UK even sent Nevels a fake e-mail about winning sideline passes that he showed to Faul.

Come game day Nevels says he was nearly sprinting to the field in order to hide the ring box that was bulging from his pocket.

“I told him there's two hours before the game starts I don't know why we're in such a rush,” said Faul.

Finally they made it onto the field, and Nevels threw up the pass.

“I say, ‘you know Courtney some of the best memories of my life have been made here, will you make this a best memory for me?’ and I kind of was just like, 'Hey look over there!' I didn't know what else to do. She said, 'what?' Then when she turned around I was on one knee,” said Nevels.

“By the time I turned back around and realized what was happening I was in shock,” said Faul.

“I think if you can find someone who makes you a better person, you better hold onto them,” said Nevels.

“It was absolutely perfect for both of us. I loved UK when I went there, we both went there, it's just a special, special thing for both us of,” said Faul.

Nevels even had friends and decorations waiting back at their house so they could celebrate, completing his True Blue proposal for the ages.

He told LEX 18 he wanted to thank everyone who helped make their special moment possible.