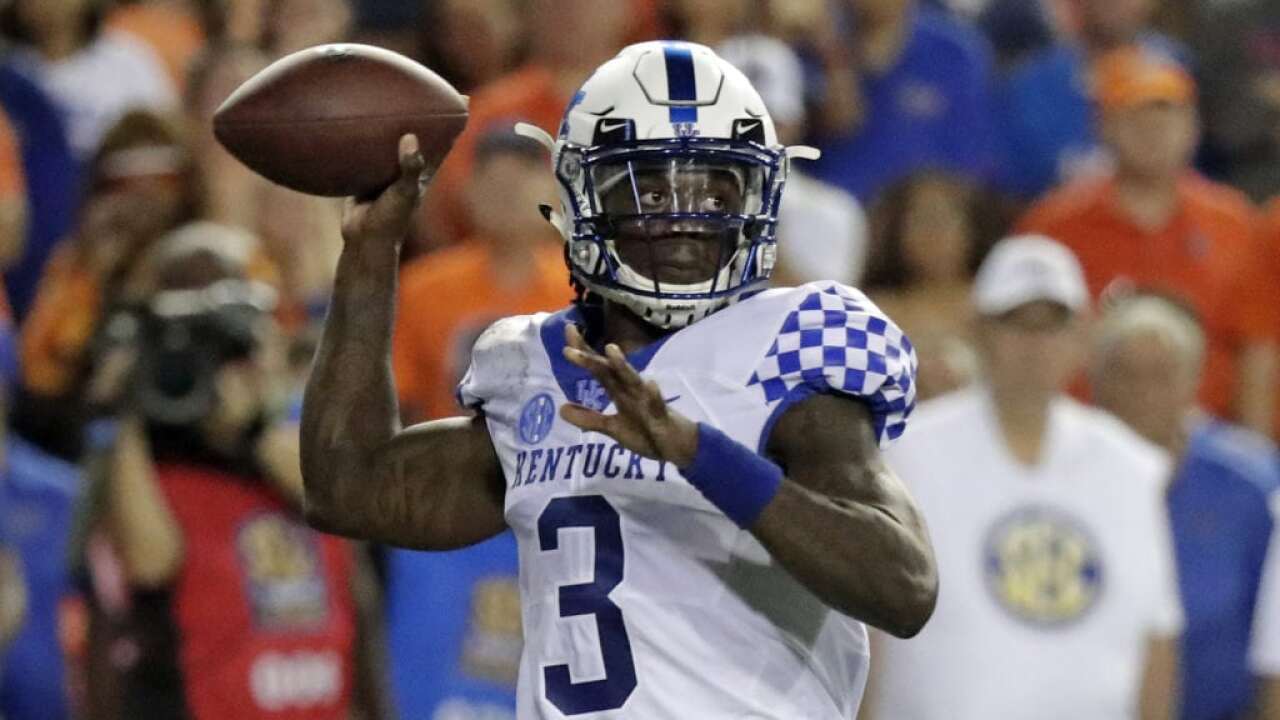 Kentucky quarterback Terry Wilson (3) looks for a receiver as his is pressured by the Florida defense during the first half of an NCAA college football game, Saturday, Sept. 8, 2018, in Gainesville, Fla. (AP Photo/John Raoux)

HOOVER, Ala. — SEC Football Media Days concluded on Thursday with media in attendance predicting Alabama to win the 2019 SEC Championship over Georgia in a rematch of last season’s dramatic SEC Championship Game.

Alabama received 203 votes to be crowned SEC Champion on December 7 in Atlanta at Mercedes-Benz Stadium, while Georgia was second with 49 votes.

Alabama was picked to win the SEC Western Division with 1,813 total points, while LSU was second with 1,493. Alabama received 253 first-place votes in the SEC West. Texas A&M was third with 1,268 points.

Alabama set a new record with 12 members selected to the First Team. The previous record was 10 by Alabama in 2017.

Only seven times since 1992 has the predicted champion at SEC Media Days proceeded to win the SEC Championship Game, including last season’s thrilling classic. The game was the most-watched and highest-rated regular-season college football game on any network in seven years with a 10.1 rating and 17.5 million viewers. It also marked the second most-watched SEC Championship ever in 26 years since the game debuted in 1992.