The peak of the shower competes with a full moon. 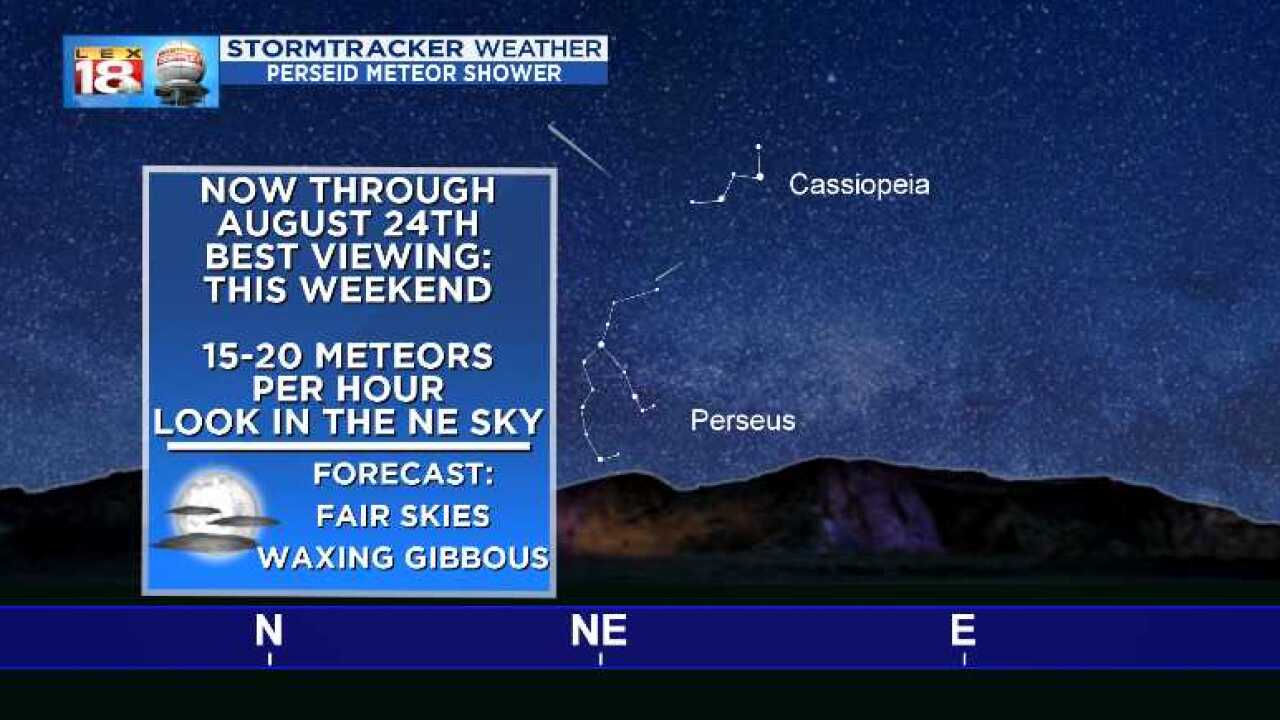 The Perseid meteor shower is upon us once again. We are entering peak of this annual shower when the most meteors are expected to streak across the sky. However, this year a nearly full moon will drown out many of the Perseids.

The Perseid meteor shower comes around every summer between July 17 and August 24. The annual shower occurs when the orbital paths of the Earth and the Comet Swift-Tuttle cross. As the Earth moves through the dusty tail of the comet, some of those dusty bits zoom through our upper atmosphere and light up the night sky. All of the meteors originate from the same place in the night sky, from the constellation Perseus. The shower is visible anywhere in the world. The Perseids are known for the number and brightness of the meteors. Between 50 and 100 meteors per hour are possible during peak time!

This year the peak days of August 11, 12, and 13 will compete with a nearly full moon. Instead of 50 to 100 meteors per hour, we will only see 15 to 20. Astronomers are suggesting to view the meteor shower this weekend to lessen the moon's dampening effect.

Clouds won't slow you down if you're going to head out and view the meteor shower this weekend. Skies will be fair both Saturday and Sunday night. The best time for viewing is after midnight when the occurrence of meteors typically increase. However, you may see a meteor as early as mid-to-late evening. You may even be lucky enough to see an earthgrazer, or a long, slow, colorful meteor that travels horizontal across the evening sky.

Aside from the time of night, here are some more meteor viewing tips.