Thursday’s looking better in the Bluegrass- partly sunny and warmer with highs in the mid 80s. Watch for a few afternoon showers developing down south. Hurricane Florence remains a category 2 storm Thursday morning and is still set for landfall along the North Carolina coast close to Wilmington Friday morning. Sustained, damaging wind is a definite threat but the combination of storm surge and torrential, tropical rainfall will lead to potentially catastrophic flooding along the coast and inland as the storm slows and grinds west into South Carolina.

There is a chance for a Kentucky impact but it’s dependent on the uncertain track of the remnant low. It looks to head north into the Appalachians early next week and could throw showers & storms our way Monday & Tuesday- especially over eastern Kentucky. This would be the Commonwealth’s second hit from the remnant of a tropical system in less than two weeks! 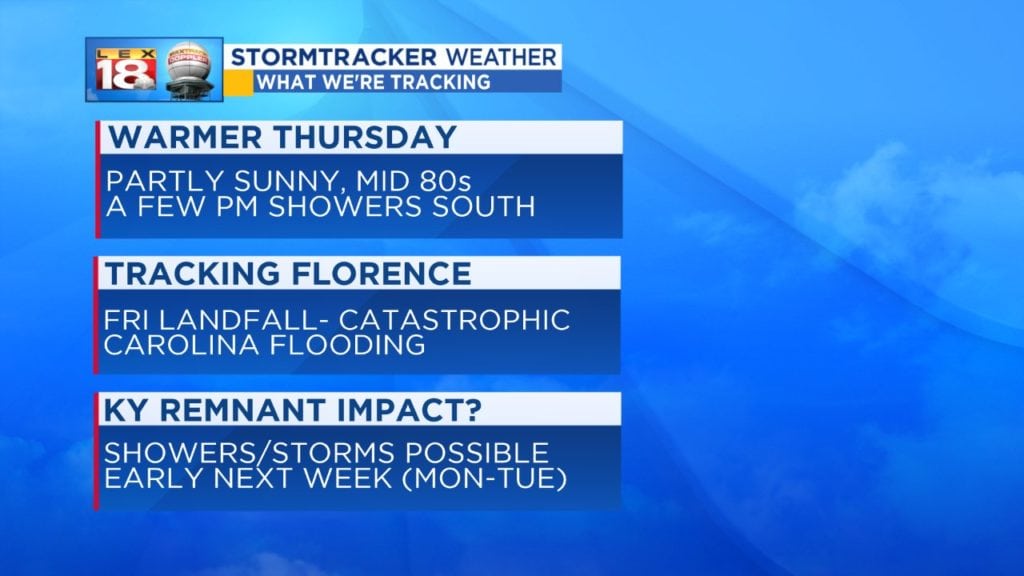 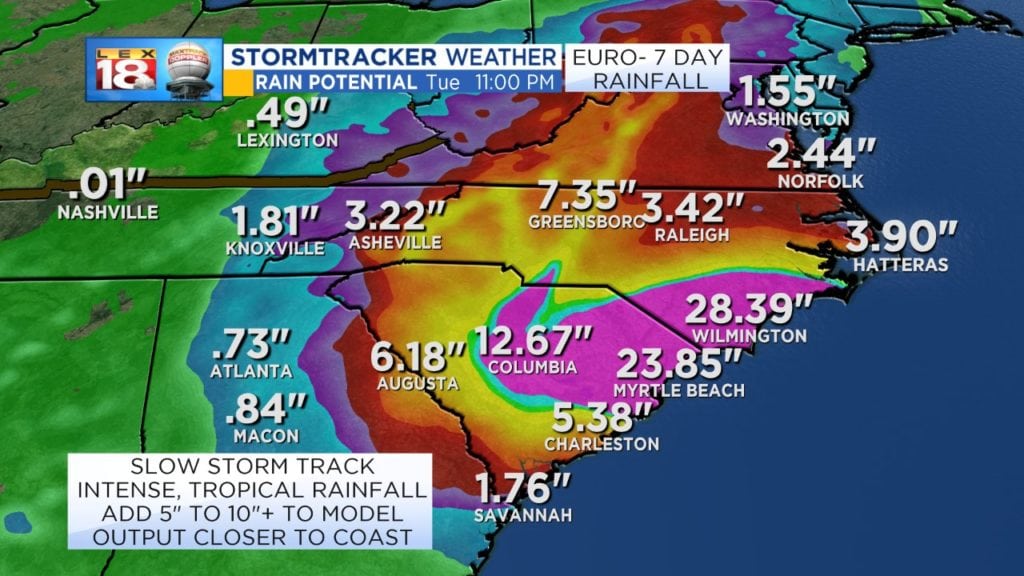