It’s almost the weekend, but unfortunately the forecast isn’t looking up. Waves of rain will track through the Bluegrass starting late tonight and continuing on into Monday. The first round arrives as the remnants of Hurricane Willa move through the Southeast. Clouds have already started filling in. Showers won’t be too far behind later tonight. Keep your rain gear handy Friday for off and on showers.

It won’t be raining the entire time during this soggy stretch. We are tracking showers to taper off late Friday night then we’ll​ catch a break Saturday. Even though rain chances will be low, skies will remain overcast and temperatures will be seasonably cool to start the weekend. Showers will then return Sunday before ending Monday. When all is said and done over an inch of rain will possible across central and eastern Kentucky.

The wet and dreary conditions will keep us chilly too with highs in the upper 40s to mid 50s through early next week. High pressure takes over Tuesday, which will bring back the sunshine and warm temperatures up into Halloween. 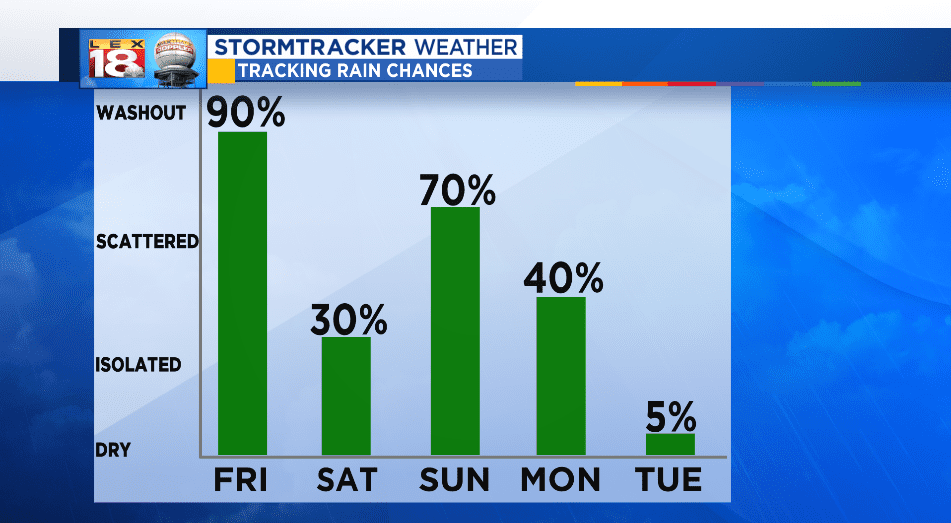