Last night was very cold. Tonight will be even colder. We’re tracking near-record lows in the upper teens to lower 20s. A glint of good news, winds will be light so wind chills won’t be so harsh in the morning. Those temperatures will be enough of a wake up all. On the other hand, the light wind and wide-open skies will be reason why temperatures will drop so far overnight.

Temperatures will get a little boost Sunday afternoon with highs in the upper 40s. The Arctic high, which brought the cold but sunny start to the weekend, will depart. Clouds will starting increasing during the latter part of Sunday. We’ll call it transition day ahead of a messy set-up for the start of the week. We are tracking a system that will lift out of Texas Monday and Tuesday. This still looks to be a mostly rain event beginning late Monday. Another Arctic front will also be closing in by Tuesday morning. This rush of colder air may result in some snow showers through Tuesday afternoon. At this point, little to no accumulation is expected. But this will be a better chance for more of us to see the first snow of the season (in case you missed the flurries last night.) We’ll continue to fine tune the forecast over the next two days. 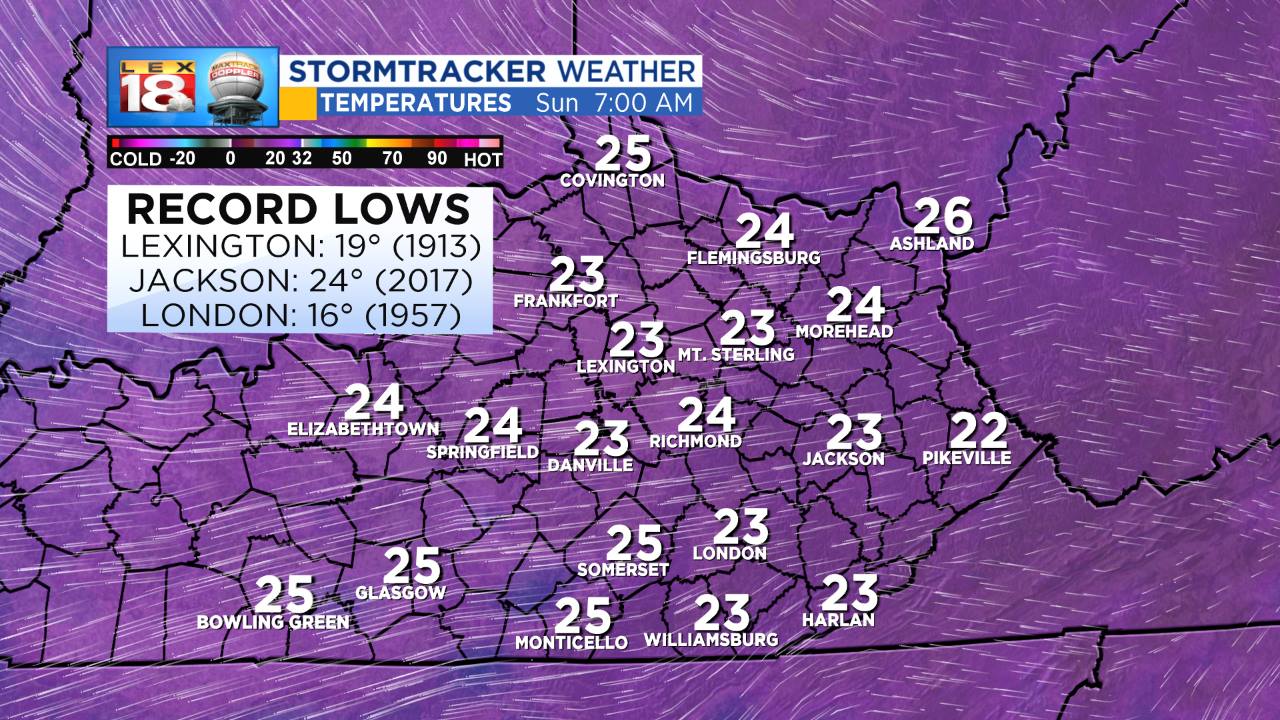