This time of year just the passing mention of the word “snow” gets people excited, including us in the StormTracker Weather Center. Since late last week we have been tracking the potential for rain and snow showers to start the new week. A pair of systems are set to meet up over the Bluegrass. The southern stream will provide the moisture while the north stream brings the cold air. On Friday it looked like the two streams would be “matched” – the moisture would still be present when the Arctic air arrived Monday night. The trend has been “warmer” with more rain than snow, and the systems have been “phasing out.” This is a less exciting outcome for the snow fans. 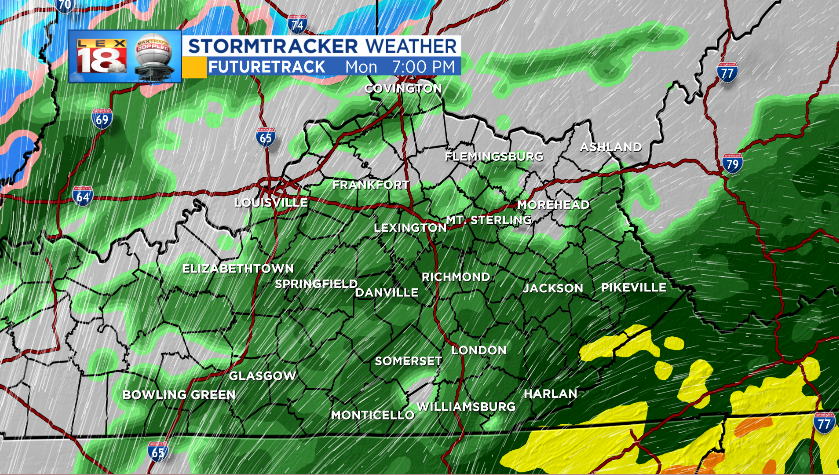 Kicking this round off with a chilly rain that will track northward throughout the afternoon. Southern Kentucky, showers look to reach you after lunch. It will be wet by the evening commute for areas near I-64.  There will be several hours of widespread rain Monday night. 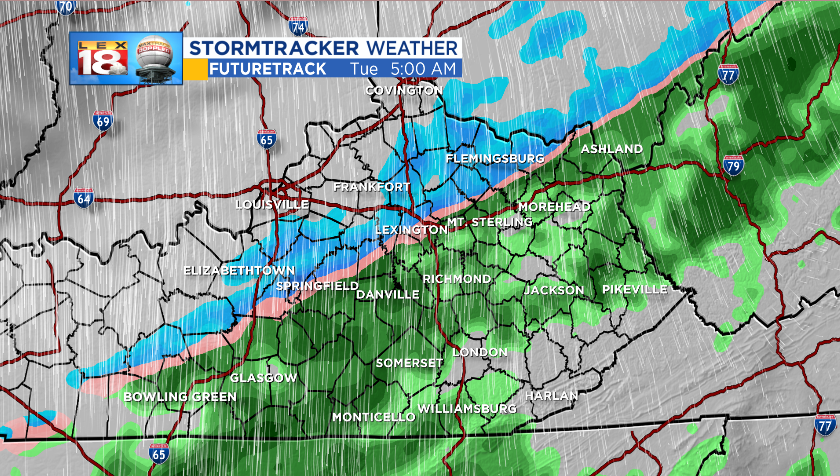 Then comes the Arctic push Monday night. But the question is will there still be enough moisture to convert to snow? This is the less phasing part of the two streams. The air will be plenty cold enough, but the lack of deep moisture will minimize the potential for snow. That’s not to say that parts of the Bluegrass won’t see a light wintry mix or light snow. Our chances just look to be lower. 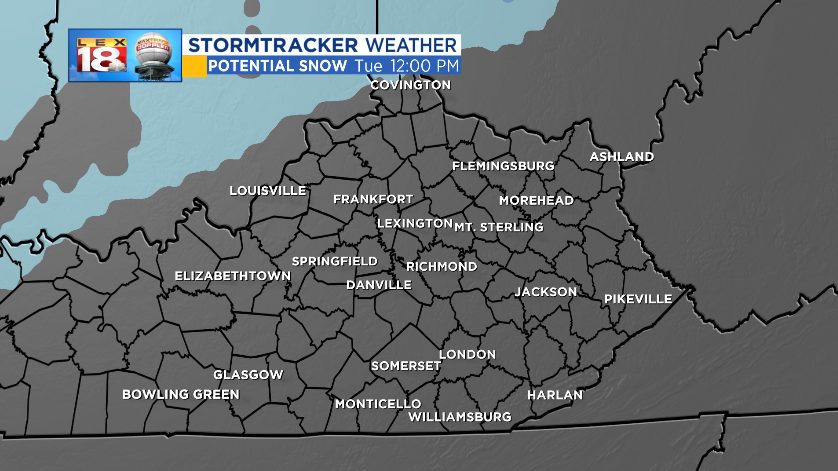 Right now southern Indiana and Ohio are the spots most likely to see accumulating snow. Even these spots will receive less than a half inch. Meanwhile for the Bluegrass, the light snow Tuesday morning may result in a dusting at best in spots. 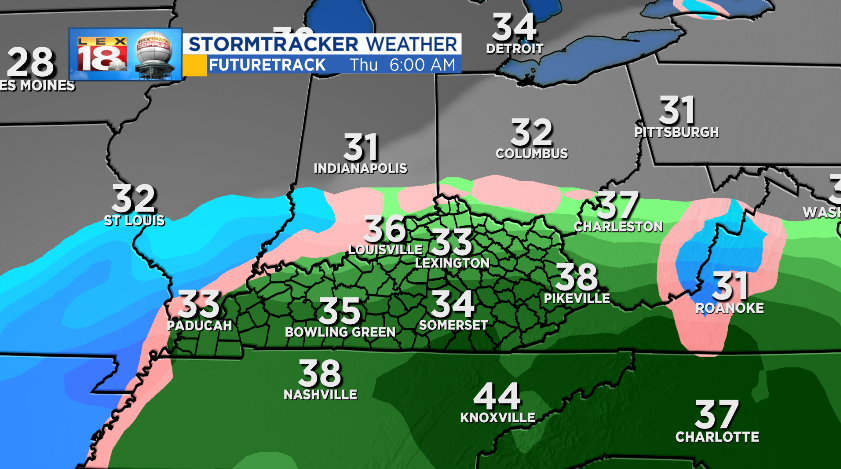 There are a couple for chances for rain and snow showers this week. The next will come Wednesday night through Thursday. This forecast has chanced quite a bit in the last 24 hours. Yesterday, the middle of the week was looking dry but cold. But looking at the model data today, rain and snow showers are now in the forecast. We are tracking a wintry mix late Wednesday that may change over to all light snow through Thursday morning before reverting to a cold rain. Temperatures will be flirting with the freezing mark the entire time so this could be another tricky forecast. Yet another shot could come with a clipper system Friday night.

This is the time of year where tweaks will be made to the StormTracker Forecast. It’s not that we don’t have a handle on the weather story. Instead timing, temperatures, and moisture content are changing so the 8-Day Forecast evolves with those changes. As we get closer to the actual event, we get a much better sense of what is likely to occur.