After a wet Tuesday morning commute with lingering low clouds, drizzle, light rain and even a few snow showers mixed in we’ll slowly dry out later in the day. Expect cloudy skies and cold highs in the mid to upper 30s.

Another wave of cold rain tracks our way Thursday- watch for an early morning round of mixed precipitation, light freezing rain that could lead to a slick, potentially hazardous Thursday morning commute before we transition to cold rain later in the day. This weekend’s highs are still trending below average but at least we’ll be dry! 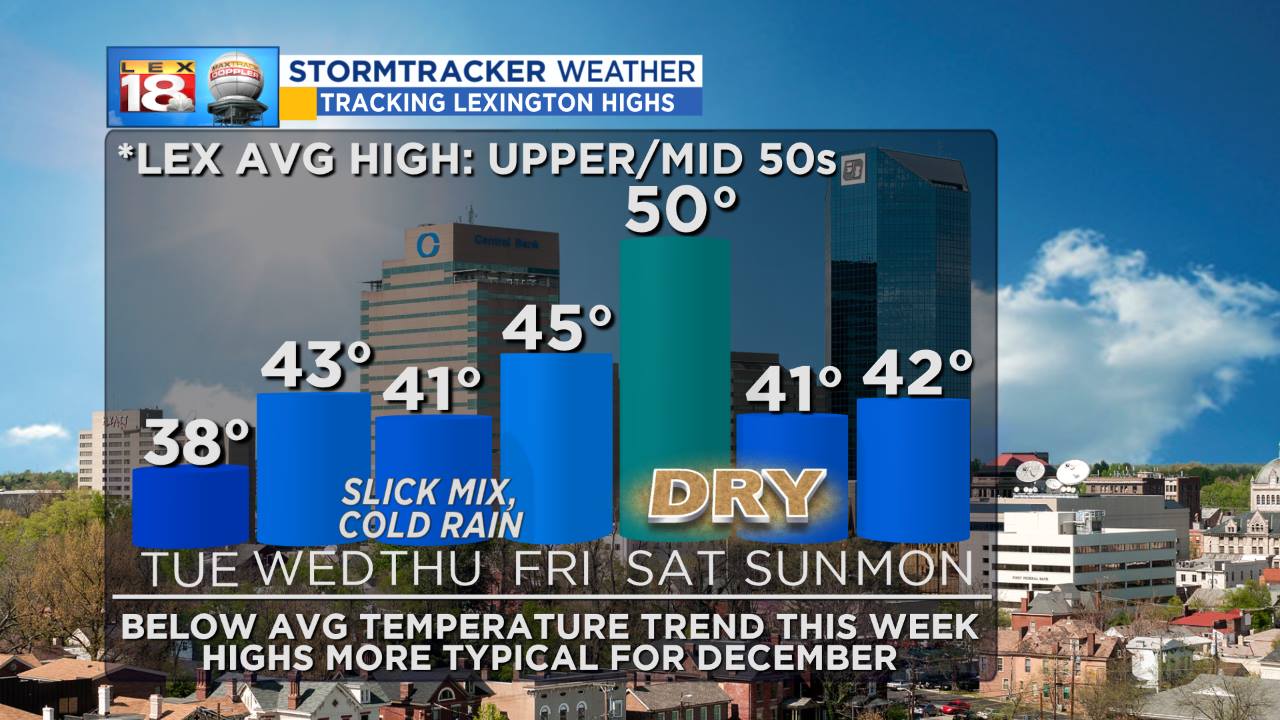 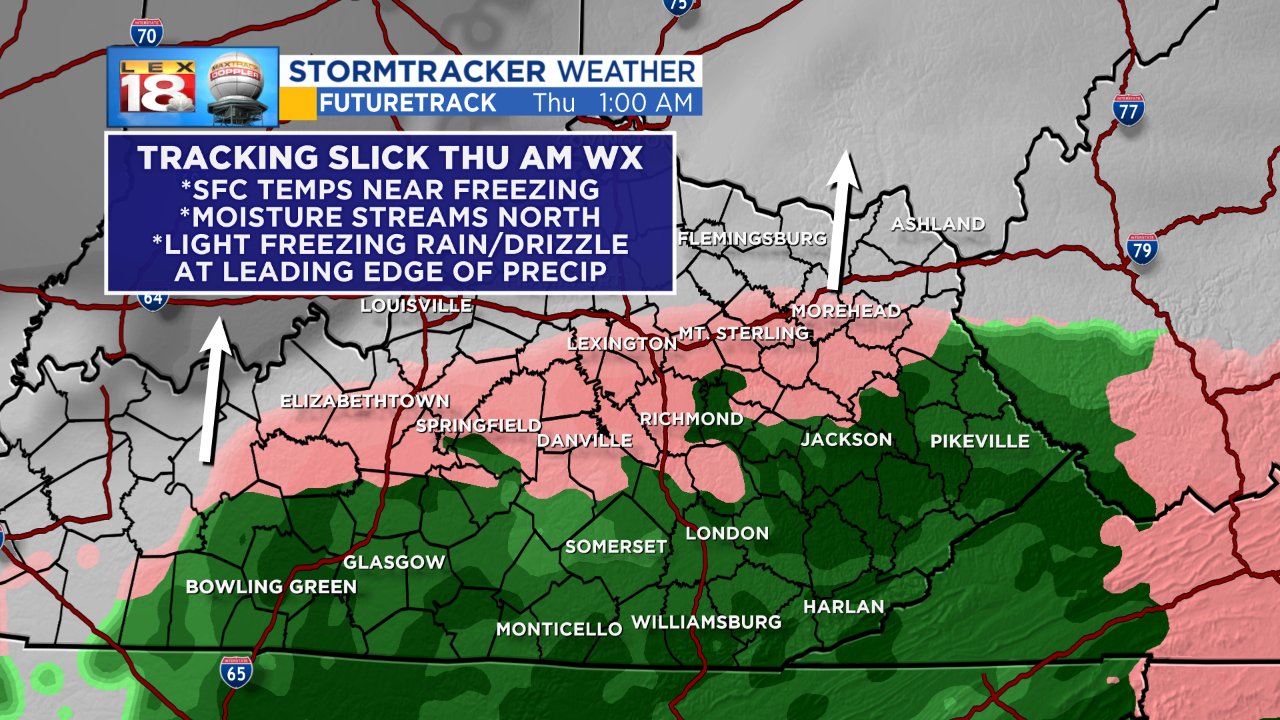