Winter Weather Likely to Impact Parts of the Area

Last night’s light wintry mix was teaser for what’s to come late in the weekend. In the meantime, we are tracking colder temperatures and quiet conditions. Highs will be in the mid 30s each of next two afternoons.

A big storm system will move through the Deep South on Sunday. Kentucky will be on the far northern side. We are tracking the potential for widespread snow and sleet beginning late Saturday night. Southern Kentucky may see a wintry mix at the onset. There is likely to be a sharp cut-off when it comes to accumulation. The greatest potential for decent snowfall totals will be across southern and southeastern counties. The mountains and foothills of Georgia, North and South Carolina, and Virginia will receive the most snow from this storm. The precipitation now looks to shut down faster Sunday evening. Everything may be done falling from the sky by Monday morning, but some around central and eastern Kentucky could be dealing with a decent of snow on the ground. 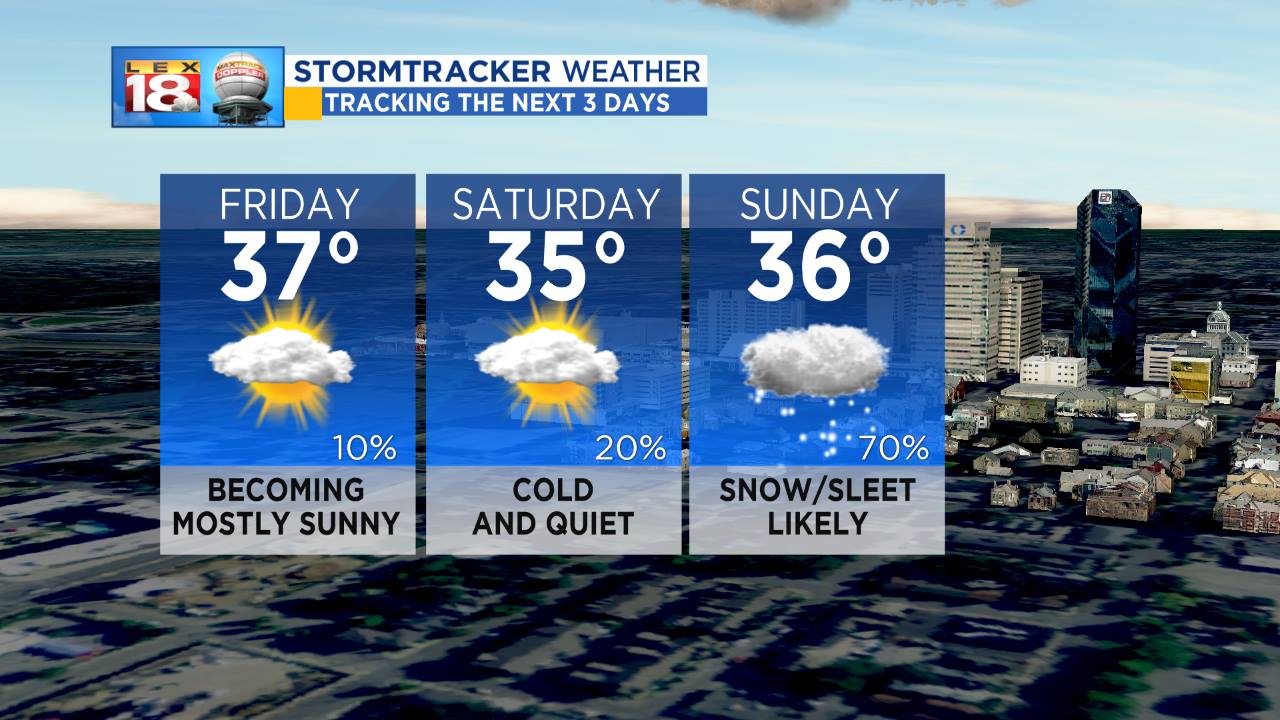