Feel a little rumble in southern Kentucky early Wednesday morning? A few people reported it close to our southern border- there were two earthquakes in eastern Tennessee between 4-4:30 AM. The initial 4.4 magnitude quake was felt here in the Commonwealth and as far south as Atlanta! USGS says it’s the second strongest quake in eastern Tennessee behind a magnitude 4.7 near Maryville in 1973. 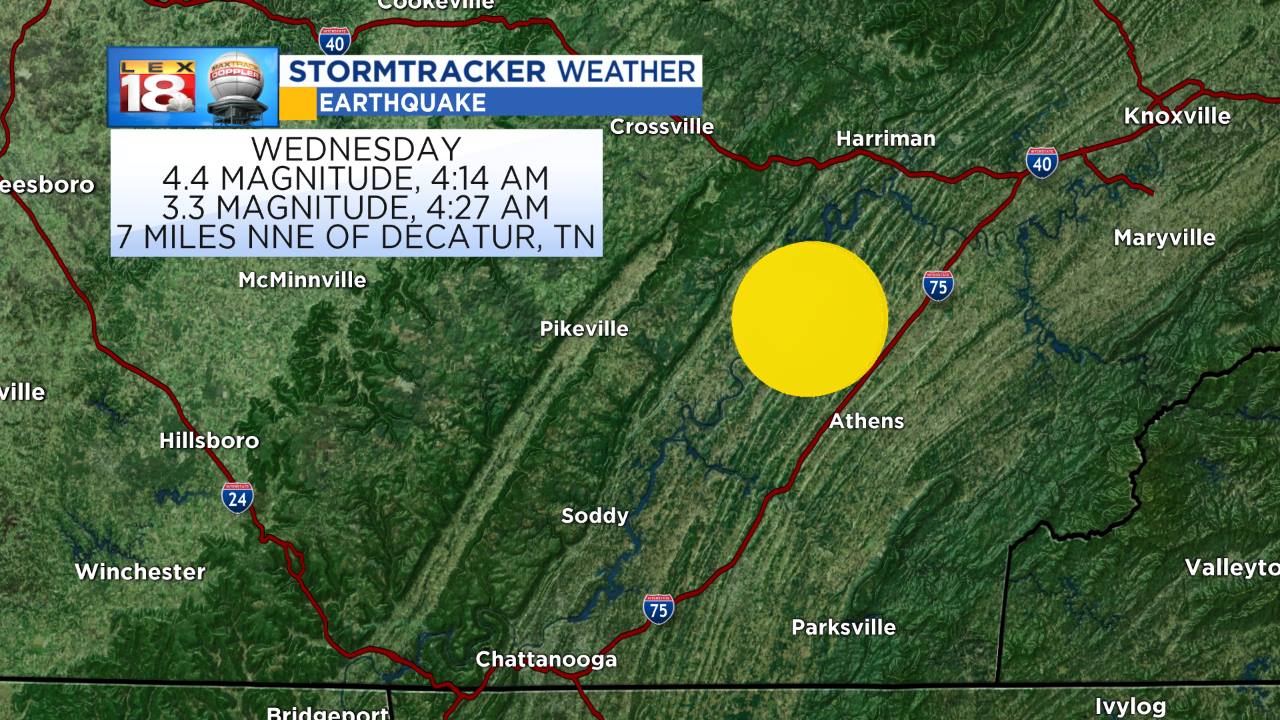