A weak, fast-moving clipper will sneak by tonight. Scattered snow showers will be possible this evening, then again after midnight. Like last night, a trace up to a half inch of snow will be possible. Southern Kentucky will see very little, if any accumulation at all.

The second half of Sunday will bring a little more sunshine and slightly milder temperatures with highs in the upper 30s. This “January thaw” continues Monday. The wind will kick up out of the south and send highs to near 50°. This will be the exception, not the rule next week. There is a better chance for accumulating snow as a potent storm system drops in Monday night. Snow showers wind down early Tuesday, and will be followed up by much, much colder temperatures. The “Polar Vortex” will send the coldest air of the season southward into Kentucky. 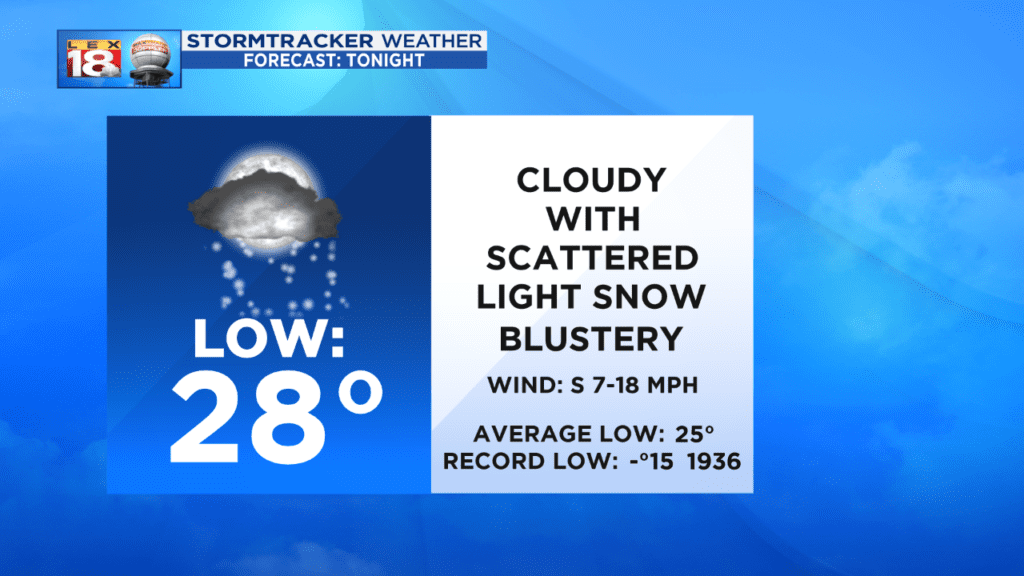