It’s March. The beginning of meteorological spring (March-April-May) but Old Man Winter still has a few tricks up his frosty sleeve! We’re cloudy, dreary & chilly but relatively quiet Friday and Saturday. Beyond a few sprinkles there isn’t much going on in the Bluegrass until a wave of late weekend rain rolls our way. Watch for scattered showers that will persist across southeastern counties this afternoon.

It’ll be cold enough Sunday night into Monday morning that a band of light, accumulating snow may set up north of I-64 over northern KY, southern IN & OH. After that? A wicked cold Arctic blast with highs cratering in the 20s Monday through midweek. Expect lows in the teens and a subzero wind chill at times. Hope you didn’t pack away all that winter gear yet! 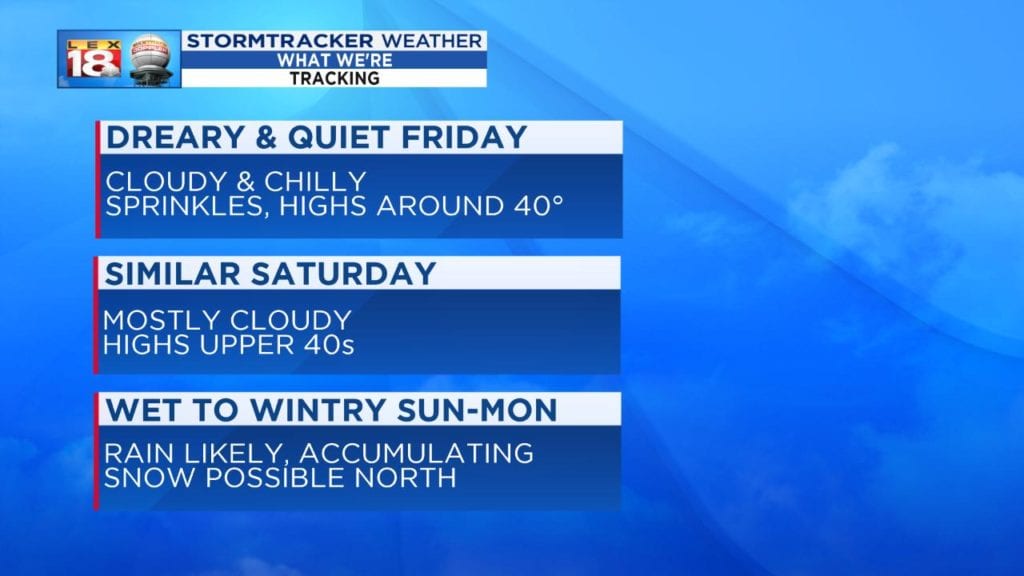 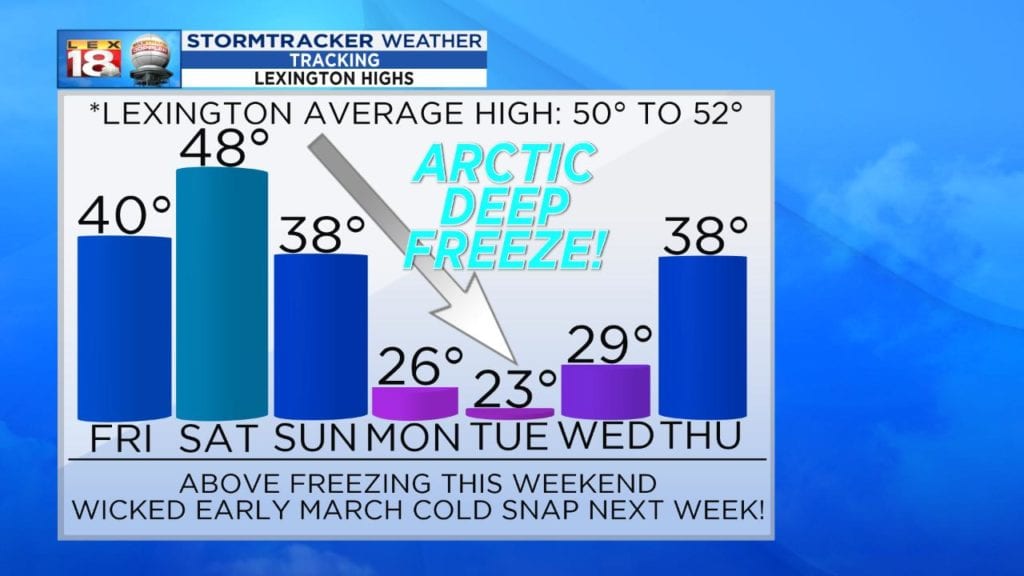