One of the Warmest of the Next Eight Days

In the scheme of things today will be a pretty good day. There will be more clouds than sunshine, but temperatures will be mild with highs in the mid to upper 40s. These will be some of the warmest temperatures that we’ll see over the next eight days. And that’s not really saying much, especially since it was in the 60s on Wednesday.

Tomorrow will be a different story. A storm with tropical Pacific origins will march across the southern half of the country this weekend. Precipitation will reach the Bluegrass by tomorrow morning in the form of rain and snow showers. There will be a transition over to a cold rain during the day before ending as snow. Light accumulations are possible, especially near the I-64 corridor. The late-day changeover to snow will come as an Arctic front barrels through the Bluegrass.

Winter is going to hang around long after the wintry precipitation ends. We are tracking a frigid start to next week with lows in the teens, even the single digits, and highs in the 20s. There will be several days where we don’t climb above freezing. So much for an early spring. 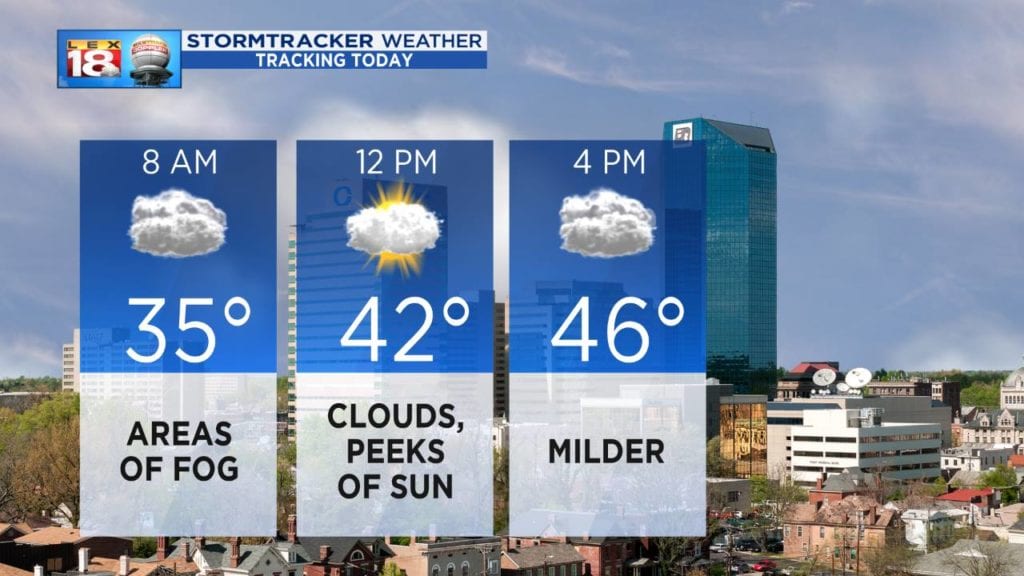