A lot going on today 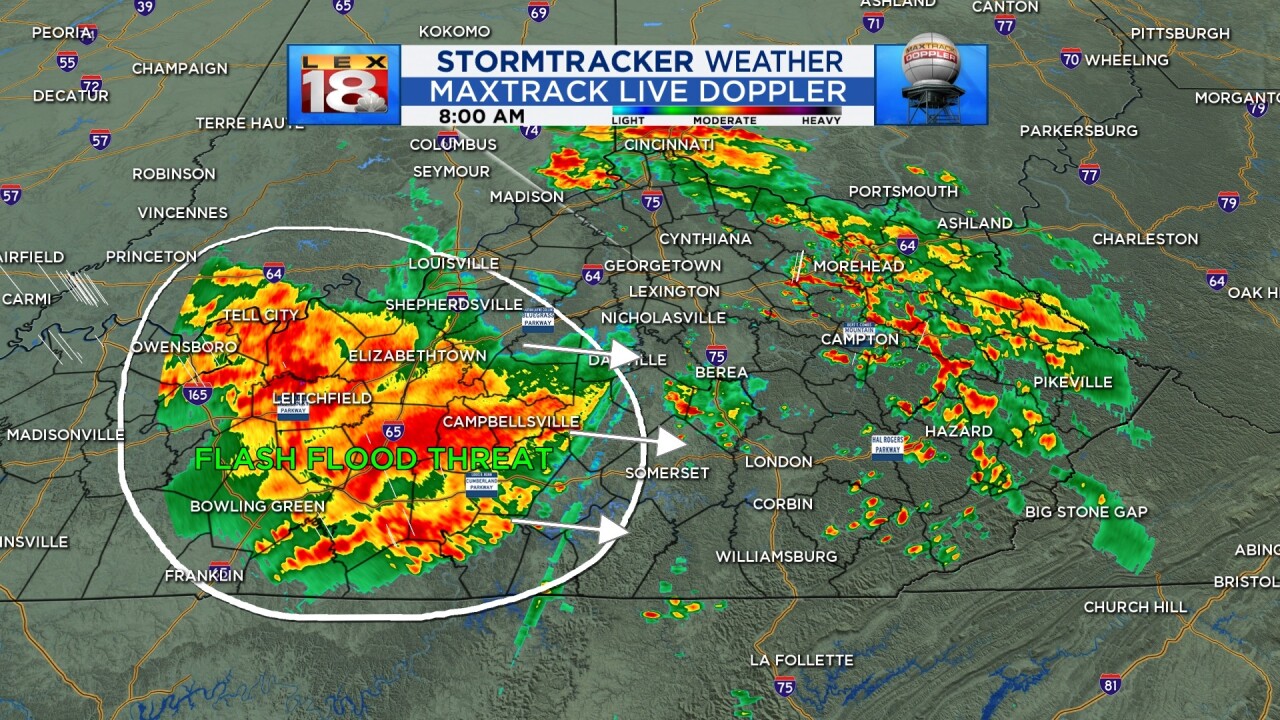 Rain showers and thunderstorms have been prevalent through the region this morning thanks to a slow-moving cold front. We’ve had enough fuel (think about how humid it has been) and now we have the instability factor. Bottom line, the MaxTrack is in rare form. Temperatures are running warm in the low 70s and upper 60s.

The first real threat we’ll deal with today will be the flash flood threat with a large swath of rain to our west. It is a slow-moving wave of heavy rain which will have flash flood implications through the late morning and early afternoon. Areas most affected by it will be the south-central corridor between I-65 and I-75 and then counties in the southeast. Rainfall amounts could reach as high as 3” in this time frame. Watch for high water through this morning and through mid-afternoon. As that swath leaves via the KY/VA state line, afternoon thunderstorms will be flaring. We may see some sunshine between the clouds which will not be a welcomed change. The more sunlight we get, the warmer temperatures become, the stronger the potential for severe thunderstorms. With the storms, coverage will be much less, but threats will be higher. Heavy downpours and lightning will be likely, if you’re in the storm path. Wind gusts could be damaging at times and small to moderate hail is possible. A brief spin-up tornado is possible, but chances are pretty low. Storms will wrap up overnight before the next round of activity tomorrow afternoon.