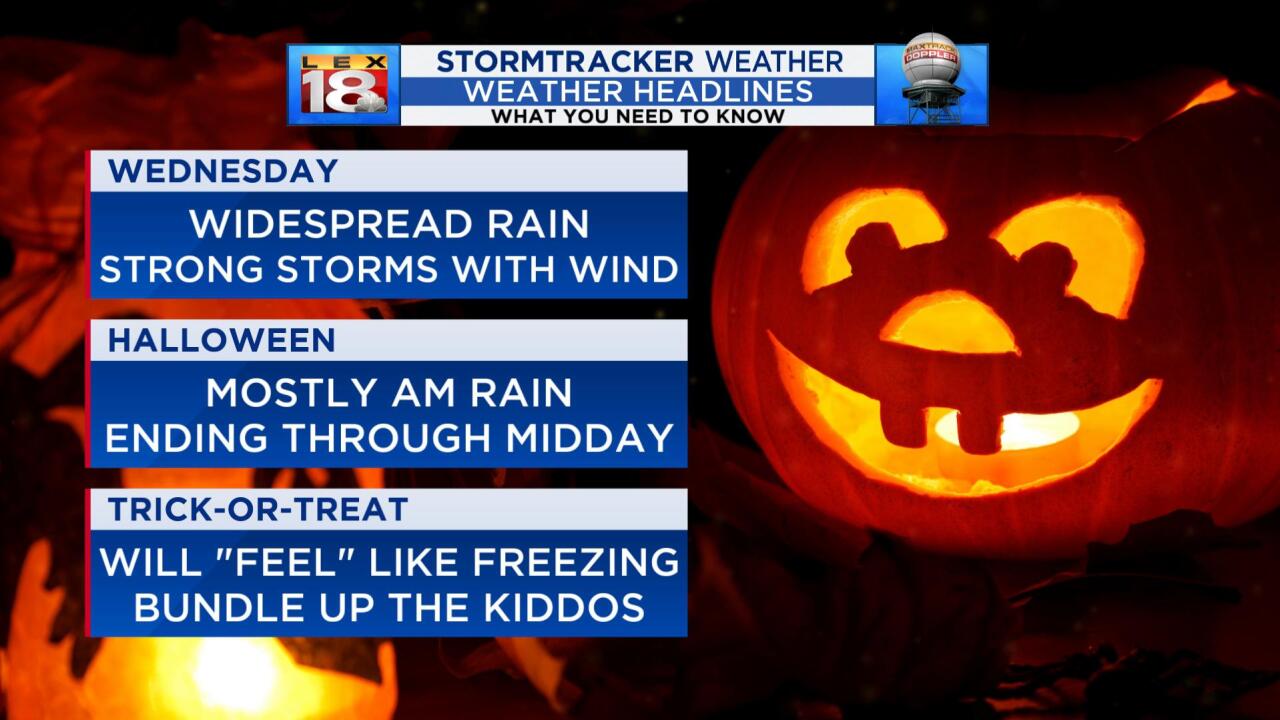 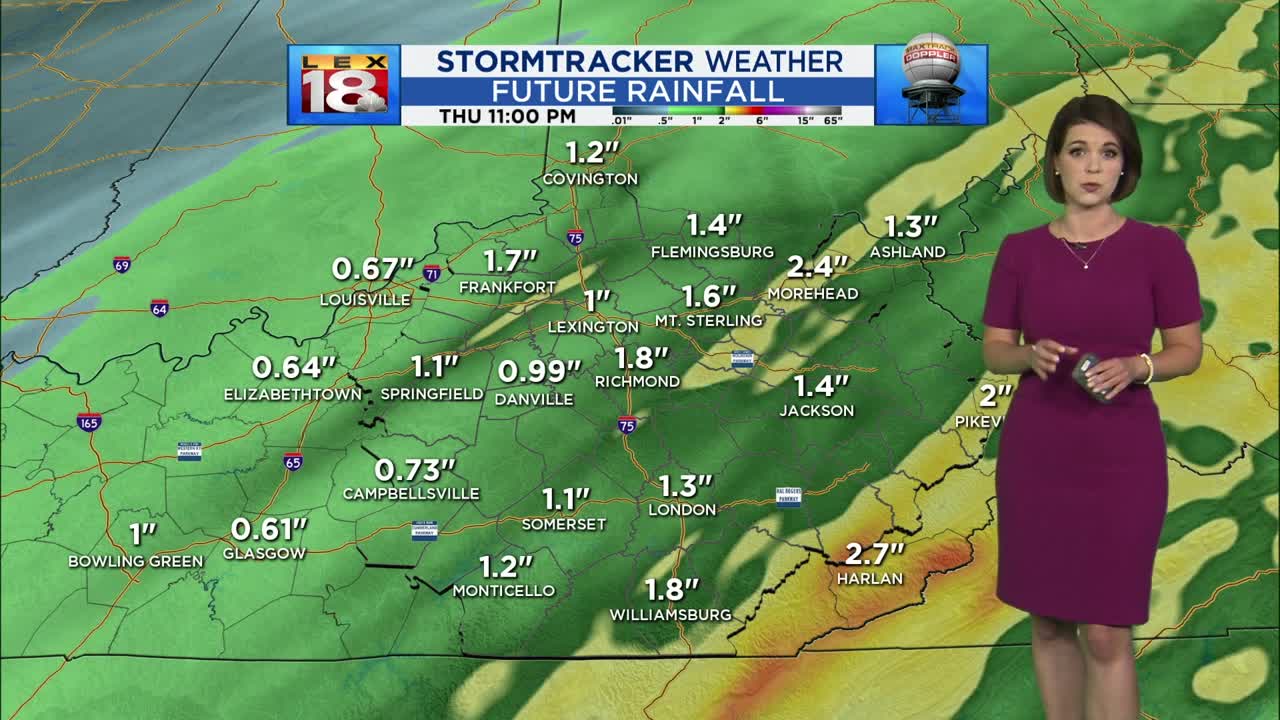 It will not be an east last few days of October, but we’ll get through just fine. A powerful fall system is ramping up energy for the region today and tomorrow which means rain, wind, and yes…cold.

The current radar is littered with widespread light to moderate showers. Heavy bouts of rain are mixed in and will get heavier as the center of low-pressure slides in. Rainfall since this morning has totaled less than an inch in all locations except Taylor County. Highest totals have been around and less than 1.00.” The Bluegrass is around and less than a half inch, and the eastern counties have seen little to none.

Between the rain and storms tonight, and the frontal push tomorrow, another inch to 2 inches is possible. Localized spots in the southeastern counties may see up to 3” or even a little higher. This will be a mostly slow progression of rain, so flooding is not a top concern, but some minor flooding is possible. Watch for high water and ponding on roads through Thursday evening.

Later today, as the low moves over Kentucky, the energy in storms will ramp up. Widespread severe weather is NOT expected, but a few isolated incidents are possible. Thunderstorms will produce heavy rain and lightning, and a few strong to damaging wind gusts are possible. If a severe thunderstorm warning goes into effect for your area, head indoors and wait out the storm.

There is a “marginal” risk for severe wind gusts this afternoon and evening. The key word for this is “isolated.”

There is some good news in the forecast for trick-or-treaters! The cold front looks to be speeding up which means rain chances will lower for the 6:00pm to 8:00pm time frame Thursday. Rain should be finished in the Bluegrass other than the occasional sprinkle. The I-75 corridor will be much the same. If you live in the eastern and southeastern counties there may still be some departing rain showers, so plan accordingly.

The front speeding up is good for the rain chances, but that also means the cold air will be arriving sooner. Temperatures are forecast to drop down into the upper 30s or low 40s. Regardless of where you live, the wind will still be strong. Winds will be gusty out of the west between 10 & 20mph with gusts reach 40 at times. So, with the cold air and strong winds, expect it to feel more like 32 degrees or cooler thanks to the wind chill factor. Bottom line…bundle up those kiddos! The two temperatures below are is the comparison between both major long-range models. Both are hinting at a sub-40 degree trick-or-treating window.

Due to temperatures dropping down to freezing the morning of Friday, a FREEZE WARNING has been issued. Temperatures will drop between 25 and 30 in most locations, so protect the sensitive vegetation. Also, with a few leftover showers as the temperatures cool, a few flakes are possible in the eastern counties.

DO NOT PANIC! The flakes will be few and far between and will melt as they touch the ground. Winter weather is not expected to impact roads at this time.

Have a safe and Happy Halloween everyone!