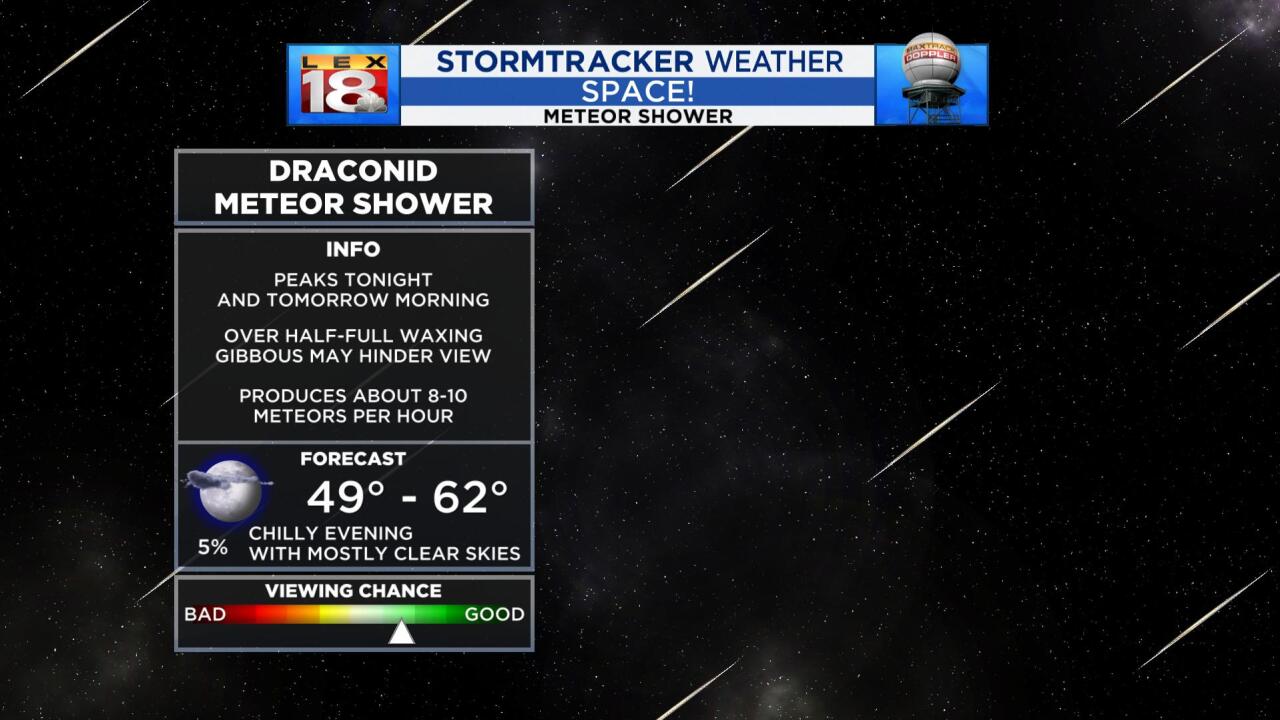 The minor Draconid meteor shower peaks tonight and tomorrow morning. The Draconid shower takes its name from the constellation Draco, the dragon and occurs when the earth passes through the debris field left by the comet 21P/Giacobini-Zinner.

Viewing will be mostly good overnight thanks to the mostly clear skies at the beginning of the evening. Skies will eventually cloud over for some as radiation fog gets going. Another hinderance to the shower will be the over half-full waxing gibbous which will go on to become the full Hunter’s moon on the 14th. The moon is will set at 3:31 am making skies darker, but the fog will likely be in place by then.

The forecast calls for a chilly overnight, as temperatures fall from the low 60s down to around 50 degrees. Rain chances remain low during the event.
The shower will be minor, only producing about 8-10 per hour, but you’ll still get a view occasionally, if you’re patient. A better shower is expected with the Orionid shower peaking around the 21st and 22nd of October, weather permitting.