Rain chipping away at the drought 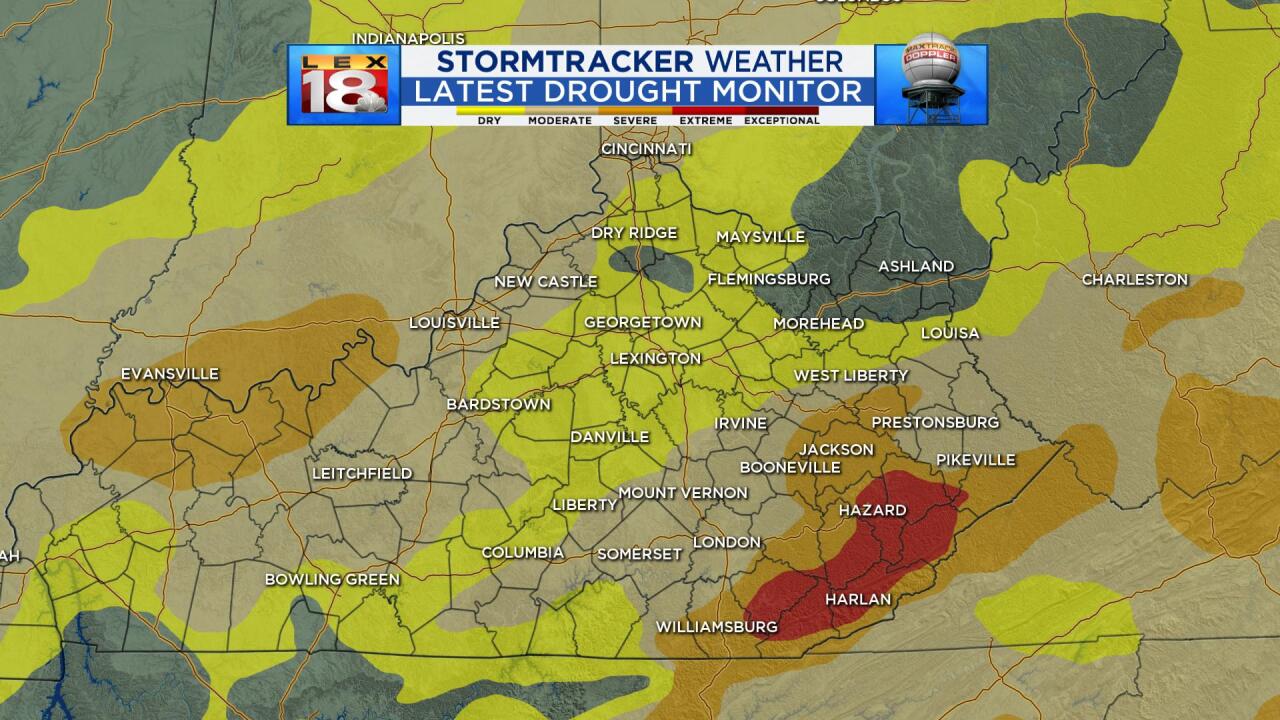 After the driest stretch in Bluegrass weather history, the rain has returned. Over the last few couple of weeks, rain chances have improved thanks to a more active pattern. This pattern has a cold front arriving every few days packing rainfall with it.

We still sit in a drought. By no means has it gone away or been remedied; however, we are improving. Since last week, our moderate drought locations have decreased from 66% to 56%. Our abnormally dry locations have also fallen from 97% to 92%. Locations most improved include the north and northeast part of the state, the Bluegrass, and the central corridor.


Areas that have not improved are the southeastern counties. From the Mountain Parkway south, most counties are under severe drought. Severe drought has increased from 17% to 18%. Perry and Knott and Letcher counties have been suffering from extreme drought which covered about 1% of the state. Now, Harlan, Bell, Knox and Leslie have joined in, bringing the percentage up to 4%.
This weekend will bring in very little rain, despite being caught between two strong systems (one being a Tropical Storm). We will receive more rain with the second cold front, slated for Monday and Tuesday. This round should bring better chances of rain to help with the drought.