1” to 2” of additional rainfall 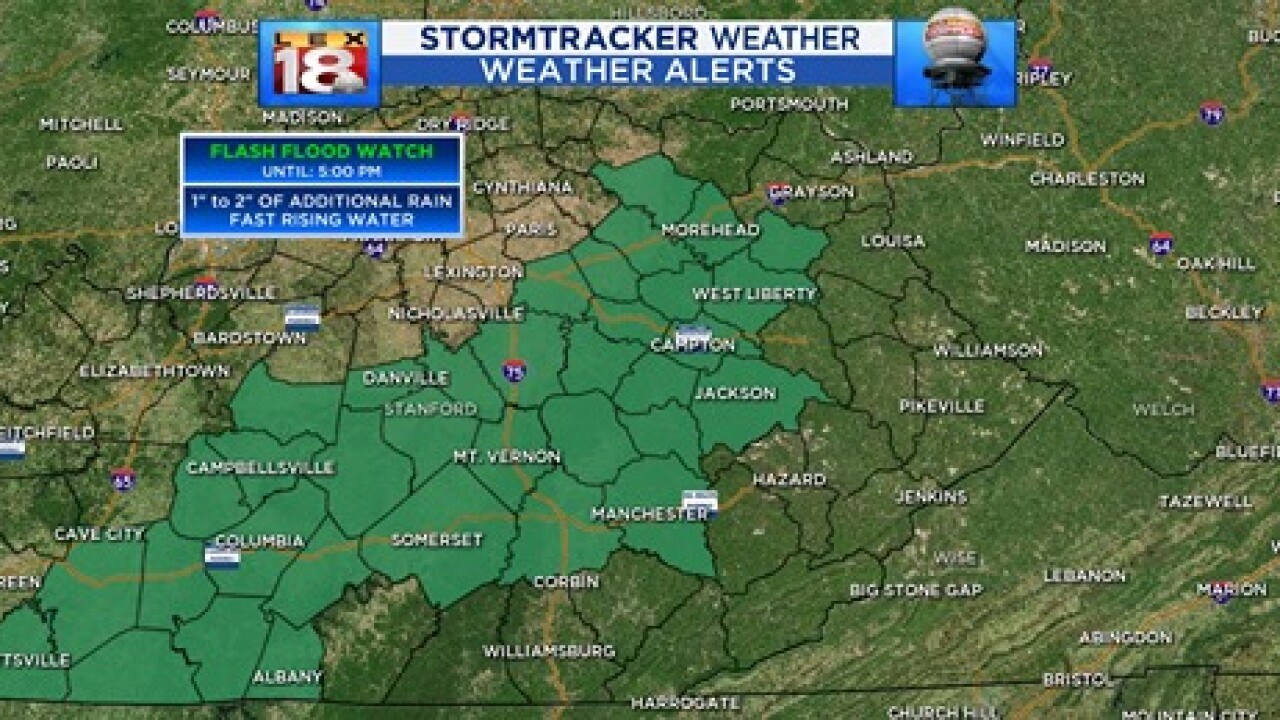 Showers and storms moved through yesterday with a weak wave of low pressure. Heavy rain and a little wind were the result. Some spots had flash flooding with the slow-moving heavy rain showers. Now we wait on the next wave with a weak cold front. All that’s left on the MaxTrack early this morning are a few scattered showers. The next wave will move through later in the morning and through the afternoon. Otherwise, it’s cloudy and mild.

Rain will be a little more widespread with the final push later this morning and this afternoon. There will be heavy showers embedded and thunderstorms will also result, especially as we gain some heating. Once the showers clear your area, clouds will hang tough for a few hours before seeing some clearing from the northwest as drier air flows in. The heaviest of the rain should escape the Bluegrass by late morning. South-central and counties east of I-75 will deal with rain from the late morning through the late afternoon. An additional 1” to 2” is possible, especially for counties south of the Bluegrass and Mountain Parkways. A FLASH FLOOD WATCH has been issued and will be in effect through 5:00 pm. Also, numerous flood advisories and warnings have also been issued, and will likely be issued through the morning hours. Watch for high water through the afternoon. Rapidly rising water is likely thanks to runoff from already saturated soils from previous rain. As the rain clears, cooler and drier air will work in bringing back a fall-like air mass with nice conditions for early week.