Unusual cold for this time of the year 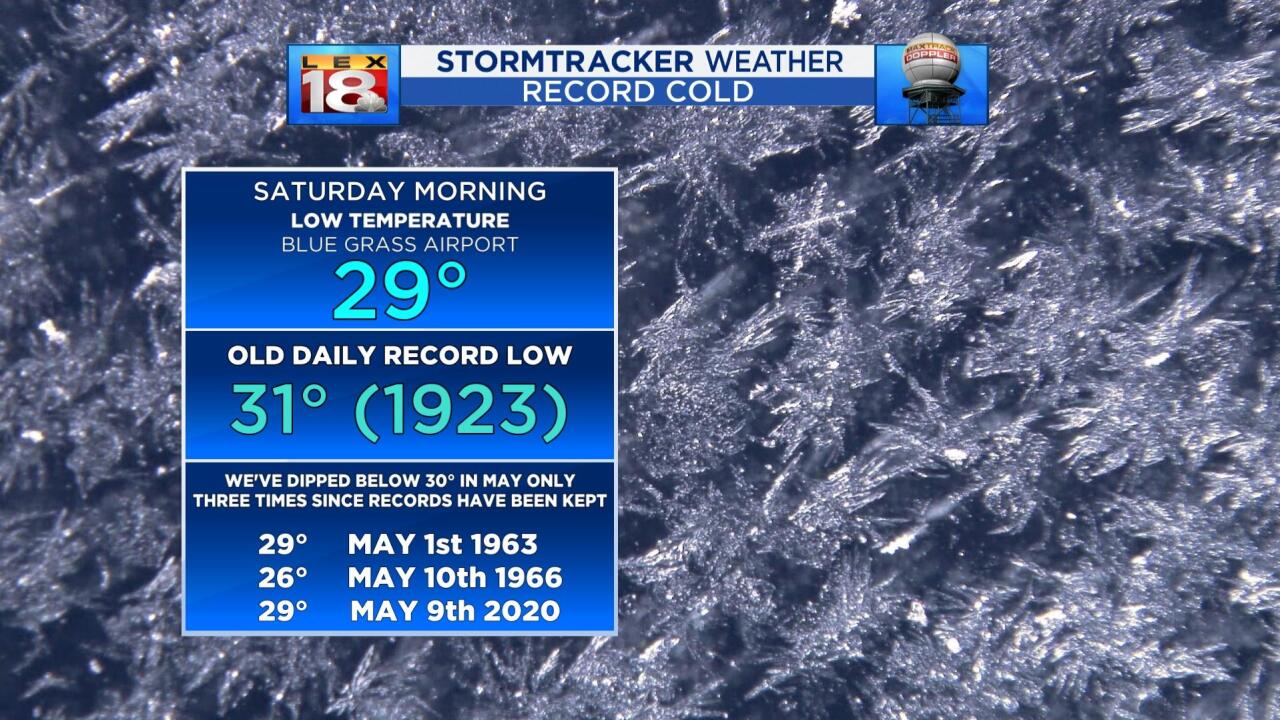 This cold snap we find ourselves in is more than just unseasonable. Impressive cold has settled in and is causing a headache for farmers and home planters alike. Thanks to a combination of this cold air, clear skies overnight, and a light wind, temperatures had the right ingredients to challenge records this morning.

We dropped to 29 degrees which breaks the old record of 31 set back in 1932. That’s the year the original Yankee Stadium opened and that team went on to win their first World Series title. The Hollywood sign also went up that year. Except back then, it read "HOLLYWOODLAND"

Other lows from around the state:

No doubt about it, this morning’s freeze is late in the season. However, we’re still a few weeks away from the record latest freeze which occurred on May 20th 1894. The latest hard freeze (28° or below) ever recorded was on May 10th 1966. Frosts have occurred as late as the end of May, and the latest was on May 27th 1961.

Bottom line…it’s time for this silly cold to go away. I’m ready for some warmth!