The life cycle of hail has many "ups" & "downs" 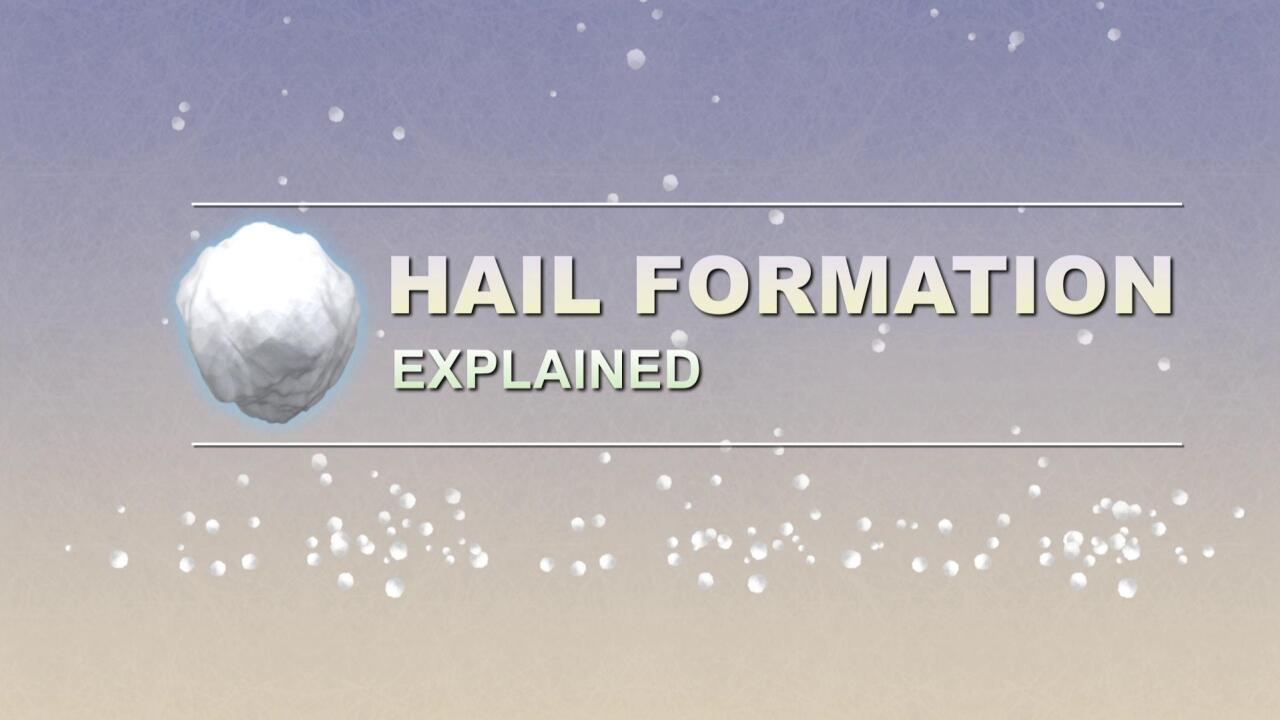 Severe weather is generally the talk of the spring season. Still, in the fall, as the temperatures change from hot to cold, the transition months bring up the chance for severe storms as the cold fronts get going. Since we have some nice weather outside and not much else to talk about, let's talk hail. Hail and its formation is one of my favorite meteorological phenomena.

Inside the thunderstorm, most of the rain falls to the ground. It does so with the downdraft. Usually that's where you'll find the rain core. Some of the rain doesn't make it however and gets caught by the updraft. That updraft carries the rain droplets high into the thunderstorm where the air is much cooler. As it does, the raindrop will freeze into an ice pellet which can now be called hail.

If the hailstones don't encounter a strong updraft, they will fall to the ground. This will be small (non-severe) hail usually the size of a pea or dime. Some hail gets caught in the updraft and will make several cycles up and down through the storm.

As this happens, the hail encounters different humidity levels throughout the storm. These differing levels determine what the hail stone looks like. For instance, when a hailstone moves up into a layer of the storm that is very cold and contains supercooled water droplets, the water sticks to the stone (called accretion) and freezes with a translucent layer around the stone. If the stone moves into a portion of the storm that has a lower humidity level but still contains water vapor, the stone will grow with a milky and more opaque layer.

These layers can alternate and if you cut into a large enough hail stone, you will notice an “onion” effect with the coloring. The white and translucent layers will be pronounced, telling the observer how many times the hail stone was lifted into a different part of the storm. In a way, it tells the “age” of the hailstone. The updraft is what determines the life cycle of a hailstone. Stronger thunderstorms have stronger updrafts and will therefore keep sending hail up into the storm, producing larger stones. Some storms produce an updraft of over 100 mph!

Once the stones become heavy enough for gravity to counter the downdraft, or if the storm's downdraft weakens, the hail will have the opportunity to fall to the ground. Hail that is an inch or higher in diameter is considered “severe” due to the amount of damage it can do to people or property.

Below is a handy chart to reference if you ever come across a hailstone.

Also, remember to take one of the stones inside before it melts and cut it in half (children, with supervision) so you can see how many times the stone was lifted inside the thunderstorm!