A look at the spooky day forecast in the past 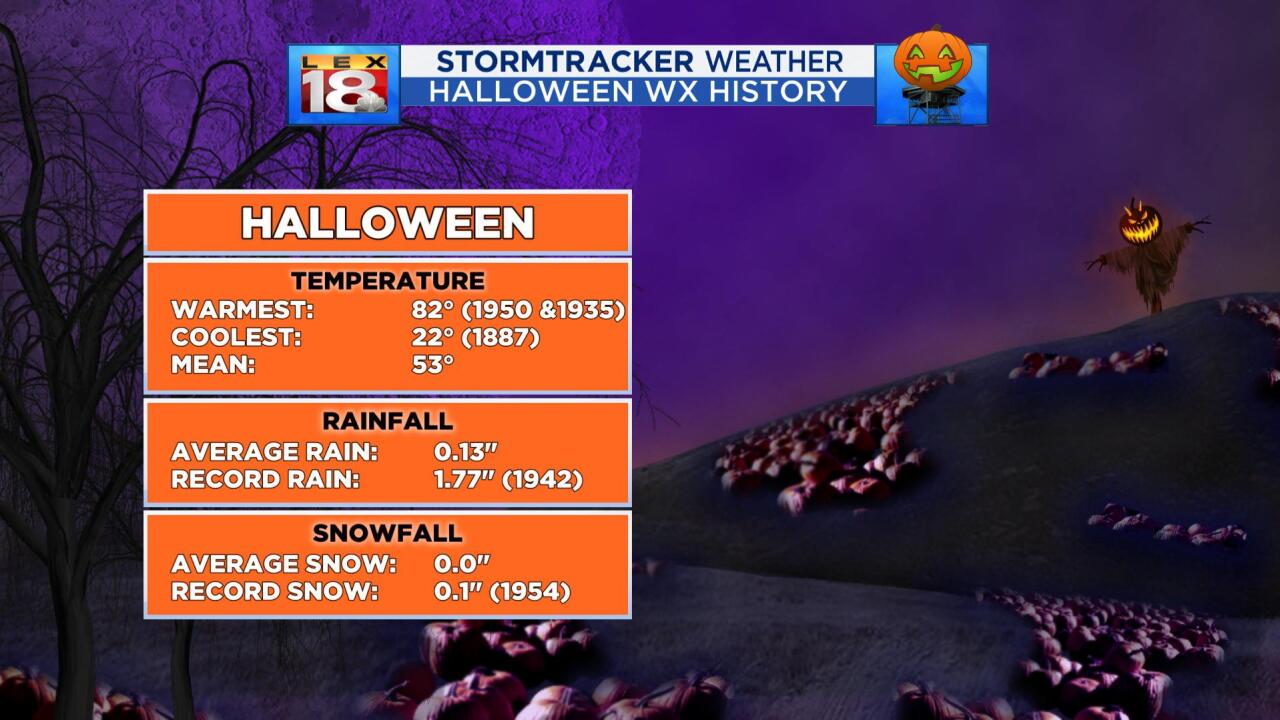 Halloween, like most holidays in Kentucky, has shown a variety of conditions across the years. There have been wet ones, cold ones, and hot ones. There’s even been a snowy one.

This Halloween, we’ll be blessed with a few of those descriptions. Halloween will feature rain showers in the morning that taper off into the early afternoon for most. This is due to a strong cold front that will deliver cold air in a hurry as it departs. Temperatures are expected to drop from the mid-60s early in the morning, to the upper 30s by the start of trick-or-treat time and continue to fall to freezing or below by midnight! Bundle up if venturing out for candy this year!

The warmest Halloween in the past was the afternoon of 1935 and 1950 where temperatures soared into the low 80s. 1887 recorded the coldest low of 22 degrees on All Hallows Eve. The mean temperature for the holiday from all records translates to 53 degrees.

We’ve had more dry Halloweens than we have had wet ones, and that’s evident by the 0.13” of average rainfall for the day. The wettest Halloween produced 1.77” of rain back in 1942. To date there’s only been one Halloween day that had measurable snowfall, and that was back in 1954. Three other days had snow fall, but only amounted to a trace.